Last month, word broke that The Suicide Squad’s John Cena will star in a solo Peacemaker series on HBO Max. However, it turns out that Cena won’t be the only cast member from The Suicide Squad to appear in Peacemaker (via SuperHeroHype). Deadline is reporting that Steve Agee has also joined the cast of the series.

Agee is playing two characters in The Suicide Squad. He’s providing the voice of King Shark, one of the primary members of the team. Additionally, Agee is portraying John Economos, the warden of the Suicide Squad’s home base at Belle Reve Federal Penitentiary. But Agee’s warden is the only one of those two characters slated to appear in Peacemaker.

James Gunn and Adee have previously collaborated in Super,  Guardians of the Galaxy Vol. 2, and more recently, Brightburn.

Gunn created the Peacemaker series, and he will write the series for HBO Max. He will also direct several episodes of the series. Production will begin in early 2021.

The Suicide Squad will hit theaters in August 6, 2021. HBO Max hasn’t set a date for Peacemaker.

What do you think about Steve Agee joining the Peacemaker spinoff? Let us know in the comment section below! 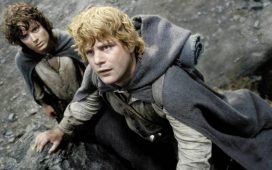