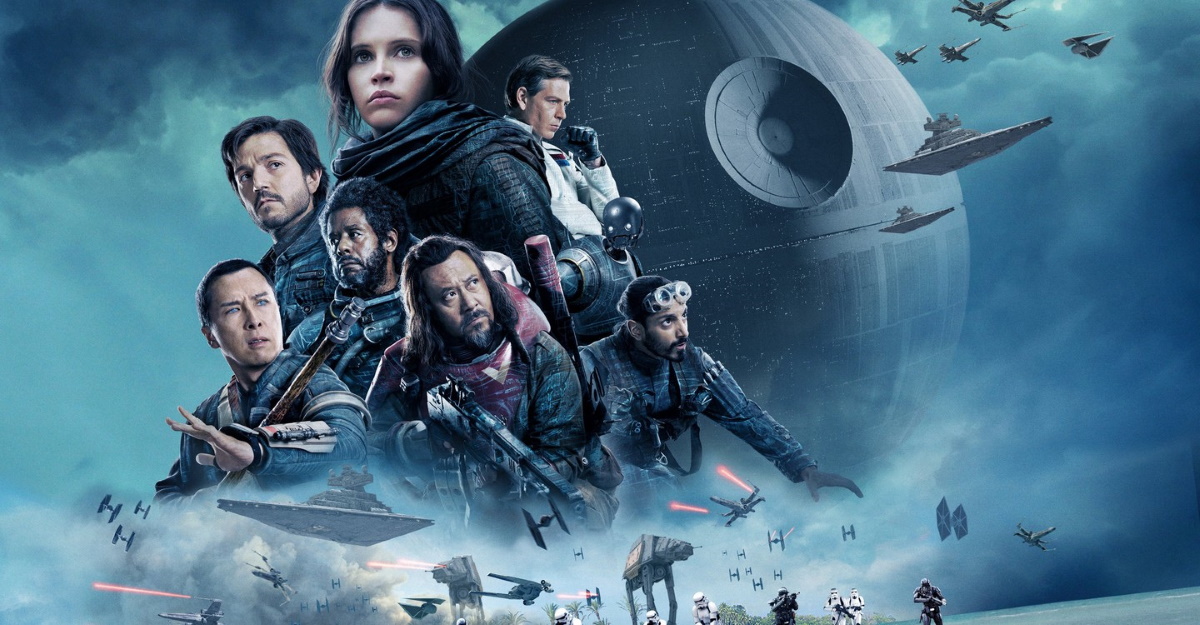 The Phantom Menace may have had the difficult task of introducing Star Wars to a whole new generation, but Rogue One was arguably lumbered with an even tougher challenge. Not only did it have to bridge the gap between George Lucas’s disappointing prequels and his beloved original trilogy, but it was also charged with steering focus away from the Skywalker saga for the first time in the franchise’s cinematic history.

With it being the first ever Star Wars spin-off movie (or anthology film, as some of us like to call it), it was difficult to know what to expect. But it didn’t take long for skepticism to seep in after it emerged that the film had undergone significant reshoots – to apparently give it more of a Star Wars feel. There were some rather juicy rumours circulating at the time that director Gareth Edwards had lost complete control of the project, with the Oscar-winning Tony Gilroy being brought in to oversee wholesale changes. This reportedly included an entirely different ending to the film, as well the addition of several other individuals who helped correct its course.

However, following the film’s release, Edwards insisted that they simply shot so much footage that it took them longer to pull together a final cut. Whatever the case, it seems safe to say that the end product was a resounding success. It grossed over $1 billion at the global box office and it managed to transport fans back to the golden age of the franchise, while also being something entirely new and daring.

Despite not featuring an opening crawl, the traditional fade and swipe transitions or even John Williams’ iconic theme music, Rogue One still somehow felt decisively like it was part of the Star Wars universe. That was almost singlehandedly down to the gritty and worn-out world inhabited by the characters, which instantly smacked of A New Hope’s aesthetic. And then then there’s also the fact that the entire film centres around a certain planet-destroying space station.

Set just before the events of A New Hope, the film follows a new character in Jyn Erso, who leads the Rebels in a mission to steal to the Death Star plans and expose its gaping wide weakness. However, with none of the heroes making an appearance in any of the subsequent Star Wars films, it becomes quite clear that they won’t be making it out alive. 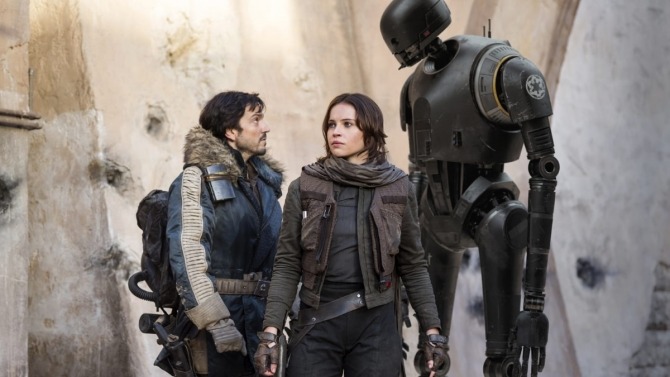 That’s perhaps what makes Rogue One such a satisfying watch. The fact that they’re all eventually disintegrated by a massive, population-cleansing green laser beam gave it a rewarding sense of finality – at least until they announced Diego Luna’s Cassian Andor would be getting his own spin-off series for Disney+. But it’s not a perfect film by any stretch. To a certain extent it feels like the entire thing is hinged on one particular crowd-pleasing moment – which we’re about to get into – and a couple of pieces of CGI wizardry.

The best lightsaber bit: This isn’t a film about the Jedi, and as such, laser sword action is in short supply. But for what it lacks in quantity it more than makes up for in quality. The one and only lightsaber scene sees Darth Vader finally show us the full extent of his skills and power as he tears through a bunch of Rebels with his red glow stick of death, using the Force to pin one unfortunate chap against the ceiling before slicing him in half, and flicking his Sith weapon around in a fashion that makes his sudden bout of arthritis in A New Hope slightly confusing. It’s probably a bit of a shame that this is the most memorable moment of film, considering how hard it works to be a gritty war epic, but if you say you didn’t need a cold shower after watching this scene, you’re simply lying.

Best non-lightsaber bit: Again, with this not being a Jedi or Sith centric story, Rogue One is essentially a non-lightsaber film. So really, the real question here is ‘what’s the best moment of the movie?’. There are plenty of memorable war scenes to choose from, but it’s hard to look past the dramatic sequence in which each Rebel is killed off one-by-one. From Bodhi Rook being blown up to the blind Chirrut Îmwe eventually being gunned down, this is the moment it really becomes clear that they’re all on a suicide mission. 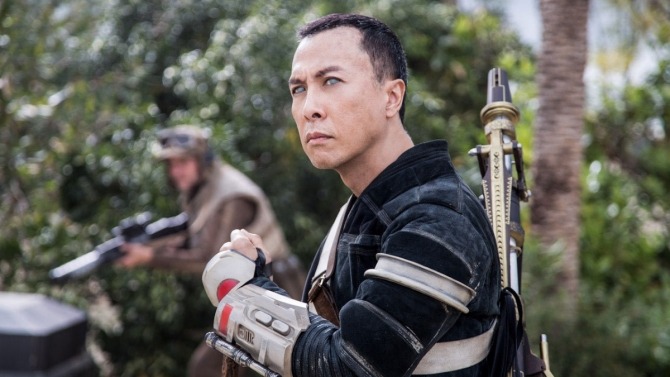 Jedi Wisdom: “I am one with the Force. The Force is with me,” Chirrut repeatedly chants as he miraculously evades a barrage of blaster shots. He may not be a Jedi, or possess any of their noticeable abilities, but’s certainly in touch with the Force on a spiritual level. When he’s eventually shot down and edging towards his death, he tells his buddy Baze Malbus: “Look for the Force and you will always find me.”

Who had a bad feeling about this? The honour of uttering these iconic words was this time given to the reprogrammed Imperial security droid K2-SO. Well, actually, he didn’t get to complete the whole sentence as he was silenced by Jyn. To be fair, they were in the midst of an incognito mission to steal the Death Star plans from an Imperial data bank. Probably best to be quiet.

Galactic stop-offs: We visit a whopping nine different planets in Rogue One, some of which we’d already seen in previous Star Wars films, but the majority are brand spanking new. First, there was Lah’Mu, the hiding place of the Ersos at the beginning of the movie. Then it’s the Ring of Kafrene, which isn’t strictly speaking a planet, but the trading outpost on the asteroid belt where we first meet Cassian. Next up is Wobani, an Imperial penal colony where Jyn is rescued by the Rebels. She’s then taken to their base on the familiar Yavin 4.

After this, we travel to Jedha, an Imperial occupied moon that also happens to be the historic home of the Jedi. Imperial forces are ransacking it for kyber crystals – which belong inside lightsabers but are also being used by the Empire to power the Death Star’s laser – before they eventually blow up the whole place anyway. Next up is Coruscant, the city planet we’re all very familiar with. Then it’s Eadu, the Imperial kyber refinery where Galen Erso and his research team is based. We’re then given a brief glimpse of Mustafar, the volcanic planet where Vader for some reason chose to place his castle and summon Krennic for a quick chat. And finally, Scarif, the site of the Imperial archives that hold the Death Star’s schematics.

Who wins? While the Rebels do succeed in their mission of stealing the Death Star plans and handing them over to a digitally de-aged Princess Leia, it hardly feels like a win for the Light Side, given the fact they’re all wiped out by the end of the film. If anything, it’s more of a delayed win, since we know their efforts will eventually lead to Luke Skywalker blowing up the first Death Star. But what thanks did the heroes of Rogue One get? Nothing more than a passing mention in A New Hope. Charming.