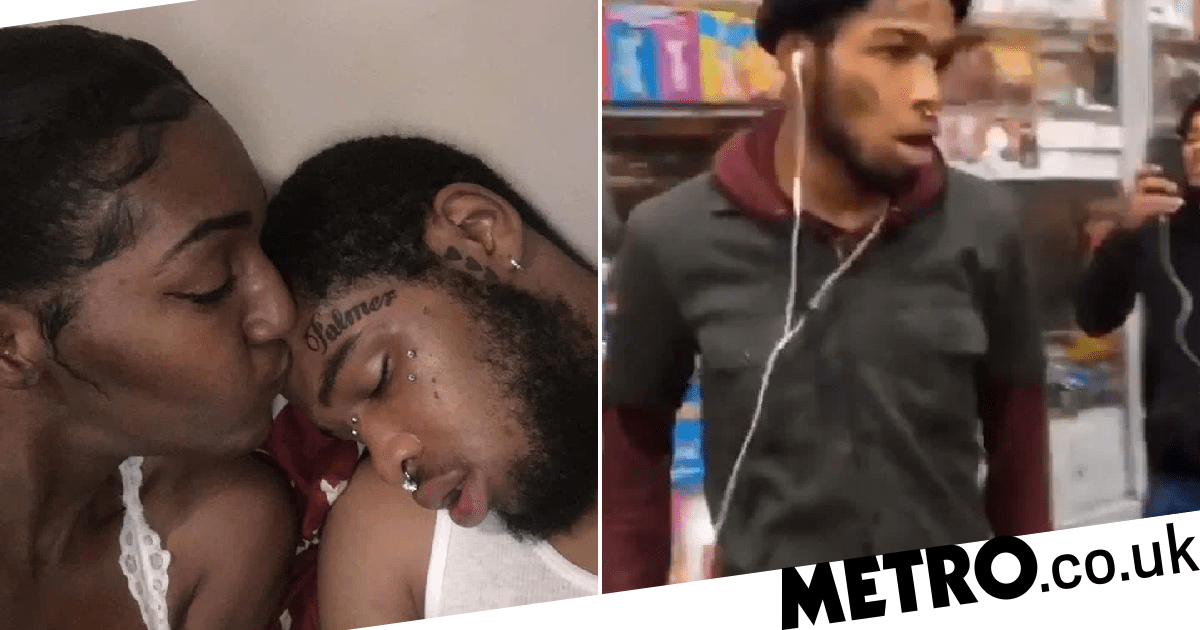 I once dated a man who was thoroughly ashamed of me being trans.

He was ridiculously handsome and couldn’t have been more into me. On the first night we were together he said he would do anything for me. That is, anything except being seen with me in public. After a few months of a passionate secret affair he called it quits, saying it ‘wasn’t because I was trans’. It was.

After hearing about a young man named Maurice in the US, who killed himself after being viciously abused for openly loving a trans woman, I was reminded of how many people don’t think people like me are worthy of love, and how our lovers are shamed for simply loving us.

This causes people like my aforementioned secret lover (and others after that) to hide away in shame and disgust of themselves and their desires.

All this shame has created an underground culture where men will only date trans women in secret, making trans women even more unsafe than before. Trans women and trans people in general face heightened levels of domestic and sexual violence in the UK, with 28 per cent of trans people having experienced abuse from a partner at home in 2017.

On the whole, trans people are increasingly likely to face violence, with reports of hate crimes rising by 81 per cent in 2019. In the US, 16 trans people have reportedly been killed in 2019 alone, with 15 of them being trans women of colour. In March 2018, a trans woman called Naomi Hersi was murdered in Hounslow UK, and in January 2019 a trans woman called Amy Griffith was murdered in Worcester in central England. Regardless of what you think of trans people, none of this is acceptable.

The only time we hear about men dating trans women is in some Hollywood scandal where a man was ‘caught’ paying for an escort, or on online relationship advice forums where horrified women report that their husbands are having affairs with trans women. Most of them start questioning their husband’s sexual orientation and say it’s even worse than if he was just having an affair with a woman who wasn’t trans.

Men like Maurice are constantly punished for passionately loving trans women in a world that largely thinks trans women are not worthy of love.

While few men would openly admit their infatuation with trans women, it’s obvious to those of us that are trans that the pool of men wanting us is more than a small pond, and more like a large ocean. But instead of it being out in the open, it is neatly tucked away underground so that no one can see them dip their toes in it.

Online subcultures on websites like 4chan and Reddit call trans women ‘traps’ – which could be described as tantalising and beautifully passing creatures that lure innocent heterosexual men into having (‘gay’) sex with them without telling them they’re trans, as the ultimate game of deception. Because we all know that women’s sexual activities or desires are of course always centred around the pleasure of men.

The way men who date trans women are automatically regarded as gay or bisexual can easily be seen in any public discussion on the topic, and the men dating them face a barrage of homophobic abuse, with their sexuality constantly called into question. This once happened when a guy introduced me to his family, who had googled me and found out I was trans prior to meeting me. Instead of asking me the standard questions about where I’m from and where I work, they started asking whether I’d had ‘the op’ and whether he was now gay or bisexual.

Maurice may have died by suicide, but what really killed him was one of the worst forms of toxic masculinity. And if we don’t eradicate it, everyone will continue to suffer the consequences, regardless of gender or sexual orientation.

MORE: As Iceland strengthens trans rights, hate crime in the UK rises. We should be ashamed

MORE: You have nothing to fear from trans people in public pools – we’re the ones who are scared

MORE: Trans people need to fight to protect abortion, this ban impacts us too