The Scariest Horror Videogames You May Not Have Heard Of – FANGORIA


When Capcom published the first Resident Evil on the original Sony PlayStation, it effectively started an entirely new genre of interactive horror. Dubbed survival horror, Resident Evil, and many games like it (including the Silent Hill series) prioritized atmosphere and storytelling with a combination of item management and puzzles. Since those halcyon moments of the late ’90s, survival horror has evolved to become a touchstone across genre-bending story-driven experiences. Games like FEAR, Dead Space, Amnesia, Outlast, and more have carved their own unique section in the world of interactive horror, and major franchises like Gears of War and even Nintendo’s own Luigi’s Mansion inspire their own take on things that go bump in the night.

Whether you’re already a fan or just getting into the uncanny possibilities video games offer by way of panic and fear, there are so many games that got lost along the way. Just because a game might be among the scariest ever created, it doesn’t mean it’ll float to the top. There are tons of games that have, for many reasons, languished since publication 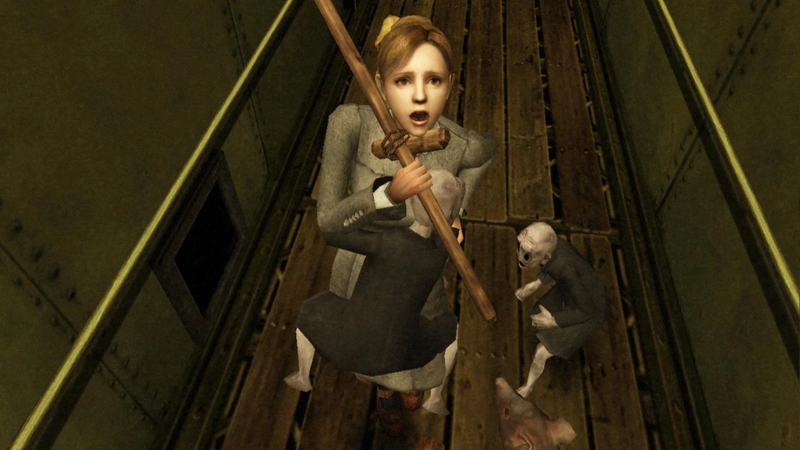 A perfect example would be Punchline’s 2006 game Rule of Rose. Released towards the tail end of the Sony PlayStation2’s life cycle, Rule of Rose sold poorly and garnered a cult following only years later, often considered a pricey collector’s item. The game follows a young woman named Jennifer, who ends up trapped in the woods. She follows an ominous path leading to a seemingly abandoned house belonging to a group of kids who call themselves the Red Crayon Aristocrats. They have taken on their own rule, a la Children of the Corn, complete with bizarre torture rituals. 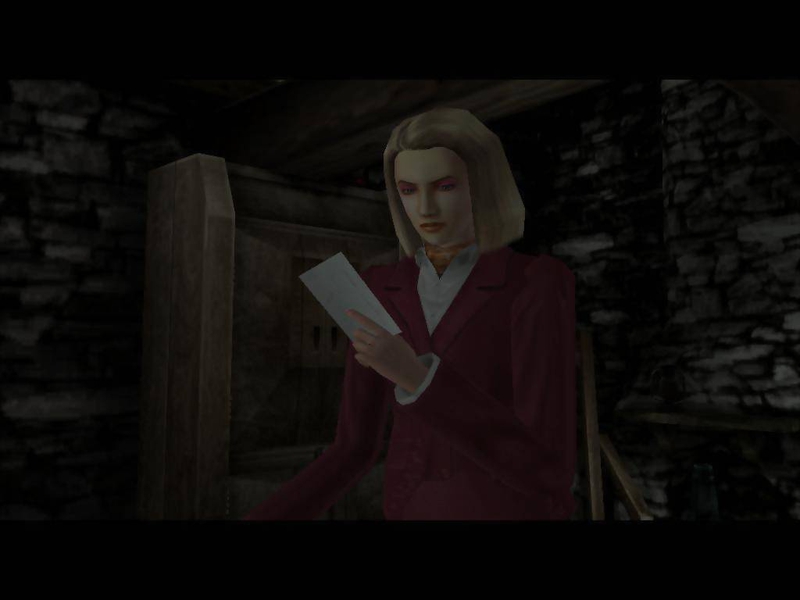 The late Kenji Eno, a Japanese game auteur known for Myst-like slow burns like D and Enemy Zero, worked on a game for Sega’s last console, the Dreamcast. Though titled D2, it shared only the protagonist’s likeness and name, Laura Davis, with his previous games. Where the original D involved a killing spree and alternate dimensions, D2 involves nothing less than the end of the world by way of a cosmic menace. When Laura’s plane is hijacked and crashes, she ends up lost in the snowy Canadian wilderness while weird tentacle monstrosities hunt her down. The game uses an eclectic mixture of first-person combat, third-person exploration, and numerous puzzles to conjure a persistently unsettling atmosphere that gets under your skin. 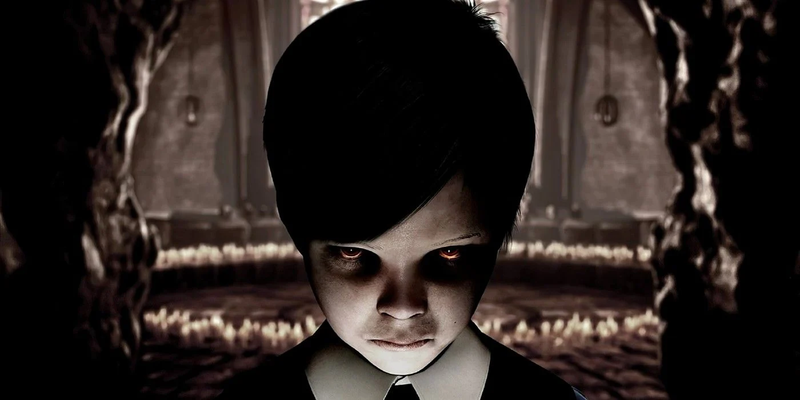 If you’ve ever wanted to play a game that captures elements of horror classic The Omen well, Lucius is that game. Though this title never came to consoles, Lucius puts players in the mind and body of the eponymously named Lucius, who is born into a rich family with potential ties to the mob. His family’s mansion is the only setting he’s ever known. One night Lucius is visited by Lucifer himself, revealing he is Lucius’ true father, which culminates in classic textbook demonic powers. Players control Lucius and go around murdering people in the mansion using telekinesis and mind control powers to orchestrate crazy accidents. Think Hitman but more heinous. 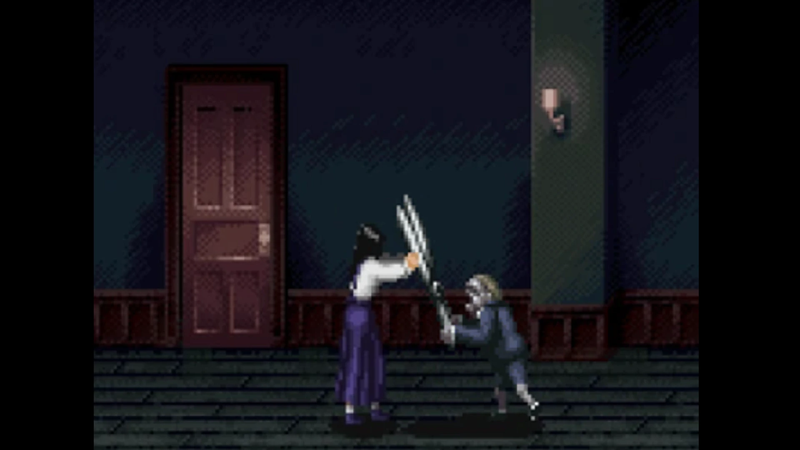 The Clock Tower series occupies an interesting corner of interactive horror. Though even older than the Resident Evil series, the original game came out on the Super Famicom (the Japanese equivalent of the Super Nintendo) and never saw release here in the States. The series has numerous sequels across multiple generations of platforms. The very concept of stealth horror, particularly being chased by a killer, owes much of its influence to this series. The first game stands the test of time remarkably well. With an English patch available for the SNES/Super Famicom version, players can experience being hunted by the Scissor Man, a sadistic killer that shows up unannounced and relentlessly hunts you down in hopes of chopping you to bits with his human-sized pair of scissors. A version of the first game was produced for the original Sony PlayStation, though it differs both in dimension (opting for 3D versus the sprite-based textures of the Super Famicom version) and some story details. Before there was Outlast or even the Remothered series, there was Clock Tower. 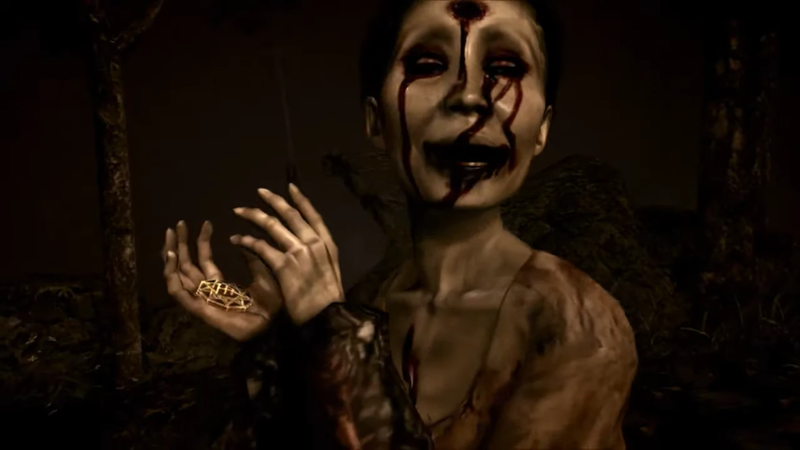 Another horror series that simply never found its audience beyond a select group of horror aficionados, Siren and its various sequels owe a lot to Silent Hill in both its atmosphere and concept of an outlandish event resulting in the sudden destruction of the known world. In Siren: Blood Curse, the original game was made into an episodic game with a dozen plus characters, all of them at ground zero when an odd ritual is held, resulting in a deadly civil distress siren beckoning everyone except for the game’s cast to turn into sadistic killers that bleed from their eyes, mouth, and more. The first time you’re chased by what used to be a simple shopkeep, who is now laughing sadistically while bleeding from his eyes, you’ll see why maybe this game was too much for most players. Add in the extreme stealth and difficulty due to most of the cast being untrained with weapons and you have a game that’ll test your patience while also scaring you shitless. 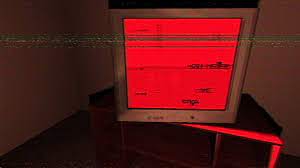 Of course, not all of the lesser-known horror experiences are games that didn’t benefit for the marketing (or lack thereof). There are also indie titles developed for PC aimed to capture a blend of experimentation and ingenuity. Among one of the finest examples of brooding horror is Anatomy, a game developed by Kitty Horrorshow and released on itch.io, an indie distribution platform. By intentionally using early 3D graphics normally found in ’90s games on consoles like the Sega Saturn or Nintendo 64, Anatomy lures players into unsuspecting territory. The game simply does not look like it’ll cause much of a reaction at first, much less scare players. The premise is simple: Players explore an empty house, discovering and then listening to a series of audiotapes while the house itself reacts. Eventually the game starts to glitch out and crash; if players decide to keep playing, they discover an increasing level of intensity while the house miraculously continues to devolve into outright horror. 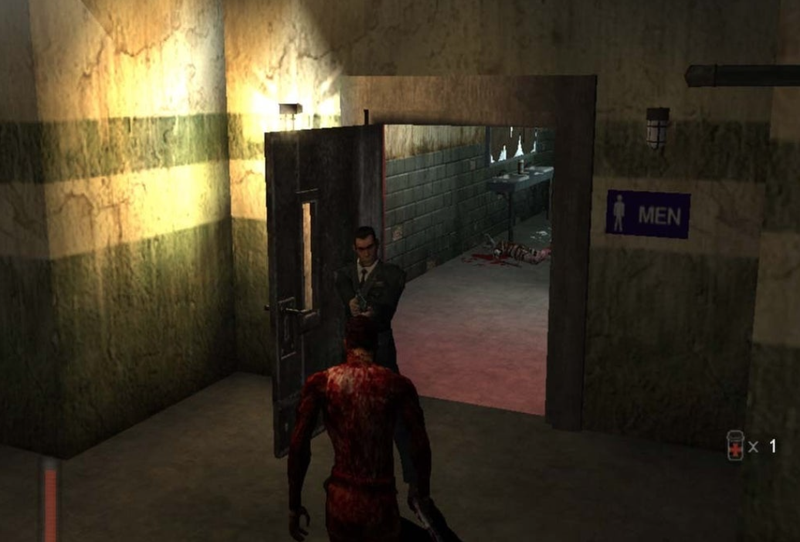 During the height of the PlayStation 2 and original Xbox, Midway games published an action horror game set in prison. Called The Suffering, players take on the role of a convicted murderer named Torque, who is on death row for murdering his ex-wife. When an earthquake suddenly hits the site of the prison, the fictional Carnate Island becomes a hellhole full of monstrosities. It turns out that Torque is well equipped to handle the supernatural and can even transform into his own monster version during times of extreme bloodlust. The Suffering was particularly well-done in both the story, and the metaphorical nature of the games enemies being the physical manifestations of criminal intent, as well as the extremely effective atmosphere that straddled opposing extremes of violence and horror. The game was successful enough to warrant a sequel which, you might expect, did not match the benchmark set by the original. The Suffering has quickly been lost to time and copies likely end up at the bottom of the bins at Goodwills and other thrift stores. 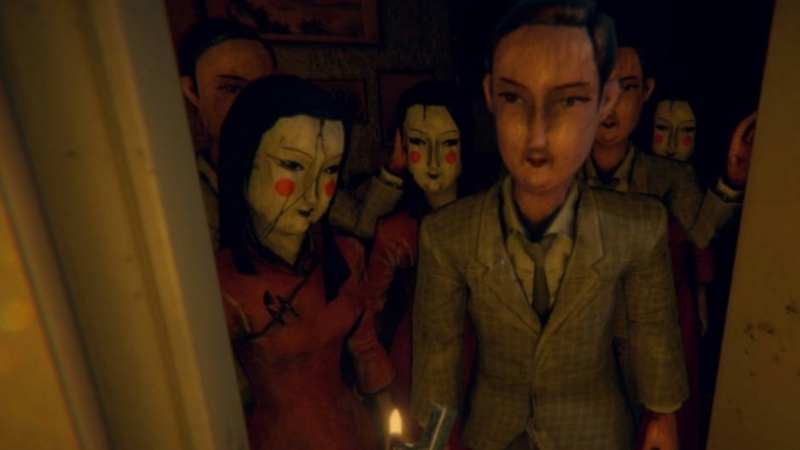 Devotion‘s relative obscurity is a result of controversy and censorship. What should have been a well-received sophomore effort by Red Candle Games after their debut game, Detention, which arrived on consoles and PC to critical acclaim, Devotion was an entirely different story. Though the game was instantly touted for its uniqueness and atmosphere, plunging players into a derelict and increasingly odd Taiwanese apartment building set in the 1980s, the game was pulled from Steam after an Easter egg referencing Xi Jinping, the former General Secretary of the Chinese Communist Party, was discovered in one of the game’s apartments. Since then the game has been rereleased directly from Red Candle Games but the damage has seemingly been done. The hype and attention originally in place at the time of launch has disappeared and the game, though a fine example of brooding and demented horror, looks to have been passed over by players. Don’t let that happen. 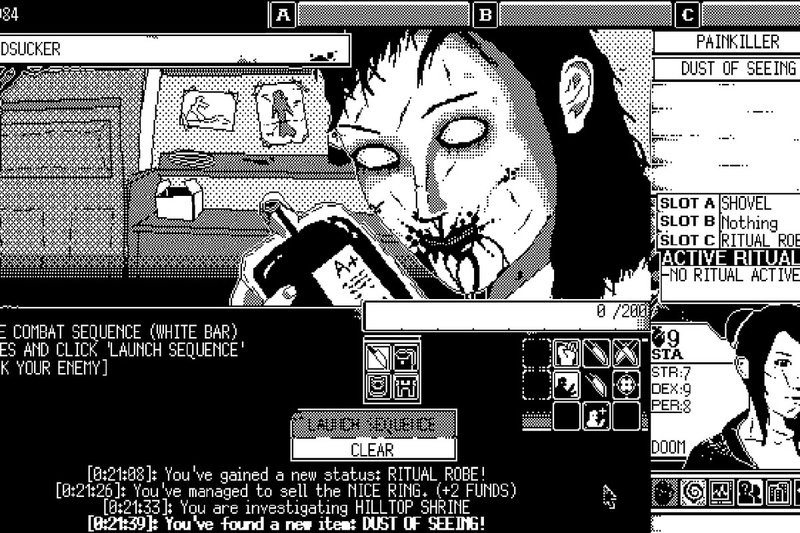 Some games are destined to be a novelty, cherished by those that “get” it and an unknown by those who don’t even know it exists. Such is the case for Ysbryd Games’ 2020 title, World of Horror. The game sports an interesting pixel art style draped in pure black and white. The art style is reminiscent of the work of Junji Ito (Uzumaki) and the game’s storyline calls to H.P. Lovecraft and cosmic horror. Players explore the town of Shiokawa, Japan and fight various bizarre creatures in an effort to stave off the apocalypse. The game is still in early access, which leaves some hope in it getting a wider release, essentially making its inclusion in this group of games moot and unnecessary. Only time will tell! 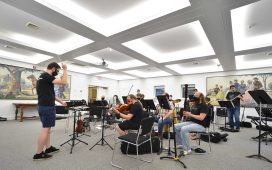 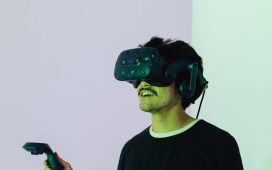