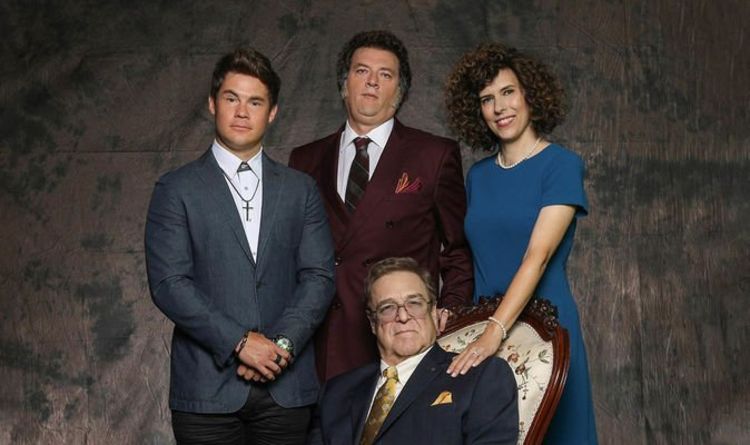 Who is in the cast of The Righteous Gemstones?

HBO describes Dr Eli Gemstone as: “The larger-than-life patriarch of the Gemstones [who,] when he’s not tending to his gold mine of a flock [is] mediating petty disputes among his three children.”

The character is played by John Goodman, the Emmy and Golden Globe-winning star of Roseanne, The Big Lebowski and 10 Cloverfield Lane.

Eli’s eldest son is Jesse, a party boy embroiled in a blackmail plot that sees him trying to protect his family-man image.

The youngest of the Gemstone siblings is Kelvin, whose innocent image hides a fiery streak.

Eli’s only daughter Judy is forced into a secretary role by the family, but HBO promises: “She has a few tricks up her sleeve in addition to the chip on her shoulder.

Edi Patterson, who plays Judy, has also starred in Vice Principals, The Last OG and Black-Ish

BJ is Judy’s fiance, with whom she is ‘living in sin’ in what she thinks is secret.

The character is portrayed by Tim Baltz of Bajillion Dollar Properties, The Opposition with Jordan Klepper and Drunk History.

Amber Gemstone is the wife of Jesse, a former journalist and convert to the church.

Keefe Chambers is a former Satanist who has now been ‘saved’ by Kelvin.

Tony Cavalero stars as Keefe following roles in the TV version of School of Rock, Hart of Dixie and recent Netflix film The Dirt, where he played Ozzy Osbourne.

He is brought to life by Walton Goggins, the Emmy-nominated star of The Shield, Justified and The Hateful Eight.