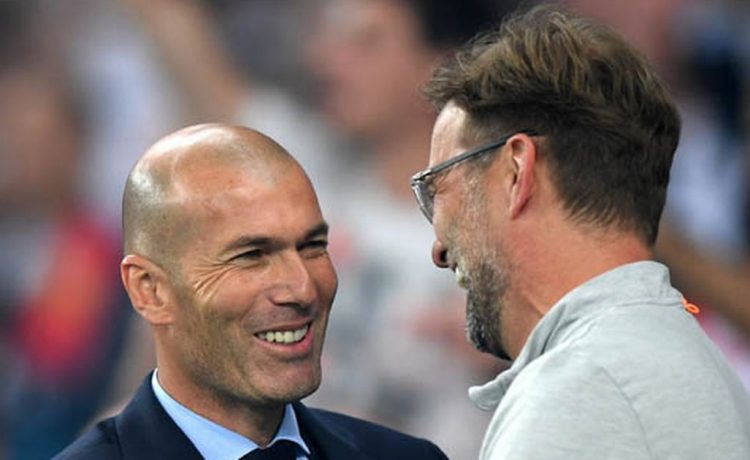 It is one of the biggest games in world football…but will be hosted at perhaps the smallest venue Liverpool have ever played a Champions League knock-out tie in.

Real Madrid, perhaps with a canny eye on getting a real advantage in Europe, have been given permission to play their ties not at the fabled Bernabeu, but on their training ground pitch, the Estadio Alfredo Di Stefano.

It is the small stadium at Real’s training ground where the B team play, and the pitch where Zinedine Zidane’s side train now virtually every day.

Madrid have chosen to play their games there this season whilst the Santiago Bernabeu is being renovated. But there is method in the madness.

Instead of being inspiring at their opponents’ iconic home, Liverpool will have to play in a stadium similar in size to non-league Merseyside club Marine’s Rossett Park ground, which famously hosted Spurs in the FA Cup this season.

Meanwhile, Real Madrid’s unsung local hero Nacho is adamant he is up to the task of stopping Mo Salah.

The defender has emerged from the shadows of the Madrid squad where he has spent his entire professional career, to become one of the mainstays of their season.

Now, in the absence of injured skipper Sergio Ramos, he will be given the job of stopping Salah, and he admitted to being excited by the prospect.

“Look, Mo Salah wasn’t wrong when he said they have become winners and we’ve lost Cristiano Ronaldo since we last met,” he explained.

“They’ve won many things since, but I still don’t think there’s such a big difference between us. We’ve always been a competitive team, and we are playing well now – we have a great squad.

“Salah has a point, but we are focusing on stopping him and Liverpool.”

To stop Salah, now one of the most prolific strikers in Europe, Nacho insists it is much as a mental challenge as a physical one.

And he added: “At this level and this stage of the competition, it is most important to prepare mentally and focus on the specific fixture than who you are going to play against.

“These are the matches where you have to be ready mentally and prepared for the emotional experience.

“I enjoy the challenge. I enjoy playing against opponents such as Salah. The important thing for me is to be better than the opponent. I must be fully prepared mentally for that, and I like that challenge.”