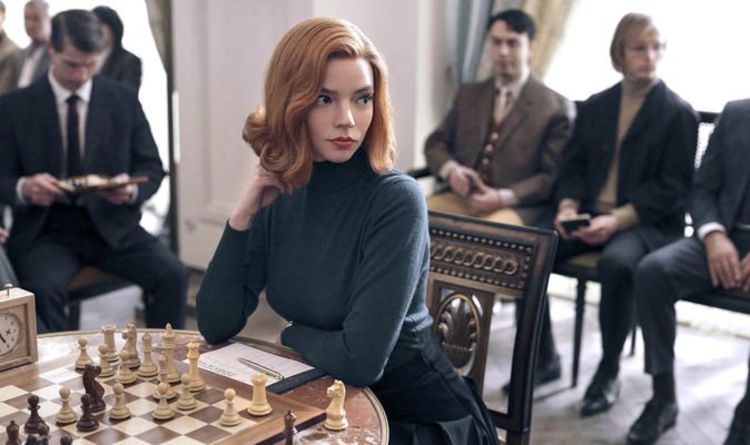 A record-setting 62 million households chose to watch The Queen’s Gambit in its first 28 days, making it the streaming service’s biggest scripted limited series.

Now the daughter of writer Walter Tevis has opened up about the secret heartache behind the story and how her family will never see a penny from the hit television drama because the rights were sold off by his Scottish widow.

Julia McGory says her dad was hooked on tranquillisers just like the precocious Beth Harmon character, played by Taylor-Joy, 24. And it was only when he got clean that he could carve out a lucrative writing career.

Walter divorced her mother Jamie in 1977 and moved to New York, where he married literary agent Eleanora Walker and wrote a series of best-selling books, including The Queen’s Gambit.

Julia, 63, said: “Writing did not provide a great standard of living. We might have been able to take a nice vacation or something after a book was published, but we weren’t wealthy, even though many people assumed we were. “Dad drank wine and whiskey and maybe gin – and I knew when he was drinking because he started talking a lot. “He was a happy drunk and he just wouldn’t shut up. “He wasn’t a mean drunk but the problems were fighting with my mother and not being able to depend on him.

The show’s success is due partly to the mesmerising break-out performance of star Anya Taylor-Joy (Image: Netflix)

“He wanted to be a writer but he didn’t have the time and he was raising a family so it must have been frustrating. As well as alcohol, he was also addicted to those pills Beth takes in the Queen’s Gambit. When he stopped drinking he substituted alcohol with pills. I think he took Lithium or it might have been Valium, I can’t remember.

“But I would see the pills in the drugs cabinet at home.

“I think they made him more relaxed and helped him sleep better.”

Walter died from lung cancer aged 56 in 1984, a year after the Queen’s Gambit was published and the film rights were sold to Scottish script writer Allan Shiach, also known as Allan Scott, in 1992 for an unknown fee.

After a number of false starts, actor and chess enthusiast Heath Ledger was set to star in and direct the movie, with actress Ellen Page as Beth.

A record-setting 62 million households chose to watch the show in its first 28 days (Image: Netflix)

But he tragically died from a prescription drugs overdose the year it was due to start filming, in 2008.

Walter’s widow Eleanora, who was raised in Lochwinnoch, Scotland, then died aged 80 in 2017 after a number of suicide attempts.

And it was only this year that The Queen’s Gambit was finally screened on Netflix, with Shiach staying on as a producer.

Julia teaches English as a Second Language at Ohio State University and, along with her brother William, she took over running her father’s estate when her stepmother died.

She revealed: “When you sell movie rights you’ve sold them.

“They were gone a long time before we came onboard.

“Netflix did come to us because they needed to make sure that the movie rights were sold outright and everything was sound, but I’m not sure how much I can talk about that.

“It doesn’t matter how much it makes, we don’t get any of those proceeds.

“I haven’t looked into how much they have made from the series as that would be depressing. We have never got rich off dad’s work so we don’t really think about it.

“But we’re happy because the series will promote the sale of his books and that is exciting.

“And I think dad would have loved the series, I really do.

“I would like to think that some of me is in Beth.

“She is kind of a smart ass like I was a smart ass, but she is brilliant and I’m not brilliant – I don’t think I’ve ever won a game of chess in my life.

“But my father’s sister Betty was, so maybe she is based on her. It’s a melancholy thing for me reading his books and even watching Queen’s Gambit is kind of sad because those are words my father wrote.

“His books are touching and very relevant even though he wrote them a long time ago. I’ve always been proud of my dad.”

READ  'The Crown': On set with Olivia Colman and the new cast of Netflix's royals drama