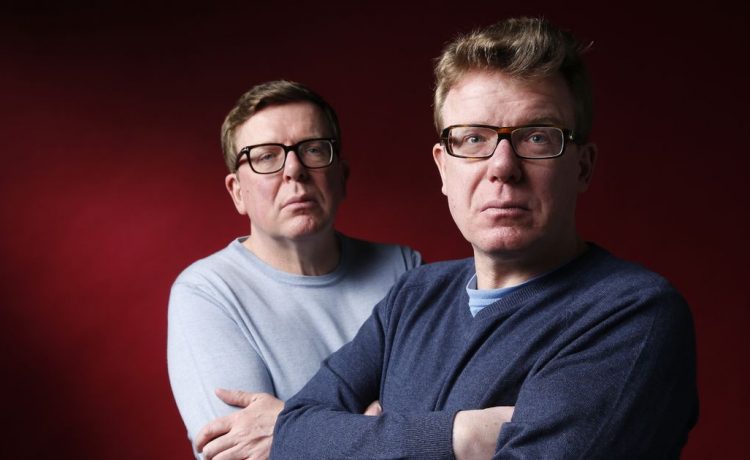 The Proclaimers have gone viral after the face of convicted paedophile Jonathan King appeared on their double bass.

Singers Craig and Charlie Reid, whose hit song Sunshine On Leith recently appeared on BBC1’s Comic Relief broadcast for Red Nose Day, were featured in an old episode of Top of The Pops.

Repeats of the much loved music show are currently airing on Friday nights and across the weekend on BBC4 in the order they first aired back in 1989.

This week’s episode featured The Proclaimers singing a cover of King Of The Road in 1990, but eagle eyed fans noticed there was a controversial sticker featuring Jonathan King on the band’s double bass in the historic episode.

Jonathan King was jailed in 2001 for seven years for abusing teenage boys.

Pop mogul King sold an estimated 40million records using various names and discovered the rock group Genesis before he was convicted of sex assaults on five boys aged 14 and 15 in the 1980s.

Another commented: “Rather unfortunate sticker of Jonathan King on the Double Bass #totp1990

While another questioned: “Is that a sticker of Jonathan King on the Proclaimers double bass?”

Some described it as ‘awkward ‘ and added that it ‘didn’t age well’, as the Top of The Pops Facts Twitter account noted: “Eagle-eyed viewers may have noticed that this The Proclaimers performance features a picture of Jonathan King’s face stuck to the double bass (“King” Of The Road, geddit?) #TOTP ”

Referring to the Operation Yewtree investigation into sexual abuse allegations, predominantly the abuse of children one person suggested: ‘Surely that should’ve been pixellated for a 2021 repeat. #yewtree#totp ”