The most controversial BAFTA Film Awards moments ever 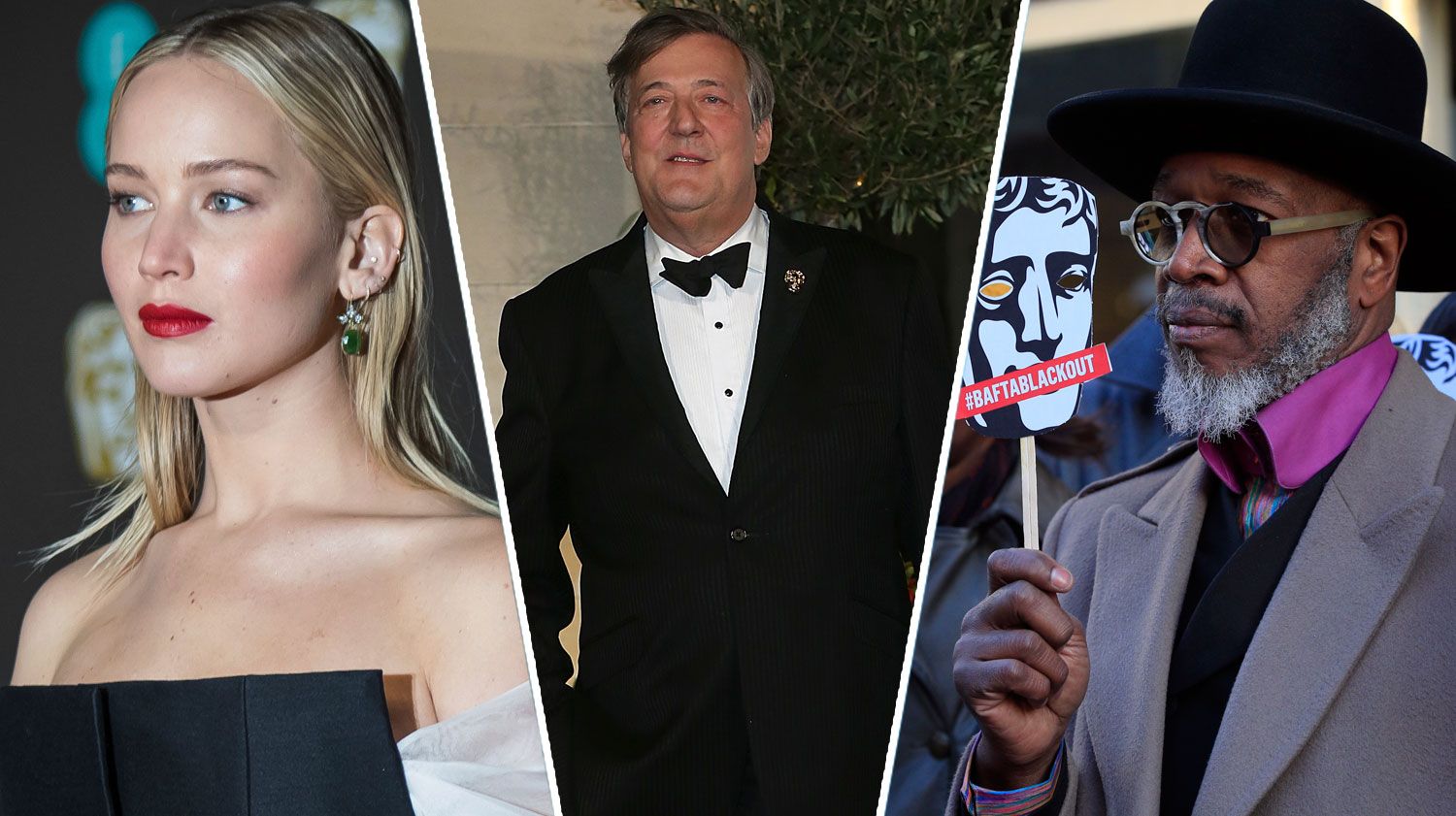 For example, who knew that Jennifer Lawrence was going to start a FEUD with Joanna Lumley, OBE? The 2018 ceremony was barely moments old before Lumley stepped up to introduce Lawrence.

“Right let’s start giving out some of those beautiful BAFTAs shall we?” Lumley said.

“And we start with the award for Outstanding British Film and who better to kick the whole evening off than the hottest actress on the planet.”

“Soon to be seen in Red Sparrow, it’s the ravishing Jennifer Lawrence.”

Looking uncomfortable, Lawrence replied with a deadpan: “Hi, that was a bit much but thank you Joanna.”

Viewers were NOT happy.

Jennifer Lawrence doesn’t get to diss the loverly Joanna Lumley. It’s just not on. #EEBAFTAs

Lawrence was forced to explain, telling Magic Radio: “Everybody thought that I was being rude. But to be fair, I couldn’t have just walked out after she was like, ‘biggest movie star in the world!’ and gone, ‘thank you, Joanna’.

“It would have been like, ‘so you agree? You think you’re really pretty’.’”

READ  'Detective Pikachu': Ryan Reynolds 'threw everything at the wall' for his bizarre/brilliant role

When the guests of the 2002 Baftas arrived at the red carpet for the awards show they were greeted by an entirely different sort of bubbles than they expected.

Rather than a cool glass of champers, guests at the 55th British Academy Film Awards found the red carpet was drenched in a thick layer of soap suds. Stars including Kate Winslet and Dame Judi Dench had their shoes ruined after torrential rain turned the carpet into foam in London’s Leicester Square, where the awards were hosted that year.

Kevin Spacey, who was presenting an award, joked that Dame Judi Dench’s shoes had been ruined and she was holding organisers responsible. Host Stephen Fry replied: “I think it’s the years of greasy flattery given to actors which is finally bubbling up.”

Reports at the time laid the finger of blame at the suppliers of the carpet, saying that flame retardant chemicals had reacted with the torrential rain. It was later destroyed.

2019 was an incredible year for women directors. Whether it was Greta Gerwig’s Little Women or Lulu Wang’s The Farewell, or many more examples, women directors deserved to be rewarded for their incredible work at every single awards ceremony in 2020. Which probably explains why people were so upset to see yet another all-male line-up at the BAFTAs this year.

READ  New to 'Star Wars'? Here are 13 basic things to know before you see 'The Rise of Skywalker'

It wouldn’t be so bad, if the BAFTAs hadn’t been through the EXACT SAME THING last year, when they snubbed Lynne Ramsay’s You Were Never Really Here and Debra Granik’s Leave No Trace and everyone noticed that they haven’t nominated a woman for Best Director since 2013.

BAFTA chief executive Amanda Berry said it is “disappointing” that there are no female directors recognised.

She said: “Being totally honest we are disappointed and that is not to take anything away from the people who have been nominated.

“We do have 13 directors nominated who are females across other categories, so everybody from Jennifer Lee who directed Frozen 2, and this is what gives me joy and hope actually, six female directors in the shorts category and that is the category where we are really seeing talent at the start of their career and they are the industry of the future but we are going to do more, we are not going to stop pushing.”

Which really doesn’t explain why things haven’t changed this year, but okay.

In 2016, protestors took to the Bafta red carpet to highlight an uncomfortable truth about the awards – there were barely any black nominees. Beasts Of No Nation star Idris Elba, who was nominated for best supporting actor, and Star Wars actor John Boyega, who ultimately won Rising Star, were the only black actors on the 2016 shortlist.

‘Creatives of Colour Network’ demonstrated at London’s Royal Opera House, with placards and banners. Did it make a difference? Let’s have a look at 2017 and see, we’re sure it’s fine.

Oh. In 2017, NO BAME actors were nominated for leading-role categories, or for best director. When you consider this was the year that Barry Jenkins was winning awards for Moonlight (packed with stunning performances), and Denzel Washington scorched the screen in Fences (both were nominated for Oscars that year) that’s actually really strange.

The situation was so weird that a hashtag was created, which turned the story into global news.

2019 saw an improvement – Spike Lee was up for Best Director for BlacKkKlanman, Viola Davis was nominated for Best Actress for Widows, and Barry Jenkins got a Best Adapted Screenplay nod for If Beale Street Could Talk, but 2020 saw another huge step backward for Bafta diversity.

All of the acting nominees for this year’s film awards are white, Margot Robbie even appears twice on the Best Supporting Actress docket.

Stephen Fry is a national treasure. His Twitter feed was one of the most popular since the very earliest days of the service, thanks to Fry’s combination of open honesty, twinkly-eyed wisdom and genuinely funny bon mots.

So it was a fairly major shock when he quit tweeting, after a massive backlash against his 2016 Bafta hosting skills.

People were specifically upset about his perceived insult towards costume designer Jenny Beavan, when he called her a ‘bag lady’ when he was presenting her with an award for her work on Mad Max: Fury Road.

“Only one of the great cinematic costume designers would come to an awards ceremony dressed as a bag lady,” Fry quipped.

As with Jennifer Lawrence, it was an in-joke that went too far in the opinion of the online audience, with Twitter exploding in annoyance at Fry.

Beavan later clarified: “Yes we are friends, and I am absolutely not upset. But I don’t want to talk any further because if I talk about it it will just create more fuss”.

His Dark Materials: Why Mrs Coulter Hurts Her Daemon

Odeon confirms plans to reopen some cinemas from 4 December

Experiencing heartbreak? Here are 20 movies to help cope with your holiday breakup