The Mike Ward Interview: Ken Bruce jokes he should stand to be PM

“In the next couple of years I may stand for Prime Minister,” he’s telling me.

But he’s kidding, of course. He’s only said that because I’ve pointed out how much sway he holds over a huge chunk of the nation, with a staggering 8.8million tuning in each day to his Radio 2 mid- morning show.

And because I have reminded him that, just by jabbing a button or two, he can bring the UK’s workplaces to an instant standstill. Five times a week, in fact.

Those buttons fire up the jingles marking the start of each day’s PopMaster, his popular music quiz that has countless listeners stopping whatever they are doing so they can pit their wits against the on-air contestants.

“We get factories doing it, offices, university departments, hospital theatres, you name it,” says Ken. “Even politicians. People in the higher echelons of society particularly like proving they know the things everyone else does. It makes them look good.”

This week the quiz takes on an even greater significance because Ken is taking it out on the road. Starting this morning, his four-day We Stop For PopMaster tour will see him broadcast from factories and offices across the UK.

“And yes, they will grind to a halt at 10.30,” he assures me, not unlike a Bond villain confirming details of his latest fiendish masterplan.

Of course, fiendishness is really the last thing you could accuse Ken Bruce of. You don’t last 42 years on air – 27 in this current slot – if millions don’t find you great company. I tell him my dentist even has his show blaring out when I go for my check-up.

“Ah, yes, dentists often use my voice as some kind of suppressant,” Ken chuckles. “It’s cheaper than using analgesia.”

This natural self-effacement is a big part of Ken’s appeal and yet these days, thanks to Twitter, it doesn’t always spare him the wrath of listeners. 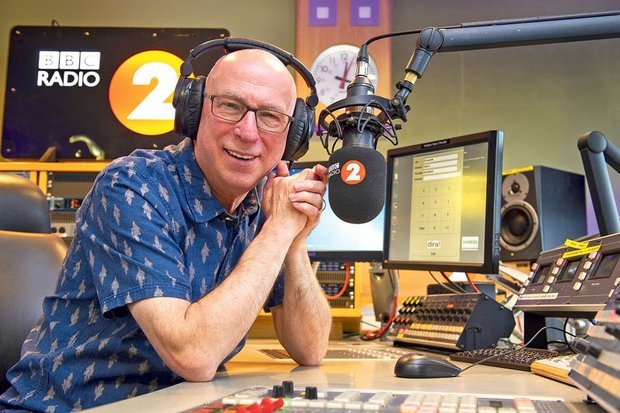 “Some people are specialists in taking offence now,” he admits. “As soon as you say something, someone gets offended. But if a complaint does come in, I just have to ask myself if I think it’s justified. Usually I decide, no, it’s not – then carry on doing what I was doing.”

He admits he’s become more cautious, mind you, with his Eurovision commentaries. The 68-year-old Glaswegian has provided radio commentary on the contest for 30 years now and, despite the UK’s ropey recent showing, he remains a great fan. (“I don’t think everyone hates us. I think they just don’t care.”)

But lately he has felt the need to tone down his style. “I can’t be as rude as I used to be,” he admits. “I’m a bit more circumspect! Somebody recently played me something I’d once said about a particular act – I shan’t repeat it – and I thought, oh God, I couldn’t say that now. I shouldn’t have even said it at the time!”

So I guess his old pal Sir Terry Wogan, whose caustic commentary was a highlight of BBC One’s Eurovision coverage for so long, would have struggled now to get away with his own barbed observations?

“Yes, Terry might have suffered if he were still doing it today!”

To his credit, Ken’s not one to rail at the modern world, even at a time when specialist radio broadcasters like him are increasingly being overlooked in favour of big celebs.

“I do agree it’s unfair,” he says, “that somebody who’s never done radio can come in and earn a million pounds, while someone who’s done it all their life is on £20,000 at a local station. But then, you know, life really isn’t fair…”

Generally, though, you surely can’t beat experience – especially the amount Ken’s had?

“Well, you do need to avoid complacency,” he points out. “But the great thing about experience is nothing scares you. You’ll find a way out of anything that happens.

“And now I’ve said that, I dare say something’s waiting around the corner to ambush me!”

●Ken’s We Stop For Pop-Master Tour starts today, broadcasting his BBC Radio 2 show (9.30am-12pm) from workplaces around the UK.

BOOK: Anything by PG Wodehouse 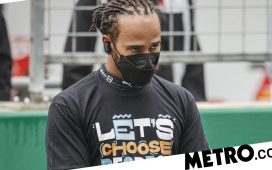