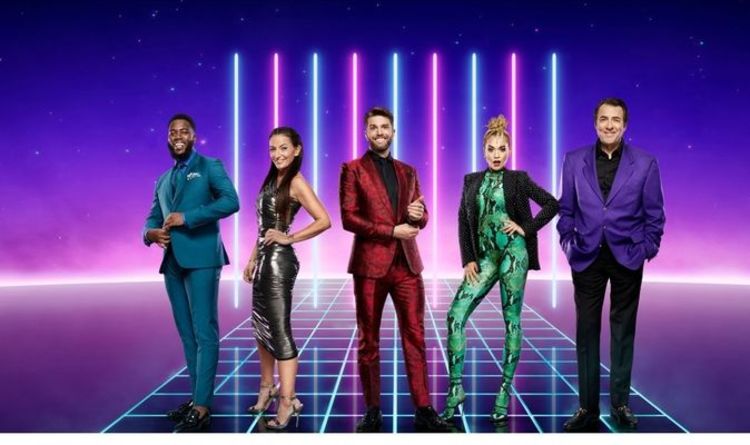 The Masked Singer returns with 12 famous faces taking to the stage under a unique disguise. They will be hoping to impress judges Davina McCall, Rita Ora, Jonathan Ross and new judge Mo Gilligan. Express.co.uk has everything you need to know.

What time does The Masked Singer start tonight?

Back by popular demand, the second series of The Masked Singer UK starts tonight (Saturday, December 26) on ITV.

The highly anticipated reality show will kick off at 7pm, finishing at 8.30pm.

The Masked Singer will be followed by Family Fortunes, featuring Strictly’s Shirley Ballas and her family alongside Made in Chelsea’s Spencer Matthews.

To watch The Masked Singer, you can watch the episode as it airs on the ITV channel.

Alternatively, you can stream the episode live via the ITV Hub.

If you are busy on Boxing Day and happen to miss the first episode do not worry, all instalments of The Masked Singer will be available to watch via the ITV Hub after they have aired on television.

READ MORE Davina McCall husband: Why did Davina and her husband split?

Who are The Masked Singer contestants?

For now, the 12 stars taking part in season two of The Masked Singer have been kept tightly under wraps.

Across eight episodes, the 12 stars will be unmasked, with one being crowned the winner of The Masked Singer.

The new stars will be hoping to follow the footsteps of series one winner, Nicola Roberts, who performed as Queen Bee.

READ  The 100 season 6 episode 5 review: The Gospel Of Josephine

Who are The Masked Singer judges?

TV presenters Jonathan Ross and Davina McCall will be returning to The Masked Singer panel alongside singer Rita Ora.

BAFTA-winning comedian Mo Gilligan is joining The Masked Singer this year, replacing US comedian Ken Joeng who was unable to participate due to Covid-19 travel restrictions.

Speaking about why he decided to join the show, Gilligan said: “I haven’t ever been part of any family show. I grew up watching family entertainment shows on ITV like Gladiators, Blind Date so to be asked to be part of this really cool family show – and also a show where it’s a really cool guessing game – I was straight off I would love to be part of this.

“It’s a really feel-good family show, it’s just a fun guessing game and it’s been great to join the Detectives as we call ourselves.”

She said: “I really liked Harlequin. I liked the drama of that. There were some very cute ones.

“We have a dragon this year who was extremely sweet. Kids are going to love that. Viking was hilarious.

Also returning is singer Rita Ora who said the show had “gone up a level” this year.

She said: “It’s more difficult for me this year now with guessing. I came in as the champion from last year, full of confidence and now I’m sort of second-guessing everything because they’ve made all the clues ten times harder.

“I think on purpose so I don’t win. The sabotage is unbelievable!”

Jonathan Ross added: “I stand by all my guesses, even the wilder ones.
“I still think that there is a very good chance one day Angela Merkel will be on the show.

“Even though it wasn’t this series and I’m not giving too much away there, I was fairly confident at one stage that she was under one of the costumes.”

Comedian Joel Dommett has returned to host the series.

The Masked Singer airs tonight at 7pm on ITV.