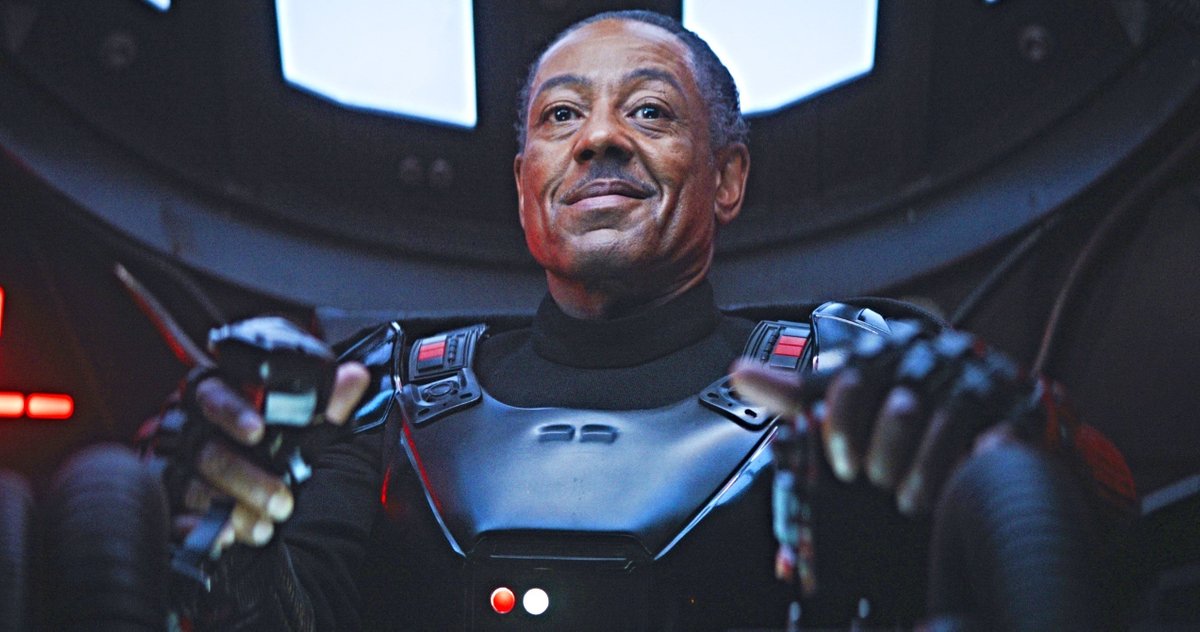 The Mandalorian featured a weapon that hardcore Star Wars fans are going to be really excited about. Actually, there is another weapon, but one in particular was pulled right from the Clone Wars and Rebels animated shows. With only 8 total episodes, fans were definitely left wanting more of Baby Yoda and crew, so it’s good to know that they’re already hard at work on season 2. There are SPOILERS for The Mandalorian season 1 finale below, so read ahead at your own risk.

Just when we thought that the villainous Moff Gideon (Giancarlo Esposito) was dead, he climbs from his TIE Fighter wreckage to reveal the Darksaber. The dark bladed weapon is an old relic that was originally forged by a Mandalorian over 1,000 years ago. It has been featured in Clone Wars and Rebels, but how did the former Imperial officer get his hands on it? We learn in The Mandalorian season 1 finale that Gideon has more of a backstory than we ever imagined, including the fact that he was involved in the Siege of Mandalore at some point in the past.

The Darksaber was stolen by Darth Maul in the Clone Wars and then in Rebels, Mandalorian Sabine Wren took over on the black blade. But, how does Moff Gideon get his hands on it? There are a few theories floating around, all of which tie into the previous Star Wars animated shows. After Sabine Wren had the weapon, it was last seen in Mandalorian leader Bo-Katan Kryze’s hands and it hadn’t been seen since until today, thanks to The Mandalorian. It’s entirely possible that Moff Gideon could have taken it from Kryze, along with a lot of other Mandalorian relics.

RELATED: Will Baby Yoda Show Up in Star Wars 9?

Another way that the Darksaber is able to show up in The Mandalorian could be because Moff Gideon was able to convince some Mandalorian members to fight for the Empire along his side. Darth Maul was able to have some Mandalorians by his side during Clone Wars, so this isn’t too far-fetched. But what does this mean for the future of the hit series? We know that there is a whole lot more story to tell in the next season, which could very well see Mando taking over on the Darksaber.

Throughout The Mandalorian, we saw a lot of upgrades to Din Djarin’s armor, which finished off with a jet pack in the final episode. As of this writing, the Darksaber would be the ultimate upgrade for our hero and Baby Yoda. While the Darksaber was an awesome addition to the franchise, other Star Wars fans took notice at Moff Gideon’s other weapon which was used in the beginning of the episode. The weapon in question, an EWEB cannon, is based on Kenner’s Tripod Laser Canon, a toy released around the time of Return of the Jedi that had never been seen on screen before. This is something Jon Favreau really likes to do, in the previous episode he brought Kenner’s 1977 Stormtrooper transport toy to life, which also had never been featured in any of the movies. If you haven’t already, now would be a good time to get a free trial subscription for Disney+ apps and DisneyPlus.com.

everyone stop fighting look at the darksaber pic.twitter.com/ajcR1vxCqH