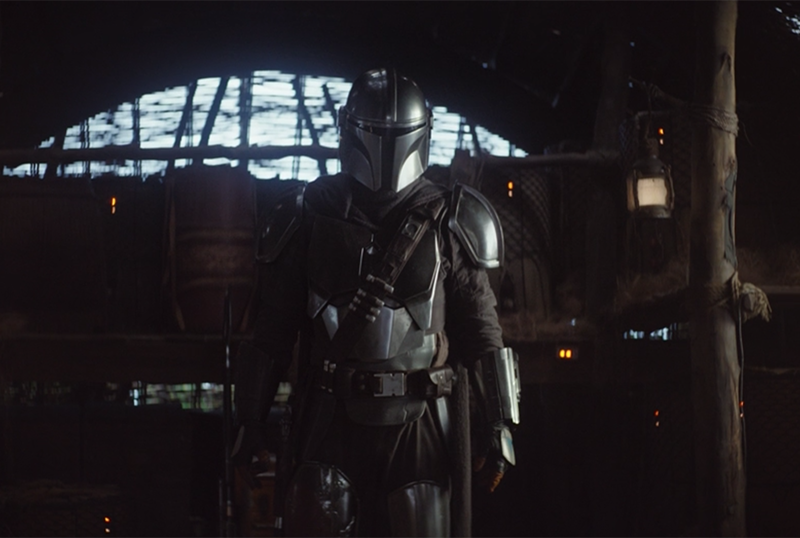 With stomachs recovering from the bountiful Thanksgiving feasts, audiences not out shopping for Black Friday deals were treated this morning to a new episode of The Mandalorian, which sees the titular bounty hunter continuing his search for peace for The Child he once was hunting.

RELATED: The Mandalorian Tops Stranger Things as the #1 Streaming Show!

A Village in Duress

The episode opens with a village peacefully going about their gathering of fish-like creatures called krill while the children play around the area, including a young girl named Winta chasing a frog alongside the ponds. But they are disrupted by a group of Klatooinian raiders, who shoot a few villagers before they can hide with the rest and take scores of their supplies, including the latest harvest of krill. Winta and her mother Omera take cover in a pond under a wicker basket until the raiders leave the area.

A Place to Stretch Our Legs

After narrowly escaping Greef and The Guild at the end of the last episode, Mando (Pedro Pascal) searches for a planet to hide with The Child, settling on Sorgan as there are no signs of a large population density anywhere on the planet and it’s outside of the federation’s reach. They fly over Winta’s village and land in a secluded area of the woods, with Mando telling The Child to stay on the ship while he searches for lodging, only for it to follow him to the door and he relents and lets it come along. 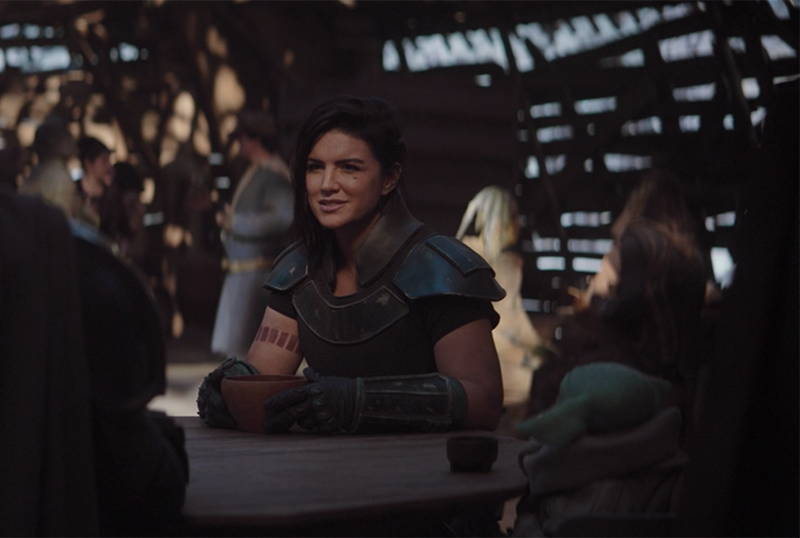 After finding a cantina amongst the woods, Mando notices a mysterious woman with armor sitting in the corner of the bar drinking by herself and keeping an eye on the two. After the server reveals she’s only been on the planet a week or so, the woman has disappeared and Mando follows her outside, with the two getting into a fight before ending it in a standstill as The Child watches on while eating soup. She reveals her name is Cara (Gina Carano) and she’s a former Imperial shock trooper who left the job after the fall of the empire when she became disinterested in acting as a peacekeeper suppressing riots and protecting delegates. She’s currently living on Sorgan as part of her “early retirement” and attacked Mando thinking he had a bounty fob for her and was after her, with the former hunter having already figured that out. Despite clearing the air, Cara asks Mando to head to another planet so as to not attract too much attention by having them both hiding out there.

The Middle of Nowhere

Before he can leave the planet, Mando is approached by krill farmers for help with the Klatooinian raiders, initially turning down the job as the money they offer is not enough for his interest. However, as one of the two laments they have to venture back without an escort to their farm in the “middle of nowhere,” it sparks Mando’s interest and with an offer of lodging he accepts the job. But before they venture to the village, he offers Cara the job as well, knowing she’s looking for a place to lay low, and the two set off with the farmers to head back to their village. Upon arrival, they are welcomed warmly by the residents, with Mando getting close to Omera while Winta bonds with The Child.

Not the Job They Signed Up For

While doing a reconnaissance of the raiders’ movements through the woods, Cara and Mando discover large tracks belonging to an AT-ST, worrying the two while also infuriating Cara as the villagers chose not to divulge the information. After talking to the villagers, it becomes clear they have no knowledge of the walker, as they’ve never heard of the mech before. Though Cara wants to back out of the job, afraid only two people are not enough to take on the walker and that she doesn’t want to train the villagers to fight the raiders, Mando chooses the latter option and formulates a plan to trap the AT-ST in a pond and train some villagers how to shoot and others to fight with woods sharpened into spears. 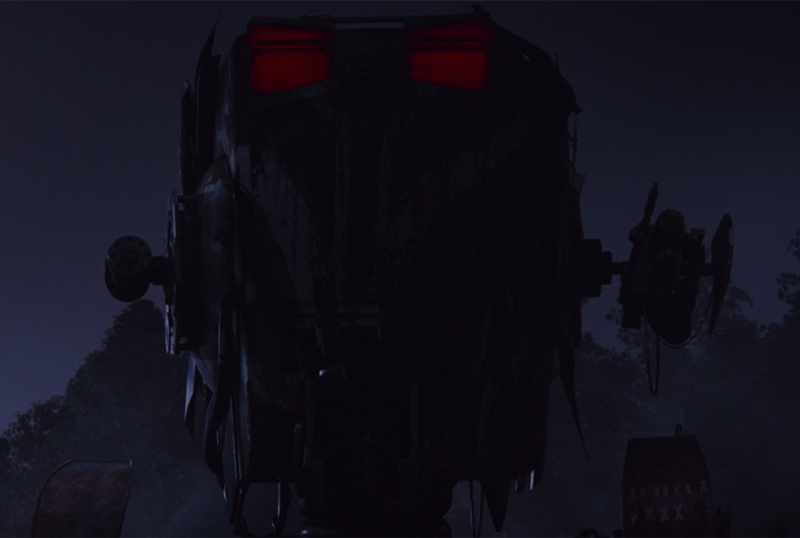 Mando and Cara begin executing their battle plan, which sees the two infiltrating the raiders’ camp and taking out multiple raiders in hand-to-hand combat and blowing up one of their tents with their supplies. This successfully draws out the AT-ST, which chases the two through the forest before they make it back to the village where they’ve set up barricades and dug a deep pond for the walker to step in and fall over. However, as they draw it back to the village, the pilot of the walker is able to see the deep pond and stop just in time, shining a spotlight on the barricades to allow the raiders an easier path to attack. As they take cover from the mech’s laser blasts, Cara comes up with a plan, charging forward with Mando’s pulse rifle into a nearby pond and drawing the walker to step forward and fall into the trap, sending the rest of the raiders retreating.

Happiness Will Have to Wait

A few weeks after their success, Mando is planning to leave the planet, revealing his choice to leave The Child in the village with Winta, Omera, and Cara, the latter of whom berates him for choosing to leave versus staying with Omera, who clearly has feelings for him. He reveals he can’t remove his helmet in front of other people, as it is against the way of his tribe and that in doing so he would never be able to put it back on again. However, while speaking with Omera, who nearly removes his helmet, a bounty hunter uses a fob to track down The Child and as they have it in their sights, Cara is able to kill them in time. This sparks Mando to change course and bring The Child back with him for proper protection, leaving behind Omera and the village while The Child looks on in heartbreak. 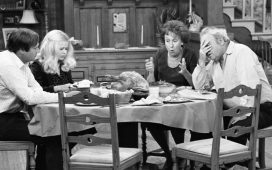 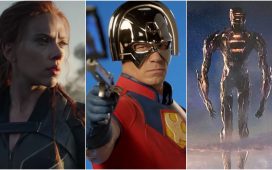 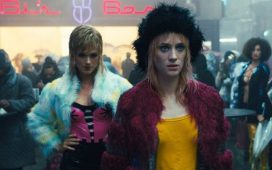 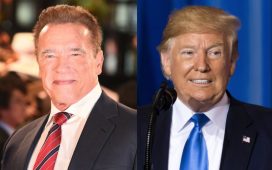 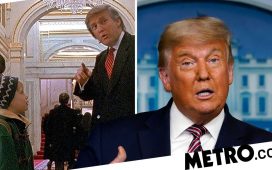 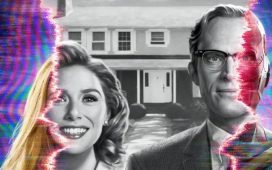 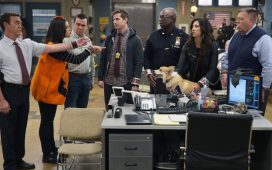 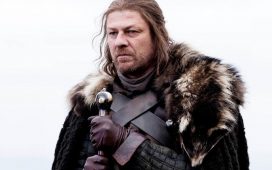 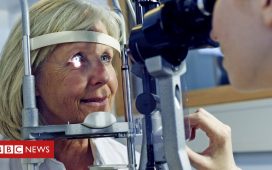 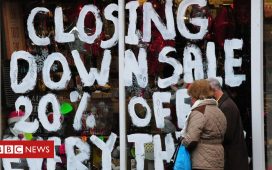