The Lioness: Chris Bohjalian’s Upcoming Novel To Be Adapted For TV


It has just been announced that eOne is adapting Chris Bohjalian‘s upcoming novel The Lioness into a television series. Sherry March is producing through her Marsh Entertainment banner. The book is not yet released but will be available to purchase on May 10. The novel is being published by Doubleday, an imprint of Penguin Random House.

The historical fiction novel tells the story of an A-list actress named Katie Barstow and her husband David Hill, who bring their Hollywood friends along with them for their honeymoon to the Serengeti in Tanzania. The glamourous vacation soon takes a dark turn when the group of Hollywood elites gets involved in a kidnapping gone wrong. The group finds their guides on the brink of death and themselves at the mercy of Russian mercenaries who lead them to abandon huts where it seems they will be kept hostage. Katie Barstow and her friends will have to fight for survival in a tale that is set around the backdrop of historical change.

Bohjalian is known for writing the novel The Flight Attendant, which has been adapted into an HBO series. The series, which stars The Big Bang Theory‘s Kaley Cuoco, is currently airing its second season, which is receiving positive reviews from critics. Bohjalian has written over 20 books including 1997’s Midwives, 2012’s The Sandcastle Girls, and 2016’s The Guest Room. Bohjalian’s novels Midwives, Past the Bleachers, and Secrets of Eden have all been made into films, making The Lioness Bohjalian’s fifth novel to be adapted to the screen.

RELATED: ‘The Helicopter Heist’: Swedish Novel to be Adapted for TV by ‘Midsommar’ Producers

Marsh is a successful television producer who has worked on the shows Pose, Vikings, and Vikings: Valhalla. Marsh is currently attached to executive produce an upcoming television adaptation of the historical novel The Winter King by Bernard Cornwell as well as writer and director Sian Heder‘s film adaptation of Sarah Lotz‘s book The Impossible Us, which will simply be titled Impossible. eOne is a successful entertainment company that has distributed the films Insidious: Chapter 2, Insidious: Chapter 3, Wild Rose, Scary Stories to Tell in the Dark, Queen & Slim, Love and Monsters, and Clifford the Big Red Dog. eOne is also behind the shows Designated Survivor, Fear the Walking Dead, Naked and Afraid, and Grey’s Anatomy starting with Season 15. Upcoming projects from eOne include the films Orphan: First Kill, The Woman King, Insidious: The Dark Realm, Transformers: Rise of the Beasts, and Dungeons & Dragons: Honor Among Thieves.

Not much else is currently known about the upcoming television adaptation of The Lioness, but stay tuned for more details.

Jon Mendelsohn is a writer for Collider, Ranker, CBR, and Wicked Horror whose brain is an encyclopedia of movie fun facts to an excessive degree. Jon is also an actor and filmmaker who enjoys travel and checking out the hottest foodie spots around. 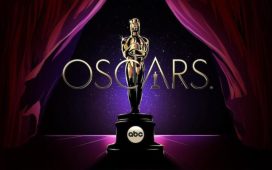