If you weren’t able to make it to the cinema, popcorn in hand, to watch The King’s Man then do we have some good Wednesday morning news for you!

Disney Plus has announced the spy epic will be landing on the streaming platform on February 9 – less than two months after hitting the big screen.

The period spy film, which is a prequel to 2014’s Kingsman: The Secret Service and 2017’s Kingsman: The Golden Circle, stars Ralph Fiennes, Gemma Arterton and Rhys Ifans, and a whole bunch of explosions.

The movie, which was created and directed by Matthew Vaughn, was first released to cinemas on December 22.

It was delayed several times, partially due to the coronavirus pandemic (along with, what feels like every other film), so suppose they wanted to delay no more in getting it in front of punters at home.

The action film is set in the early years of the 20th century and explores the formation of the Kingsman spy agency which is created to stand against a rebellion group who are plotting a war.

It follows one man who must race against time to stop a collection of history’s worst tyrants and criminal masterminds gathering to plot a war to wipe out millions.

Fiennes, who stars as Orlando, Duke of Oxford, previously said that historical figures within the movie are treated ‘a little bit irreverently, in a good way’.

He previously told PA News Agency: ‘This is the beginning of the Kingsman, it’s set in early 20th centuries and historical figures who are treated a little bit irreverently, in a good way.

‘So I think it’s a cool mix, there’s an original mind behind it. But it’s not like an old movie. I think it’s got a sort of sexy, modern vibe in it.’

The film is based on the comic book The Secret Service by Mark Millar and Dave Gibbons, with the screenplay created by Vaughn and Karl Gajdusek.

It will also debut on the American streaming platform Hulu for US viewers on February 18.

The King’s Man arrives on Disney Plus February 9.


MORE : Brian Cox could have starred in Harry Potter films as he reveals which part he’d have played 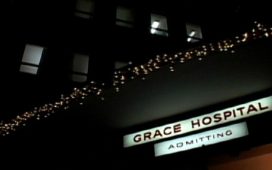