The cast of US sitcom The King Of Queens have come together for a virtual reunion to honour the late Jerry Stiller.

Stiller, who played Arthur in the show, died last May at the age of 92.

The event, which you can re-watch in full below, was directed by series creator Michael J. Weithorn, and included much of the show’s original cast, including Kevin James (Doug Heffernan), Leah Remini (Carrie Heffernan), Victor Williams (Deacon Palmer), Gary Valentine (Danny Heffernan) and Patton Oswalt.

During the show, Remini, who played Stiller’s daughter on the show, said: “He talked to everybody. He would just talk to you because he just loved people, and he was so gracious in that way. He was that guy that just was willing to tell you a story — many stories.”

James added: “He cared so much about you. I remember, there was one taping we had where I was sick beforehand, and Jerry came backstage to my dressing room, and he goes, ‘Can I help you?’”

“I miss him so much — he’s just the greatest,” he added. “A lot of people see him how he acts, the cranky old man yelling and screaming, but it was the opposite of who he was. He’s an angel.”

Proceeds from the reunion went to the Henry Street Settlement, a non-profit based in New York.

Stiller was best known for starring as George Costanzas’ father Frank on Seinfeld before going on to play Arthur Spooner on The King Of Queens.

He also delivered memorable turns in films such as Heavyweights, The Heartbreak Kid and both of the Zoolander movies alongside his son Ben Stiller.

In the wake of his death, Ben paid tribute online, writing: “He was a great dad and grandfather, and the most dedicated husband to Anne for about 62 years. He will be greatly missed. Love you Dad.” 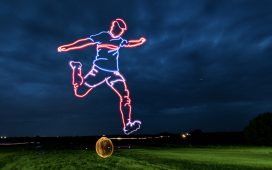