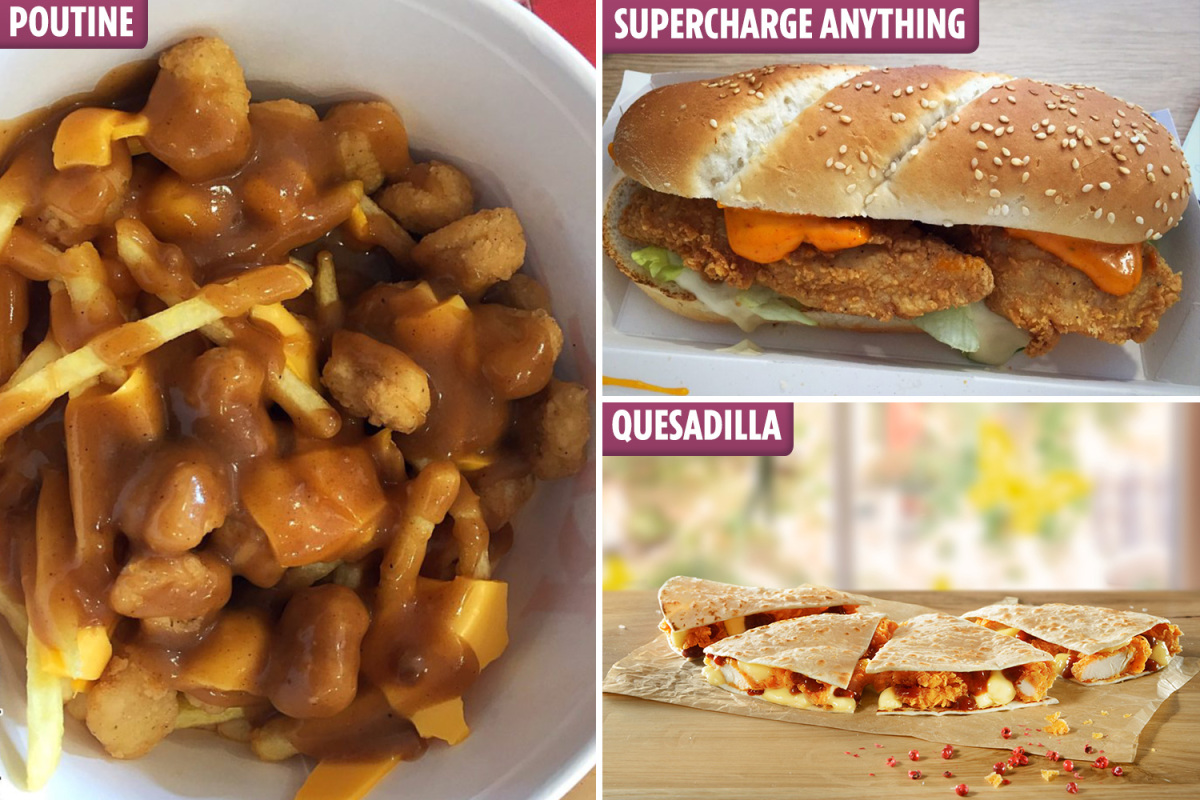 A KFC worker has revealed how staff make secret menu items for themselves once their shift is over.

Area manager Nat Jones shared three of her favourite menu hacks with us, which include a KFC quesadilla and a version of Canadian poutine.

Nat has worked for KFC for 15 years, and started as a part-time team member in Manchester.

She’s now an area manager running seven KFC restaurants in London – so has a great insight into what it’s like to work at the fast food giant.

She said staff members make themselves custom-made KFC dishes all the time when customers aren’t looking.

She’s shared three of her favourite menu hacks – and if you’re feeling brave, you could try and order them for yourself next time you’re at KFC.

Nat’s favourite secret menu hack is to make a KFC version of poutine: a Canadian dish of chips, cheese curds and gravy.

KFC Canada actually sells this on the menu.

But KFC in the UK doesn’t have cheese curds, sadly, so Nat says you have to make do with shredded cheese slices.

She told us: “Being a northerner, the best thing I’ve seen is a KFC version of poutine.

“Chips, gravy, cheese with a little bit of chicken on the side is my favourite.

“When I worked back in the restaurants, I would make that for my dinner.”

You probably won’t be able to convince staff to make it for you, but you can assemble it yourself.

Staff at the Burger Lad blog created a KFC poutine at one branch and revealed how to make it.

Another favourite hack that staff like to make when customers aren’t watching is KFC quesadillas.

To make it, staff take a tortilla used for KFC’s wraps and a chicken fillet used in its Zinger wraps and burgers.

They chop up the fillet and place it in a wrap with lettuce, cheese and their choice of sauce.

They then fold it and toasting it in the restaurant’s toaster, designed to toast its burger buns.

THERE are other secret menu items that customers have created at KFC.

Burger Lad have compiled a list – and have successfully ordered these KFC hacks.

But they said they often have to assemble the creations themselves as it’s not always possible to convince a staff member to make them.

This would be tricky to assemble yourself because it needs to be toasted after it’s made.

But you could try asking a staff member to make it for you.

Or you could order a Fillet Twister Wrap (£4.49), add extra cheese and take it home to toast it.

One of the simplest menu hacks that staff love to make for themselves is simply adding KFC’s popular – and fiery – Supercharger sauce to their favourite dish.

The Supercharger burger is a limited edition item that’s only available every few months or so at KFC.

But it’s a little known fact that many branches keep spicy Supercharger sauce in the kitchen.

Try asking your local branch to add the sauce to your favourite KFC meal next time you visit a branch.

They may not have it in stock but it’s always worth asking.

Otherwise, you may have to wait until the Supercharger is back in stores.

Most read on Money

We went behind the scenes to find out the key to KFC’s crispy chicken so you can make it at home this week.

There are ways to save money when dining out at KFC – here’s how.

You can also blag freebies at the chicken chain if you know how.