The Game Of Thrones Prequel May No Longer Be Happening 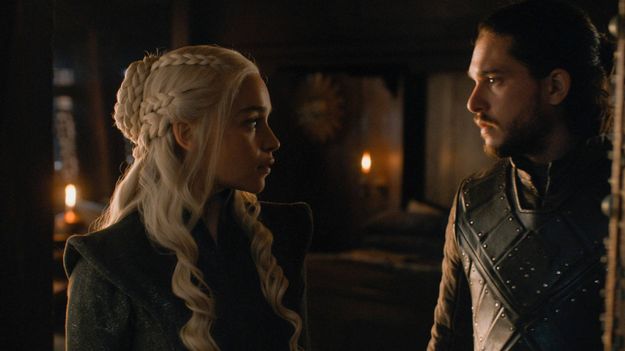 Remember the Game of Thrones prequel series HBO teased for those of us anxiously anticipating additional time in Westeros? It was a fun fantasy while it lasted, but it appears as though it probably isn’t going to happen.

There were actually several prequel series teased back in 2018,. This particular adventure was to be set thousands of years before the version of Westeros we fell in love with, chronicling “the world’s descent from the golden Age of Heroes into its darkest hour,” according to HBO’s official description.

“Only one thing is for sure: from the horrifying secrets of Westeros’ history to the true origin of the white walkers, the mysteries of the East to the Starks of legend–it’s not the story we think we know.”

Outlets are reporting that HBO has officially given the axe to show runner Jane Goldman’s untitled Game of Thrones prequel pilot. Goldman reportedly emailed the pilot’s cast, including Naomi Watts, Jamie Campbell-Bower, and Naomi Ackle to break the bad news. As far as why the series was scrapped, supposedly HBO “wasn’t thrilled with the final cut of the Watts-led pilot and asked for changes in edits” before deciding to pass on the whole thing.

However, there’s still another prequel in the works. This one supposedly follows the Targaryen’s conquest of Westeros and would be based on George R.R. Martin’s novel Fire and Blood. This series would only be set about 300 years before the Game of Thrones series as we know it. HBO has yet to comment on whether this one is still coming down the pipeline or not, nor has it offered an official statement on the cancellation of the other main prequel project.

If both projects are dead in the water, well, at least we’ll still have the Blu-rays and our fond memories of tuning in each week to see what our favorite Westerosi brethren were up to.

Bandcamp to donate 100% of profits for 24 hours to support “racial justice, equality and change”

Look Over There! Jaida Essence Hall Is A Drag Race Winner, Baby

'Laurel Canyon': Mamas and the Papas singer on the 'very big highs and lows' of '60s music scene

Maitreyi Ramakrishnan: 'Wearing a sari on Never Have I Ever made me feel really special'

Dominic Cummings ‘undermined efforts’ to reduce spread of coronavirus, MPs claim as they return to Westminster