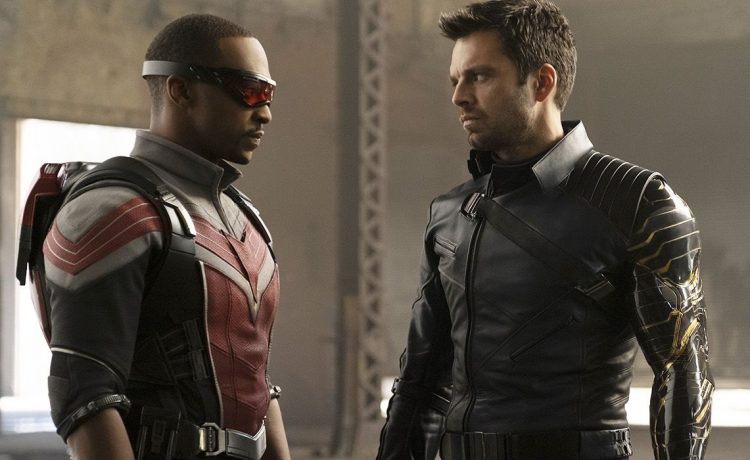 Volume 1 of the soundtrack comes out next month.

Want more Bucky Barnes and Sam Wilson content in your life, without having to wait each new week for a new episode of The Falcon and the Winter Soldier? You’re in luck, as the first single from Marvel Studios’ The Falcon and the Winter Soldier soundtrack is now available. The single, called “Louisiana Hero,” was produced by Marvel Music and Hollywood Records and plays during the end credits of each episode. Scored by Henry Jackman, who also created the music for Captain America: Winter Soldier (Sam Wilson’s introduction to the MCU), the track uses the melody Jackson created for Sam in the Winter Soldier film and infuses it with Southern blues flair in honor of the hero’s Louisiana roots.

RELATED: ‘The Falcon and the Winter Soldier’ Director on Creating the Homes of Superheroes and “Experiential” Action Scenes

Episode 2 of The Falcon and the Winter Soldier arrived on Disney+ today, continuing the story of Bucky (Sebastian Stan) and Sam (Anthony Mackie)’s adventures in a post-Avengers: Endgame world. While they navigate the new normal of moving on in Steve Rogers’ absence, they also deal with some new adversaries – like a group called the Flag-Smashers and a new “Captain America” who goes by the name of John Walker. The series is explosive, entertaining, and basically an amazing buddy comedy that we’ve deserved since the two met for the first time in Captain America: Civil War so many years ago.

“We’re going inside their lives. We’re seeing them without their suits on,” director Kari Skogland told Collider exclusively. “It’s a different time. We’re post-war, they’ve had the fight of their lives on behalf of the planet so now we get a tiny bit of downtime where we get to meet them as they are today. I totally think of them as Sam and Bucky.”

KEEP READING: ‘The Falcon and the Winter Soldier’ Asks: “Should Someone Pay the Avengers?”

No word on if the dancing baby is also returning.