The EU countries 'pushing back' asylum seekers at sea 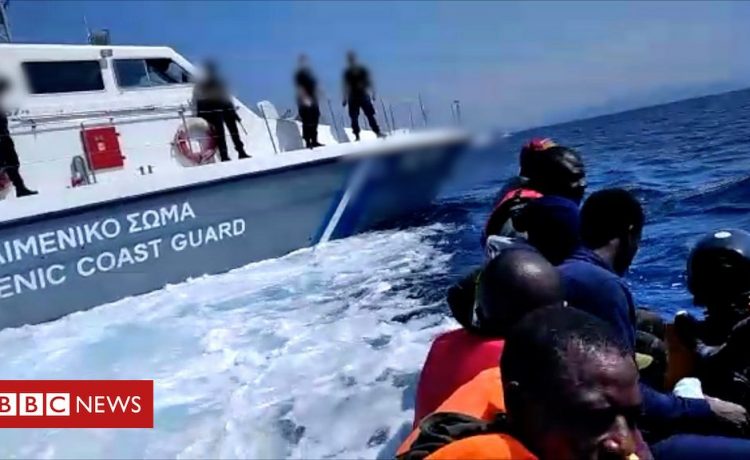 A row has broken out between the Greek government and the EU over the country’s treatment of migrants trying to reach Europe from Turkey.

The country’s migration and asylum minister, Notis Mitarachi, has rejected claims by a senior EU official that Greece is breaching European fundamental rights, and says the reports of illegal deportation of people trying to reach Greece from Turkey were “unfounded”.

Human rights groups allege that thousands of people seeking asylum in Europe have been pushed back from Greece to Turkey before being given a chance to apply for asylum.

The BBC’s Fergal Keane reports from the island of Lesbos.