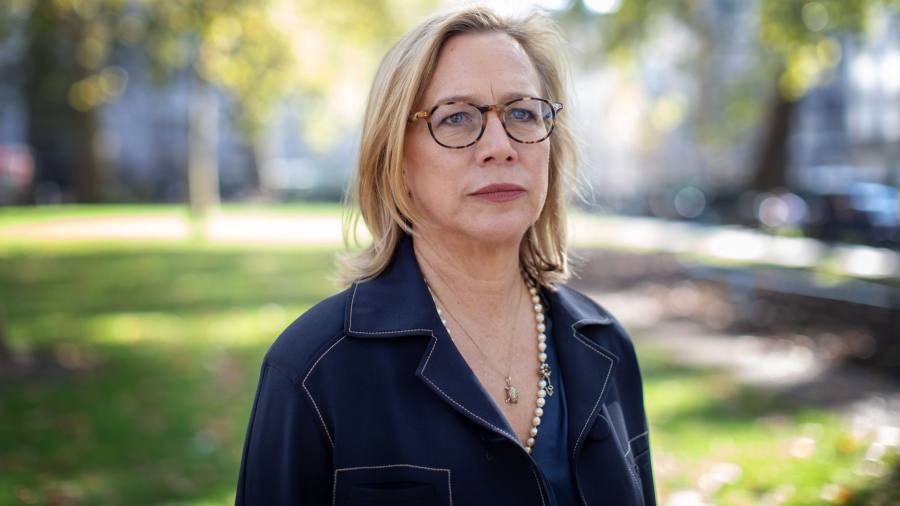 From her office in a Georgian townhouse in the heart of Mayfair, with its hedge funds and luxury boutiques as neighbours, lawyer Camilla Baldwin reflects on the parallels between ultra-wealthy parents and the ones in prison.

Such insights are gleaned from the dual strands of her working life.

For Ms Baldwin’s job is to help the super-rich negotiate multimillion-pound divorce settlements and draft prenuptial agreements. Client meetings are held in a reception room, decorated with huge pieces of modern art, furnished with squashy oatmeal sofas and a coffee table laden with a glass jar filled with small bars of Green & Black’s chocolate. The calming scent of an Assam tea-scented candle fills the room as she describes one morning meeting at a client’s home, when she was presented with a vast breakfast made by the private chef, better suited to 50 people than one. “I was just like, ‘I want a coffee’.” She is learning Russian to help her conduct business.

However, two years ago the 53-year-old added another element to her working life: advising female prisoners on family law. That is conducted in very different surroundings: a bare table and chairs inside HM Prison Send, in Surrey — one of the 13 women’s prisons in Britain.

The pro bono work began after she recovered from cancer which she describes as a “real wake-up call”. A chance conversation about rising numbers of care proceedings — applications to take children into care — led to her contacting St Giles Trust, a charity helping the disadvantaged, including those in prison. “It’s a much bigger and more complicated problem than I thought,” she says.

Plain-speaking and relentlessly cheerful, Ms Baldwin has a personal interest in adoption. She has four children, including two whom she adopted and regards as her own, after marrying their widower father Charlie.

Women make up just 5 per cent of the 83,618 adult prison population in the UK, of which 82 per cent are serving time for non-violent offences. A recent Prison Reform Trust report estimated that in the UK, 17,000 children a year experienced their mother being sent to prison. Some 62 per cent of women serve short sentences of less than six months but that is still long enough for them to lose their children.

“If you are lucky they can go and live with your sister or your mum,” she says. “If you are unlucky they will go into care or foster care and if you are really unlucky — as are some of our clients — they are adopted out.”

In recent years there has been a rise in special guardianship orders — court orders which give another family member or individual, parental responsibility.

Fighting court orders is almost impossible for the women prisoners, says Ms Baldwin. Since 2013 legal aid has been unavailable for most family legal cases.

“They get letters through the post — and the whole thing is crazy — saying, ‘Your child is going to be adopted out . . . if you don’t turn up in court’. How are you going to organise turning up at court if you are in prison?” Ms Baldwin says.

For some women, Ms Baldwin’s intervention is too late. She tells of one pregnant prisoner who had her newborn baby taken away even though new mothers can go to a mother and baby prison unit for up to two years.

Ms Baldwin says: “She wasn’t allowed to keep the baby. She wanted to keep the child, she got clean, came off heroin. She could have kept it for 18 months and come out with the baby.”

Prisoners, she says, are “absolutely devastated” about not having contact with their children.

One prisoner, who is set to be released after serving a long sentence, has not seen her children for several years as her ex-partner will not take them on prison visits.

“She’s done brilliantly. She’s working in the community in the day and going back to prison at night. We have written saying she wants to re-establish contact [with the children] slowly, we understand it will be through Facebook and the occasional visit and she wants to build it up and the father is not responding,” Ms Baldwin says.

Her team now has about 50 clients at clinics in Send, whom they advise, write legal letters for and represent pro bono in courts across the country. They continue to support the women after they have been released. Ms Baldwin is in the process of setting up a charity called Not Beyond Redemption, with the ultimate aim of replicating her work in Send in all 13 women’s prisons.

Sometimes just one phone call from a “scary” lawyer can make all the difference. Ms Baldwin once rang up a social worker to complain that contact between a mother and children was not happening despite a court order. “When the clients themselves ring up the social workers . . . people are so rude to them and they feel powerless,” she says.

Her focus is on helping the children. “A lot of them have huge psychological problems and really struggle as adults,” she says.

She qualified as a solicitor in 1992, learning her trade at law firm Kingsley Napley and later Withers. Only a decade after qualifying, she became one of the youngest immigration judges in England and Wales, and in 2005 set up her own practice advising ultra high net worth clients on family law, initially from a laptop in her living room.

The prison work has surprised some of her peers in the tight-knit world of divorce lawyers.

Clutching her necklace, she says one solicitor joked: “‘But Camilla, you are so posh, what do you do with your pearls when you go to prison? What do you wear?’ I said, ‘Exactly the same’. They’re just people — we’re all just women.”

Ms Baldwin points out that as a young lawyer she worked at a high street law firm in Salisbury doing legal aid work and child cases, so the work at Send is not unfamiliar.

“They don’t feel any different to the clients I had before. They are just women,” she says.

Nicky Park, head of prisons at St Giles Trust, says that Ms Baldwin’s work “has had a real impact” in the prison.

For the families of women prisoners, often the only option to get family law advice is to pay privately and “rack up huge debts”, Ms Park says.

Ms Baldwin says setting up a charity is the next logical step: “It’s very rewarding to give something back and help people but I am frustrated by our own limitations. We just don’t have the capacity to do all this.”

She is also full of praise for the younger lawyers who work with her on the cases and are “totally with me”. They are “quite happy to trudge off to horrible places”, noting the millennial generation has quite different priorities. “They are not about climbing the greasy pole,” she says. “They don’t see successful as being financially richer — they see successful as having a less polluted planet and a kinder planet and looking after people. I really believe that.”

While the work has led her to identify the similarities between the women in prison and the super-rich, (“The men really do have all the power and it’s scary”), it has also made her less tolerant about wealthy clients’ complaints. “It just makes me smile a bit because I am literally sat there and they say, ‘Camilla I can’t live off less than £20,000 a month’. I think, well actually you can, and the next day I am down at Send, and the women have no money and they haven’t seen their kids for years.”