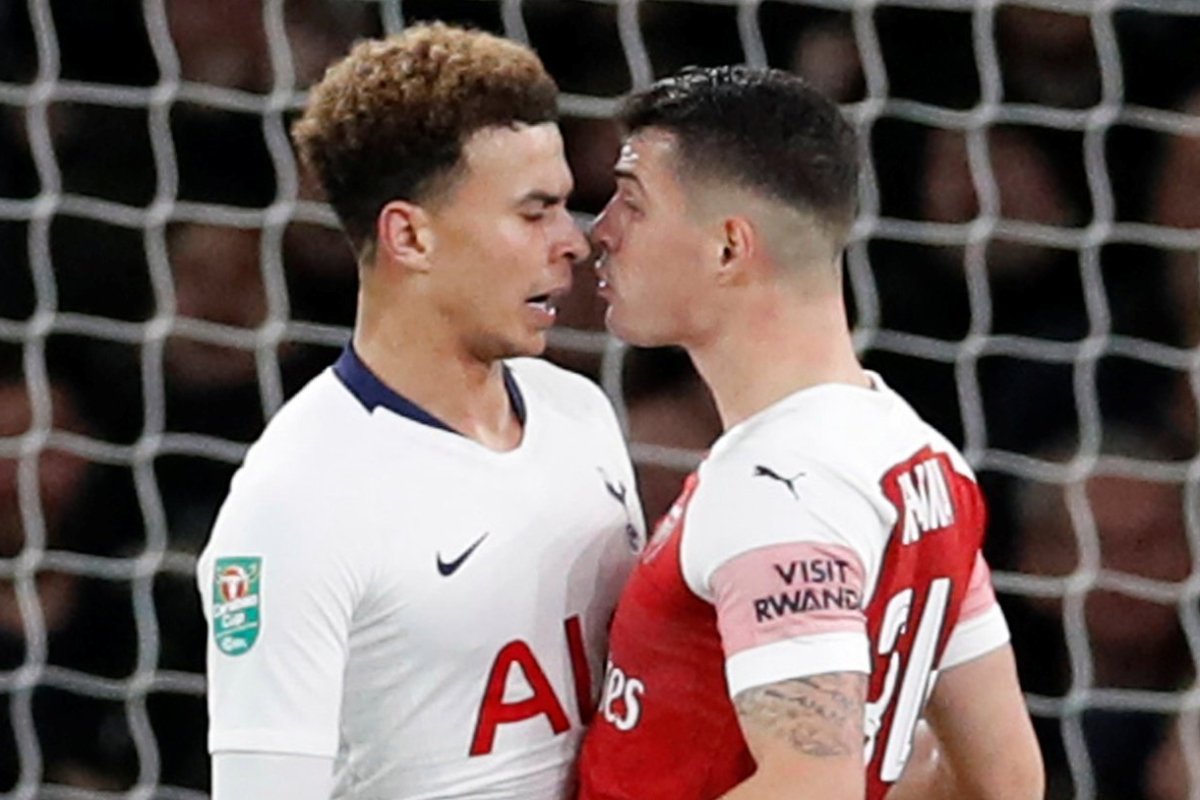 ARSENAL vs Tottenham is poised to become the DIRTIEST derby in Premier League history this weekend.

The two North London giants go head-to-head at the Emirates this weekend, both aiming to bounce back from disappointed losses last week.

Spurs slipped 1-0 at home to relegation candidates Newcastle as their dreadful run continues, while Arsenal were thumped 3-1 by Liverpool at Anfield.

With so much at stake, expect a fiery derby from a match that historically sees 4.3 cards shown per game.

The total tally of 232 cards is just ONE behind the 233 shown in Merseyside derbies between Liverpool and Everton.

With Arsenal vs Spurs averaging 4.3 cards per match over the past 27 years, they set to take the lead in the dirty derby stakes.

In terms of cards shown per game – instead of total cards – Newcastle vs Sunderland ranks as the ugliest clash, at five.

Unai Emery has been slated by fans and pundits, including Ian Wright, alike for not starting his star trio together – with Lacazette on the bench for Liverpool defeat.