The house from The Conjuring is up for sale so, if a sleepover with an evil entity is on your bucket list, you might be in luck.

The Rhode Island farmhouse is on the market for a whopping $1.2million (£876,000) and, according to real estate agent Mott & Chace Sotheby’s International Realty, the 3,109-square-foot home in Burrillville is ‘one of the most well-known haunted houses in the United States.’

The company said in a press release: ‘Legend has it, the home is haunted by the presence of Bathsheba Sherman, who lived in the house in the 1800s.

‘To this day, countless happenings have been reported.’

Their listing of the house also includes eerie shots of dolls on shelves inside the house which might just be enough to put off anyone who has seen Annabelle.

The Conjuring was not actually shot at the property (in case that reassures you), however, the films were based on the story of the Perron family, who lived there in the early 19th-century house in the 1970s, and had plenty of chilling experiences to document.

The house of horror was last up for sale just two years ago, when it was bought for considerably less than the current asking price.

Jennifer and Cory Heinzen purchased the house for $439,000 (£321,000) and often hosted events and rented out rooms overnight to paranormal investigators.

The couple have also reported ‘countless’ happenings in the spooky house since buying it, which turned out to be a lucrative business opportunity, as the caretakers turned overnight bookings and group visits to the property into a ‘steady successful business.’

The Conjuring has grown into one of the most successful horror franchises of all time, with the latest film, The Conjuring: The Devil Made Me Do It, grossing $202million.

The first supernatural horror film in the franchise was released in 2013 and was directed by James Wan.

It follows a family who moves into a farmhouse where they experience paranormal phenomena. They turn to demonologists, Ed and Lorraine Warren, to help them rid their hallways of the spirits haunting them.

Since the initial release, The Conjuring Universe was created, with films presenting a dramatisation of the real-life paranormal investigators.

It includes films such as The Nun and Annabelle, plus some short films, and there are more to come, which horror fans will surely be delighted by.


MORE : I’m A Celeb 2021: All the names tipped to enter haunted Gwrych Castle 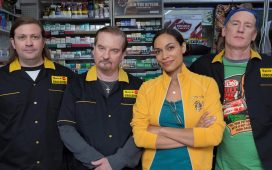 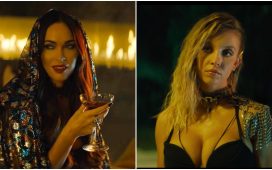 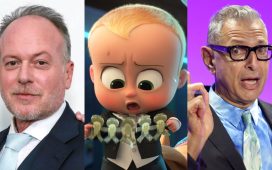