A creepy new horror franchise is on the way from The Conjuring writers, who have confirmed they’ll be creating a series based on the infamously gruesome LaLaurie Mansion murders.

Brothers Chad and Carey Hayes, who created the blockbuster Conjuring movies, will write a series of horror films inspired by the real life murders which took place in Madame Delphine LaLaurie’s haunted house.

The mansion, located in the French Quarter of New Orleans, Louisiana, is regarded as one of the most haunted houses in the world and hasn’t had public access since 1932.

LaLaurie was a New Orleans socialite and serial killer who tortured multiple slaves before murdering them in the early 1800s.

Confirming the exciting news, the Hayes duo said in a statement: ‘We love writing films in which we get to tell true stories – incorporating moments that people can look up and discover did in fact happen.

‘With the LaLaurie House we get to do exactly that. There is a wealth of documentation of a very dark and frightening past of true events. Not to mention that after spending some time there, what we personally experienced was truly unnerving.’

The Hayes brothers have teamed up with Doug McKay, Cindy Bond and Michael Whelan to bring the story to life.

A fire in 1834 mostly destroyed the property but before it did, exposed LaLaurie’s crimes before she fled the city. She was never arrested and died in December 1849 in Paris, France at the age of 62.

Although the mansion’s interior is off limits to the public, it’s still one of the most popular tourist attractions in the city, with ghost tours making sure to stop off at the stunning yet haunting property.

Surprisingly, LaLaurie’s crimes have barely been explored in Hollywood save for Kathy Bates playing a fictionalised version of the character in American Horror Story: Coven.

Perhaps even more of a surprise, Nicholas Cage claimed to have bought the property in 2007 for a rumoured $3.4 million (£2.6 million).

In an interview with the Mail on Sunday’s Event magazine, the Face/Off actor revealed: ‘I once lived in the most haunted house in America.

‘The LaLaurie Mansion in New Orleans used to belong to Madame LaLaurie, a well known 19th century socialite and serial killer. I bought it in 2007, figuring it would be a good place in which to write the great American horror novel. I didn’t get too far with the novel.’

Teasing what to expect from the franchise, McKay said: ‘The LaLaurie Mansion is as scary a place as there is in the world and we won’t hold back in giving audiences the full effect.

‘Chad and Carey will have their hands full, but they are true masters in cinematic retellings of disturbing material. We wouldn’t want this diabolical material in the hands of anyone else.’

Bond added: ‘Building a horror franchise starts with the IP, and for us to be able to tap the LaLaurie Mansion, and its twisted history, is a major coup for Faster Horse.

‘Put in the hands of such gifted storytellers like Chad and Carey, we feel there are many chapters to tell – one frightening occurrence after the next.’

The LaLaurie story certainly couldn’t be in more capable hands as Chad and Carey are responsible for giving us The Conjuring, undoubtedly one of the best horror franchises ever.

Principle photography is expected to begin on the LaLaurie murders in 2020. 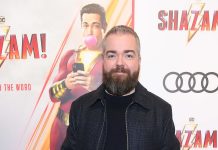 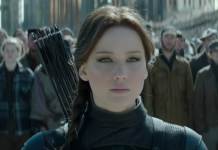