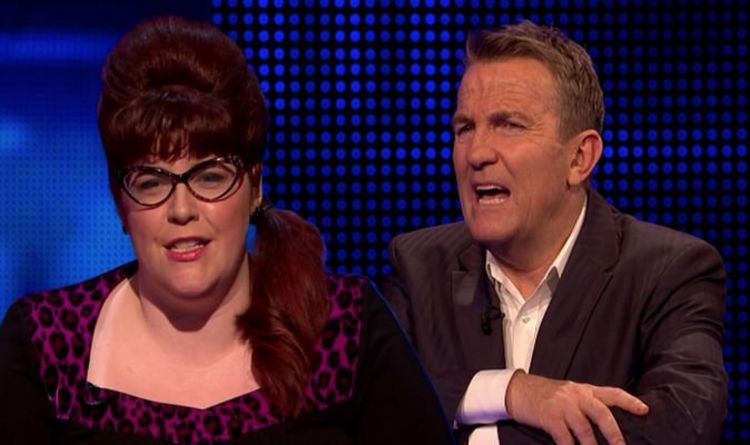 Tonight, The Chase quizzers failed once again to beat Jenny Ryan, as the two remaining players, Ali and Dave, were quickly taken down in the Final Chase. However, an earlier moment in the show caused fans on Twitter to share their thoughts on a judgement which they thought was perhaps a little unfair.

On this evening’s episode, contestants Karen, Ali, David and Ben took on The Vixen, however she didn’t get a single question wrong until the Final Chase, leaving two players swiftly knocked out after their cash-builders.

However, fans of the show felt one judgement was particularly unfair.

One contestant, David, was having a successful cash builder round, when Bradley then refused to accept one of his answers as correct.

He asked David: “Chinese soldier statues are made of what substance?”

Unfortunately, it didn’t matter, as David failed to make it through to the Final Chase, as The Vixen seemed to foreshadow his fate, telling him: Sorry David, you’ve got to go.”

She remarked before her final round: “I haven’t got any questions wrong yet today.”

Ben and Ali struggled in the final Chase, only managing to get 12 questions correct, with some commenting how it seemed to be Ben answering all the questions.

“Is Ali asleep?” asked one viewer, with another wondering if Ali’s button was “broken.”

Although the pair had a couple of opportunities to pushback, it wasn’t enough for them to stop themselves from being caught.

“Caught with 36 seconds remaining… damage was done when the other two players went,” said Bradley

He continued: “No clean sweep, but close.”

Fans quickly commented on Jenny’s great run, with one declaring: “The Vixen his on lethal form.”

The Chase airs every weekday at 5pm on ITV One

READ  Who is Love Island new boy Luke Trotman, how old is he and what is his Instagram?
Share on FacebookShare on TwitterShare on PinterestShare on Reddit
newsgrooveOctober 4, 2019