NewsGroove Uk
NewsGroove Uk > TV > The Chase: Bradley Walsh loses it with Shaun Wallace over Die Hard debate – 'No it's not'
TV

The Chase: Bradley Walsh loses it with Shaun Wallace over Die Hard debate – 'No it's not' 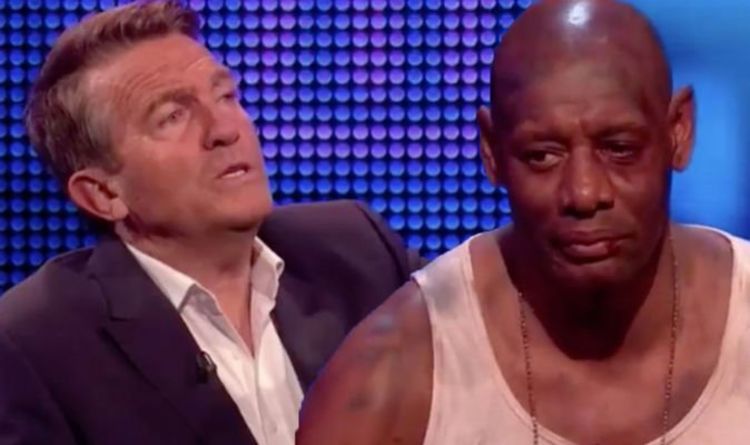 The Chase returned for a Celebrity festive special this evening, with Bradley Walsh, 59, overseeing the proceedings. Joining the all star line-up were former X Factor host Kate Thornton, 46, The Only Way Is Essex star James Argent, 32, comedian Lucy Porter, 46, and This Morning regular Nik Speakman, 58. However, it was Shaun, 59, who got viewers of the ITV quiz show talking and the host riled.

As Kate was the first contestant to face a Chaser, she was met by Shaun dressed as Bruce Willis, 64, Die Hard character.

After some debate with Bradley whether the hit movie was a Christmas film, the Chaser tried to give an impersonation of John McClane.

Shocked by what he heard, the host had to ask The Dark Destroyer who’s accent he was trying to replicate.

“No it’s not,” the presenter exclaimed as the quiz master said he was talking like the hardman, slamming the table in the process.

READ MORE: The Chase: 5 of the most shocking moments from ITV quiz show

Bradley also told Shaun to stop speaking in the American accent as he didn’t think the Chaser was pulling it off.

On social media, fans also commented on The Chasers attempts at trying to get into the festive spirit with the Die Hard reference.

One posted on his impersonation: “#TheChase Shaun good as bruce wills.

Other Chasers also got in on the festive antics with Mark Labbett, 54, dressing as Santa Clause and Paul Sinha, 49, as a Christmas Elf.

Speaking about the series, Bradley told Radio Times: “The contestants are brave facing one Chaser, let alone all five.

READ  Teen Mom star Kailyn Lowry at war with Leah Messer after branding her ‘weak’ for joining ‘cult’, according to reports

“With that group of top quizzing brains working as a team, it’s going to take some beating.

“But I can’t wait to see who’s going to take them on,” the presenter commented, but a new series of The Chase will subsequently follow.

Fans will have to wait and see which quizzing master joins stars such as The Beast, The Dark Destroyer, The Governess, The Sinnerman and The Vixen.

Despite hosting the show for 10 years, it seems Bradley won’t be handing over the role anytime soon according to Anne Hegerty, 61.

Having also been on the show for the same amount of time, The Governess star has spoken out on the presenter’s future.

Asked if the show would end if the Doctor Who actor left, she replied: “We don’t want to think about it.”

The Chase continues Friday at 5.35pm on ITV.