It’s a winner for 20th Century Studios and their latest release, The Call of the Wild. The newest adaptation of Jack London‘s beloved 20th century novel stars Harrison Ford as a grizzly mountain man looking for some peace and quiet when a big, lovable dog named Buck bounds into his life and takes him on a big adventure across the Alaskan wilderness.

The Call of the Wild edged out last weekend’s winner, Sonic the Hedgehog, and brought in $8 million domestic on Friday night. This total includes the $1 million domestic earned in Thursday night previews. Opening in 3,752 theaters nationwide, The Call of the Wild averaged $2,145 per theater. Coupled with the Ford-focused feature’s solid Friday opening (it’s currently on track to make somewhere between $25 and $30 million domestic this weekend) are equally solid audience and critical reactions. The pic scooped up an A- CinemaScore from audiences and currently reps a 64% on Rotten Tomatoes. Historically, when it comes to all things Disney-related, both Ford and adorable animals have been crowdpleasers and the House of Mouse’s love of a good wilderness-set adventure has proven fertile ground for reeling in audiences. Chances are good business will pick up for The Call of the Wild with these assets in hand.

Because the box office is a bit like Highlander — there can be only one — The Call of the Wild‘s Friday box office success means Sonic the Hedgehog is now hanging out at number two in the charts. Sega’s blue speed demon zipped its way to $6.4 million domestic in its second Friday in theaters — a sharp 69% drop since last week. The Paramount Pictures release is holding on to a decent per theater average of $1,525 from 4,198 screens total. To date, Sonic has earned $86.7 million domestic and $43 million overseas, making for a global total of $130 million.

Coming in at number three is Brahms: The Boy II, the sequel to 2016’s The Boy. The STX Entertainment horror sequel stars Katie Holmes and follows a new family who come into possession of the possessed doll which wreaked havoc in the first installment. The film brought in $2.2 million domestic in its first Friday, averaging $1,023 per theater from 2,151 screens total. The feature hasn’t quite thrilled critics or audiences, earning a 9% on Rotten Tomatoes from the former group and both a C- CinemaScore and 1 star rating via PostTrak from the latter group. All things considered, Brahms: The Boy II is currently on track for a $6 million opening weekend.

For more, check out our review of The Call of the Wild to help you decide what you should see this weekend.

Beauty and the Beast – animated vs live action cast: Who plays who?

‘Westworld’: Who Is Charlotte Hale Really? 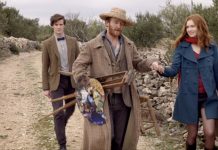 Lockdown watch: Mark Cousins on why he's only seeing films from 1940

Elvis That’s the Way It Is release date: When is Elvis documentary out? Movie DELAYED

My streaming gem: why you should watch Locke