The British economy is not ready for Brexit 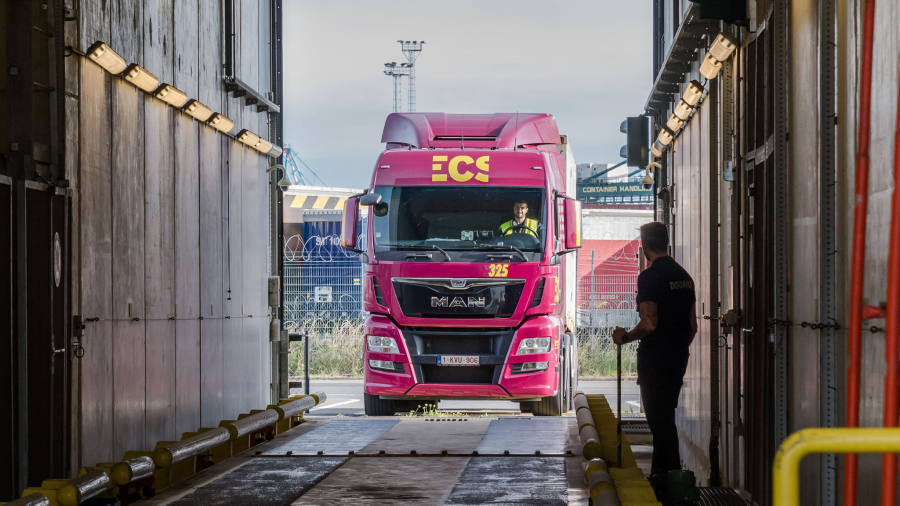 Barring a rapid revolt from MPs opposed to crashing out of the EU, a hard Brexit is now the most likely outcome at the end of October. To get a deal with Brussels, UK prime minister Boris Johnson would need to devise practical and workable alternative arrangements to normal border controls in Ireland.

The British government has had three years to come up with suggestions that work for legitimate trade, fraudsters and smugglers, but it still only mumbles about trusted trader schemes, number plate recognition and checks away from the border.

The only innovation coming out of Downing Street has been devising alternative arrangements to parliamentary scrutiny of the Brexit process. Without something better, a deal with the EU is going to be impossible. So Britain’s phoney war with Brexit is coming to a close and the real thing is about to start.

The economy is not ready. Economic output contracted 0.2 per cent in the second quarter. Although that figure was distorted by temporary shutdowns in the car industry, there is nothing to suggest the underlying growth rate is anything other than feeble. The latest sentiment indicators were horrible and confirm that Britain’s economy is far more exposed to Brexit risks that the rest of Europe.

Productivity levels have again been falling, businesses are on a prolonged investment strike and there are early signs that the remarkably strong labour market might be on the turn. It would not take much of a shock to push a sluggish economy into recession.

Brexiters’ suggestions that the EU will capitulate because they dare not risk a no-deal rupture misunderstands the fundamental weakness of threats made with a gun pointed at your feet.

The closer a hard Brexit becomes, the more urgent are questions about its likely impact. The good news here is that there is no longer any need for speculative economic models predicting that no deal is a bad idea for the UK. The evidence is already strong that, as Britain has moved towards more decisive breaks with the EU’s institutions, the damage has intensified.

A Bank of England study this week estimated the UK has already forfeited 3 per cent of national income in the three years since voting to leave the EU. Uncertainty over Brexit has prevented business investment growth for the four years since parliament passed a law requiring a referendum.

One of the few things we know about a hard Brexit is that, far from being a clarifying experience, it starts off years of tortuous negotiation with Brussels. Elsewhere we have learnt that, if anything, trade wars cause more harm than economic models predicted.

Britain must also deal with any immediate disruption come the end of October. So long as households do not panic buy, much of the talk of shortages has been overdone, but there is no getting around the fact that a hard Brexit reinstates trade barriers where there have been none.

Even if EU authorities opt not to take a strict approach to product standards, European companies are not ready for the complications of ordinary customs declarations and there is a severe shortage of qualified agents to help. Frictionless intra-European trade currently depends on being part of EU institutions. If Britain departs from these abruptly, the ferry companies will not allow lorries without the correct paperwork to board, trade flows will decrease substantially and tariffs will make low-margin trade unprofitable.

READ  How coronavirus is killing off global air travel

If the disruption is contained, it causes the relatively benign scenario of a 2 per cent drop in output forecast by the IMF. The Bank of England forecasts that more disorderly scenarios would lead to a bigger slump. Either way there is every reason to expect stormy economic weather this autumn.

There would naturally be a monetary and fiscal policy response to mitigate any downturn. Although the BoE says it does not know how it would respond, it should and almost certainly will cut interest rates to close to zero from the current 0.75 per cent rate.

We should expect higher government spending and a likely rapid cut in VAT, since that can be implemented at great speed. But these efforts to stimulate demand are temporary sticking plasters and will do nothing to counter the fundamental damage of a hard Brexit. More austerity will ultimately be needed.

The UK has had three years of experience since the Brexit vote. The consensus of medium-term independent forecasters has lowered the long-term annual growth forecast from 2.2 per cent a year to 1.7 per cent. As a hard Brexit becomes a reality, expect the economic outlook to dim further.