The brain nutrient vegans need to know about 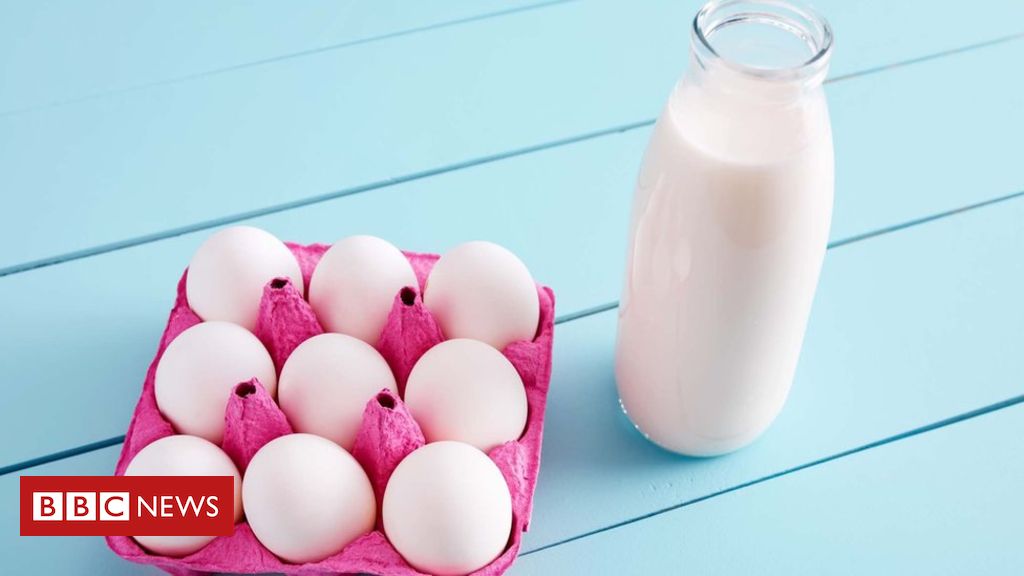 People who eat vegan or plant-based diets should ensure they are getting enough of a key, but little-known, brain nutrient, say experts.

Choline, which helps transfer signals between nerve cells, is highest in dairy foods and meat.

Nutritionist Emma Derbyshire told a BMJ journal that people not eating those foods may not get sufficient choline.

But the British Dietetic Association said, with planning, it was possible to obtain enough from a vegan diet.

Eggs, milk and beef are prime sources. But it is also present in foods including:

Dr Derbyshire, an independent nutrition and biomedical science consultant, wrote in BMJ Nutrition, Prevention and Health that the UK was falling behind other countries by not recommending or monitoring dietary levels of the nutrient.

She suggested there had been research suggesting pregnant and breastfeeding women in particular had to ensure they had enough choline in their diets, because of suggested benefits for foetal brain development.

Dr Derbyshire said: “I’m looking in the first instance to raise awareness. But I also think if people are eating a plant-based diet, particularly if they are women of childbearing age, they should look at supplements.”

Bahee Van de Bor, a spokeswoman for the British Dietetic Association, said: “You absolutely can meet the requirements with a vegan or plant-based diet.

“But you have to have a plan. Foods can be vegan but not provide the necessary nutrients.”

She said that, just like iron, B12, omega-3 and calcium, people on plant-based diets needed to ensure they were getting enough choline in their diets.

She said the suggestion that pregnant and breastfeeding women might need higher levels was “interesting”, but more research into that area was needed.

A spokesman for the British Nutrition Foundation added: “It’s likely that a healthy and varied vegetarian or vegan diet would provide some dietary choline.

“It’s also important to make sure plant-based diets are well balanced to ensure enough of nutrients like iron, zinc calcium and vitamin B12 are consumed.

“Having said this we know that there can be many health benefits of following a more plant-based diet, although this doesn’t necessarily mean that animal products have to be excluded completely.”

READ  Coronavirus: China accuses US of causing panic and 'spreading fear'
Share on FacebookShare on TwitterShare on PinterestShare on Reddit
newsgrooveAugust 30, 2019