In the last decade, video game stories have reached a whole new level of quality. These stories have become much more than just lose narratives leading players from one area to another; they can evoke genuine emotion that moves players and stays with them for years to come. Many games that have universally acclaimed stories like The Last of Us and God of War focus around a shared trope: the old badass and child duo.

Some of the greatest stories in video games revolve around a parental figure trying to raise a child in a dangerous world. These grizzled characters have usually become jaded by the cruelty of the world while their child companion retains their sense of innocence. During their journey, the parental figure imparts their knowledge and experience to the child, while the child teaches them to find joy in life again. It’s a popular trope that’s used in movies and books, but it seems to work best in video games.

RELATED: How God of War Ragnarök Is Being Made More Accessible for All

Characters Like Kratos and Atreus Provide the Best of Both Worlds

One of the core parts of the old badass and child trope is the duality of cynicism and optimism. The old badass is skeptical of everything and always assumes the worst of everyone, while th child is usually naive and expects the best of the world. As the story progresses, the two characters usually adopt each other’s perspectives. The old badass becomes a little more optimistic, while the child gains a healthy suspension of the world.

Video games use this dynamic in an interesting way, as they allow players to take on both roles at the same time. In God of War, Kratos does his best to avoid other characters and ignore the pleas of those who need help. Atreus, on the other hand, is always eager to explore and help those in trouble. Players get to enjoy being the cool and aloof badass while still being able to engage with the story and the world. It’s the best of both worlds, as players can experience the coolness of cynicism and the excitement of optimism.

RELATED: What We Want from The Last of Us’ Remake

Players Become Invested in the Story

In stories that use the old badass and child trope, the badass is usually reluctant to take on the responsibility of the child. Either they believe they’re ill-equipped to be a parent, or they’ve experienced trauma that makes them not want to risk being hurt again. The badass is forced to take on the child to pay off a debt or to reach some goal. Eventually, the badass grows attached to the child and wants to make the world safe for them. Stories like this do an excellent job of making players invested in the characters and their future.

Games that use this trope force the player to protect the child and care for them. The first season of Telltale’s The Walking Dead does this in a compelling way. It is up to Lee to watch over Clementine, a defenseless child in the zombie apocalypse. Throughout the game, players quickly begin to feel like Clementine is their own child. They feel real fear and worry anytime Clementine is in danger. The stakes of the game become much more real because it’s not just the player’s life that’s on the line but the life of the child, too.

RELATED: Why Now Is a Great Time to Be a Dead Space Fan

Watching a Character Like Ellie Grow Up Is the Greatest Payoff

In these stories, the badass usually does more than just protect the child. They also teach them how to survive in a cruel world. The child learns how to defend themselves, and their worldview is shaped by the badass’ lessons. By the end of the story, the child has matured and is ready to take on the world on their own. These moments can be the most satisfying for players.

Seeing a child character grow up and use the lessons the player taught them can create an emotionally powerful feeling in the player. In The Last of Us Part II, players get to control Ellie instead of Joel, allowing them to see Ellie use the training and lessons Joel put her through. The player’s hard work in the first game has paid off.

The same applies to other games as well. In BioShock Infinite‘s DLC, players get to be Elizabeth, who learned who to fight from Booker in the main game. In the later seasons of The Walking Dead, Clementine has grown and is prepared for what the world throws at her because of Lee. Players get to raise the child to be a new badass and then play them in the sequel or DLC. It’s the ultimate payoff of the trope, and it’s something only video games can do. 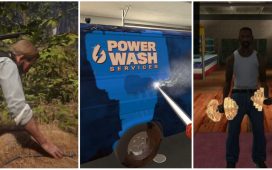 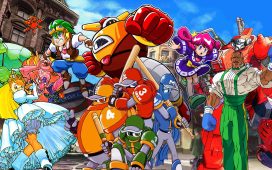