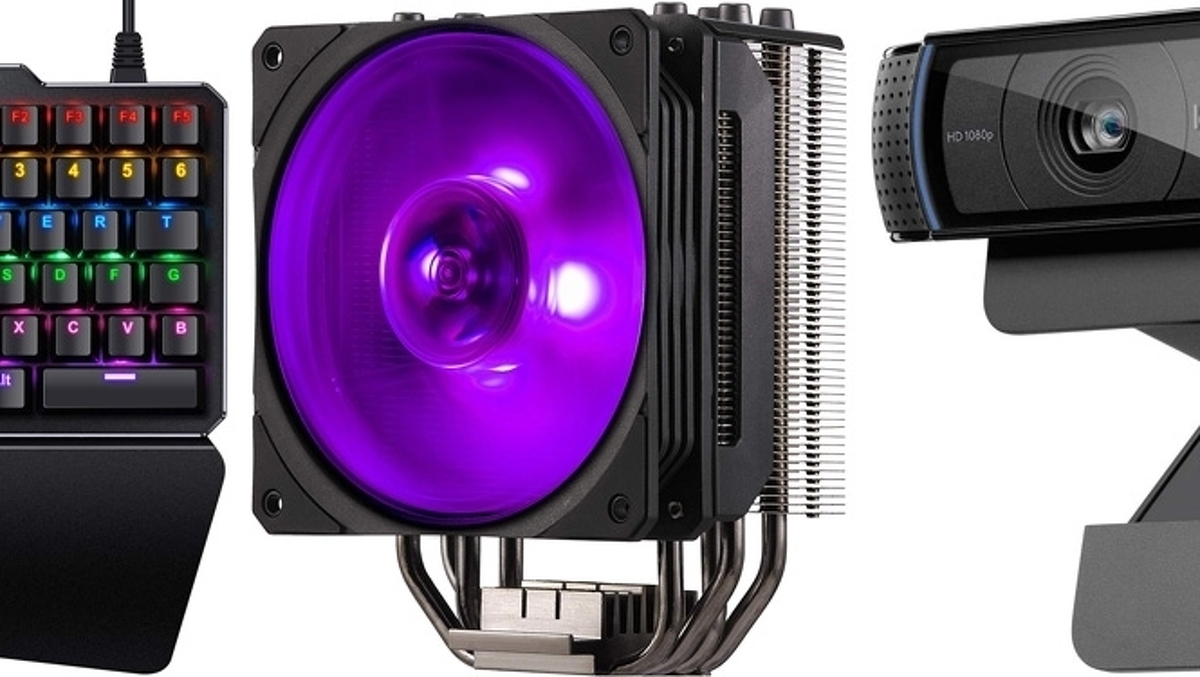 Updated Thursday with dozens of new deals on PC peripherals and components, memory cards and TVs.

Following our round-ups of the best deals at Dell, Ebuyer and Overclockers, I thought it would be interesting to take a look at the company at the centre of the Black Friday trend: Amazon. Today is a particularly good day to get involved, with big savings on Logitech peripherals, SSDs and memory cards from Samsung, Sabrent and SanDisk – and more. Here are the highlights!

For each product we recommend, we’ve looked at both the listed RRP and the actual previous best price on Amazon. This takes a lot of time to check for each item, but it gives you a much better idea of exactly how good these deals are! Let us know what you think of this in the comments – it would be good to know how best to balance how fast we can let you know about these sorts of deals versus how much detail you want to see.

Up to 40 per cent off Razer mice, keyboards and headsets

There are a few nice Razer peripherals on sale at Amazon today here and also here, including the wildly popular Deathadder Elite mouse at only £35 – half its RRP and the cheapest it’s been all year. Other highlights include the fan favourite Naga Trinity MMO mouse, the satisfying Razer Ornata not-quite-mechanical keyboard and various Thresher headsets for PC and consoles.

Sabrent’s NVMe SSD deals have returned, offering strong performance at an incredibly low price. Use the 25 per cent off voucher button below the price on each product page and then go to your basket to see the deal prices! Remember that PCIe 4.0 drives are currently only supported by AMD X570 and Threadripper TRX40 motherboards, so we recommend the PCIe 3.0 drives for all other users, including all laptops!

Microsoft Intellimouse and ergonomic keyboards at half price

Up to 40% off AOC gaming monitors, including ultra-wides

AOC gaming monitors have quickly become a great value for money choice, with several examples on our round-up of the best gaming monitors. Four examples are part of the joint AOC/Philips monitor sale on Amazon:

Up to 40 per cent off Asus peripherals

Asus also have a range of discounted peripherals today, including a pink keyboard, headset and mousepad. Here are the highlights:

If you’re interested in streaming, there are a selection of Elgato accessories on sale – including their iconic Stream Deck at a third off, a 1080p60 capture card and a green screen.

Finally, here are the best of the rest – one-off deals on select items we reckon you’re going to like. The Logitech C920 webcam is a popular choice for streaming and video calling, and it’s down to its lowest ever price. Another example is the Cooler Master Hyper 212, perhaps the most popular CPU fan on the market, which has had its RGB model discounted by £13. Other one-off highlights include a cheap (but reliable) mechanical keyboard and mouse combo for £30 and fast 1TB SSD from Seagate for £75 off.

Samsung make some of the best flash memory in the business, so it’s nice to see discounts on some of their most popular SSDs and Micro SD cards. Here’s what’s worth buying:

Up to 30 per cent off SanDisk memory cards and SSDs

More heavily discounted Micro SD cards, flash drives and portable SSDs now, this time from memory king SanDisk. Here are some examples, but this is just a tiny fraction of the overall sale so check out the full lot if what you’re looking for isn’t here!

Up to half off Logitech computer accessories

Some Logitech peripherals have been discounted today, from super-cheap office fare to top-tier gaming accessories. Here are the highlights – including some of the best gaming headsets.

20 per cent off PC gaming monitors from Dell, BenQ, Samsung and Asus

Looking for a monitor? Amazon has got a ton of monitors, most of which are discounted for Black Friday. It’s a bit of a mixed bag here, including some very ancient models that you probably wouldn’t want but also more recent models at best-ever prices. Here are a few highlights from the full sale – and remember we have a full round-up of Black Friday monitor deals here too!

Another massive category sale is for a range of 4K TVs, including some nice models from Samsung, LG, Philips and so on. Here are the highlights – but check out our Black Friday 4K TV deals for models from across the web!

OK, that just about brings things to an end. Thanks for checking out the Amazon deals, and let us know in the comments if you’ve found any good deals that we’ve missed!