NewsGroove Uk
NewsGroove Uk > Music > The Beatles: Ringo Starr on how he was 'really close' to John Lennon and George Harrison
Music

The Beatles: Ringo Starr on how he was 'really close' to John Lennon and George Harrison 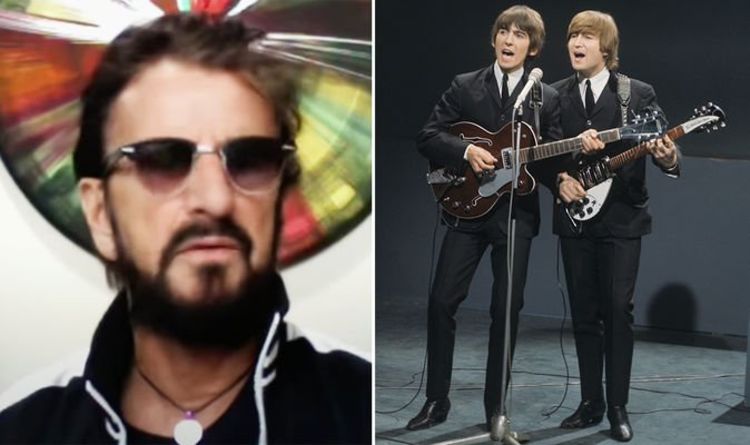 Only two of The Beatles are alive today in Sir Paul McCartney and Sir Ringo Starr and now the latter has shared how he misses John Lennon and George Harrison. Appearing on The Late Show with Stephen Colbert this week, The Beatles drummer was asked how often his bandmates were on his mind. The 80-year-old replied: “Oh yeah quite a bit. I mean, not every moment of my life of course.”

Sir Ringo continued: “We just had two sad anniversaries. George is 20 years [since] we lost him; a great friend of mine. John, 40 years for god’s sake!”

John was tragically murdered in December 1980 at the age of just 40-years-old, while George died of cancer in November 2001 at 58-years-old.

The Beatles drummer continued: “Things come around and you think what a great time and you think of days and things [that] happened.

“I always say I’m an only child and suddenly I had three brothers and we were really close. We were sort of psychic in the end.”

Sir Ringo added: “After the count-in, the four of us every time gave our all and that’s a great memory to have.

The 80-year-old was also asked about The Beatles’ US debut and appearance on The Ed Sullivan Show in February 1964.

The Beatles drummer admitted that Sullivan didn’t know who the Fab Four were and they’d never heard of him either.

Sir Ringo said: “There will be no touring this year, but I’m making another EP for October.

“So I’m getting a chance to hit my drums and paint a bit and go to the gym.

“And that’s what I’m doing. I’ve had two [vaccine] shots so feel groovy – peace and love!”

The 80-year-old said that his new book Ringo Rocks: 30 Years of the All Starrs had sold out, but would be back in stock on Friday with all proceeds going to the Lotus Foundation.

Sir Ringo will give his only UK interview promoting his new EP Zoom In on BBC Radio 2’s Breakfast Show tomorrow on Thursday, March 18th.

Zoe Ball said of the upcoming interview: “And I’ve been telling you we’ve got a very exciting guest coming up on the show this week, I wasn’t able to tell you before. I can tell you now, I’ve had the go-ahead from upstairs. On Thursday morning, Sir Ringo Starr on The Breakfast Show, brand new music.

“We’ll have for you the World exclusive play of his brand-new track, I’ll be chatting to him as well, Sir Ringo Starr on the show on Thursday morning. Little bit excited about that.”

To listen to Sir Ringo Starr’s Zoom In Zoom Out on streaming, click here.