The Bachelor's Bekah Martinez was 'shaking' when she found out she was pregnant with baby No. 2 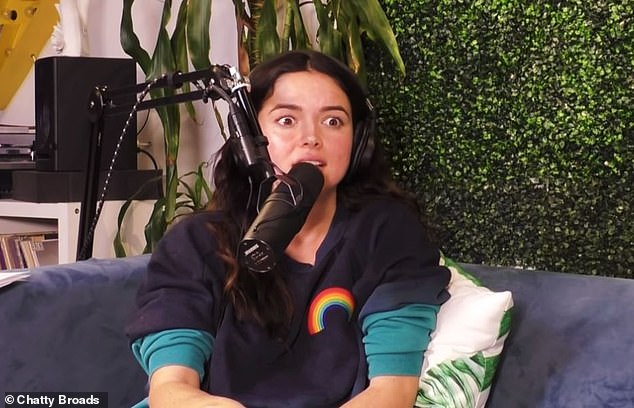 She announced she was expecting baby No. 1 on Thursday, just nine months since the birth of her first child.

And Bachelor alum, Bekah Martinez, revealed the unexpected moment she realized she was pregnant once again, leaving her in full and utter shock.

The 24-year-old took to her podcast, Chatty Broads, to share the experience and reveal she’s due in June, 2020.

Shock to the system! The Bachelor’s Bekah Martinez revealed on Thursday that she was ‘shaking and convulsing’ when she learnt she was pregnant with baby number two – just nine months after first child

‘I was two weeks late on my period,’ she said.

‘Granted, I’ve only had two periods since Ruth was born, so when I missed my period I thought, “Ok, my hormones are probably still shifting.”‘

Bekah explained she awaited another two weeks before taking an at-home pregnancy test. 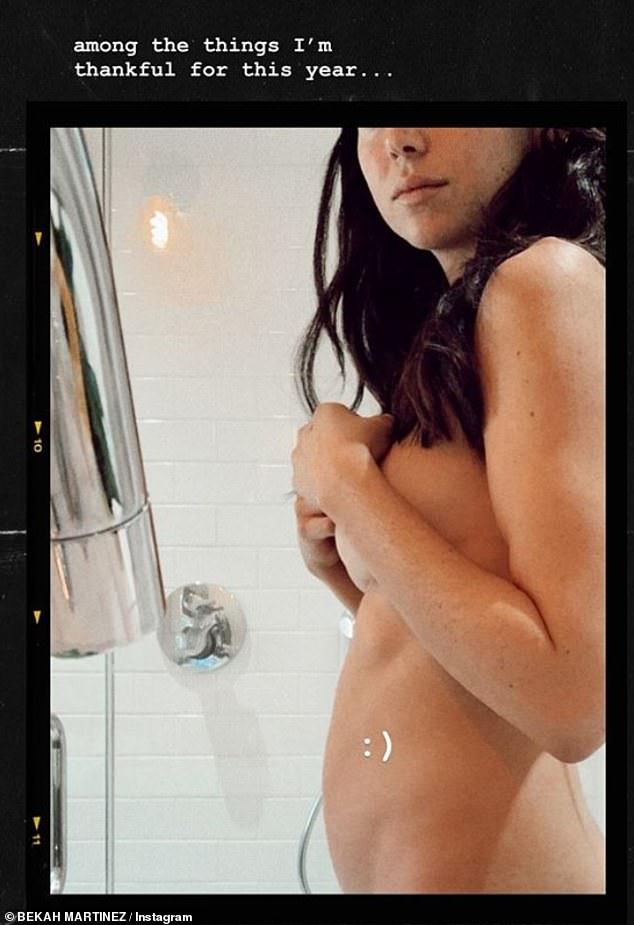 Baby on the way! Bekah revealed she took an at-home pregnancy test when she learnt she was expecting 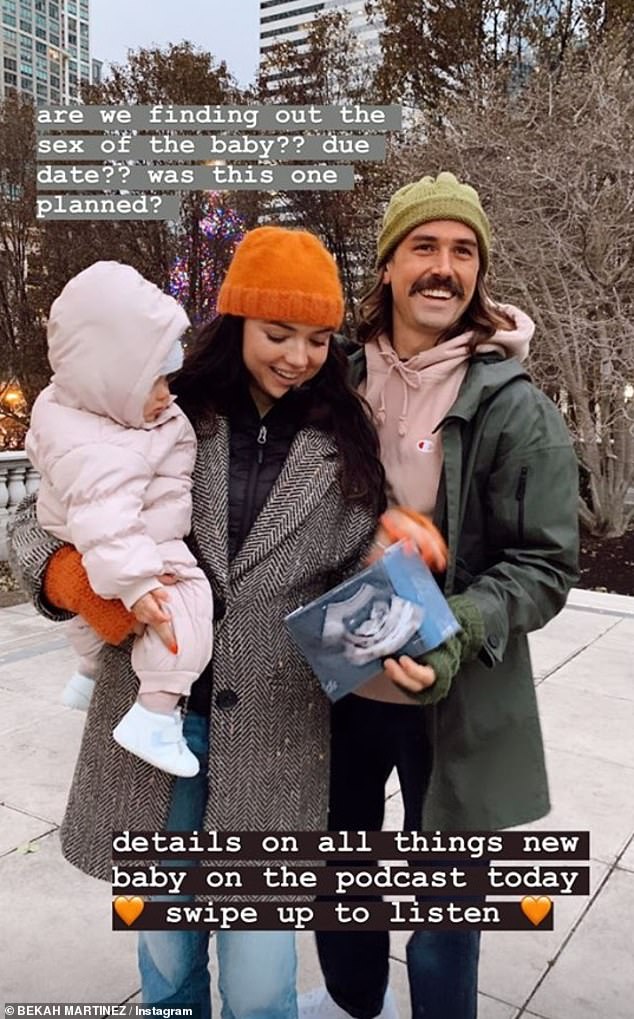 Before the calm and happiness! ‘My body was almost convulsing. I was shaking so hard. I was in utter shock and disbelief’

‘About two weeks after, I was like, “Well, I do have a test here in the house.” It was in the morning and Gray [her boyfriend] was in the bed with Ruth and I didn’t say anything. I was like, “I’ll take it. Why not.”‘

But it wasn’t the calmest of reveals with Bekah admitting the clear double red lines had her ‘convulsing.’

‘My body was almost convulsing,’ she said. ‘I was shaking so hard. I was in utter shock and disbelief.’

The former reality star added that she was ‘excited’ to learn the sex of her new baby and would be happy with a girl or boy.

‘If I have a little girl, the sisters will be only 16 months apart,’ she said, revealing baby number two would be due in June 2020. 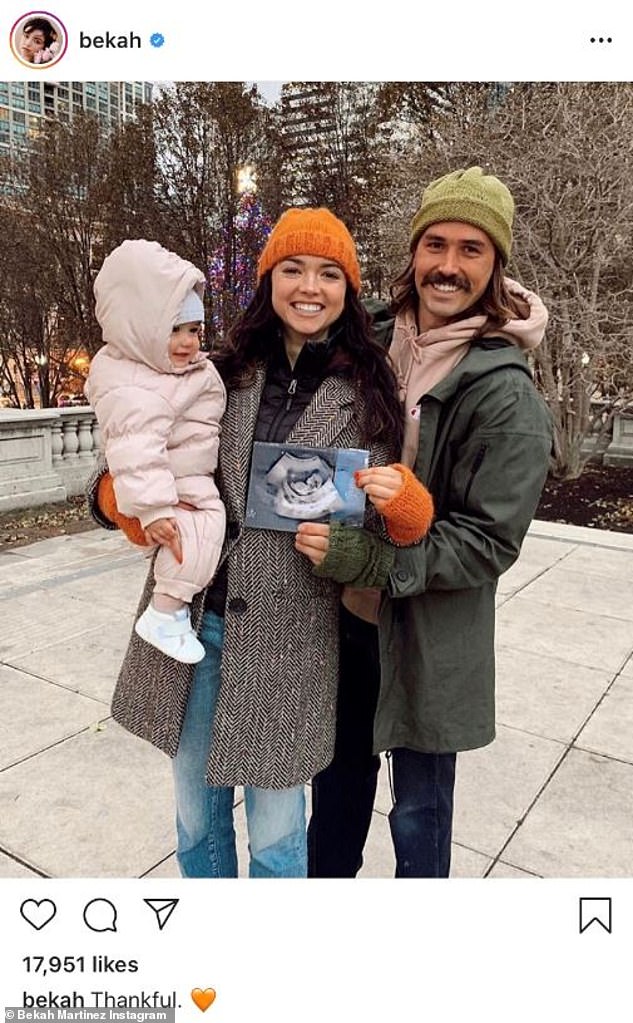 Nine months later: Just nine months after welcoming a daughter Bekah Martinez and her beau Grayston Leonard announced another bundle of joy is on the way, through an Instagram post on Thursday

Bekah added: ‘My sister and I are only two years apart [and] it’s a blast. And if it’s a little boy, how fun because we haven’t had a little boy yet.’

The beauty showcased her burgeoning baby bump in a naked snap on social media on Thursday after she announced she was pregnant with another child.

The family stood in a city square, as the mom and dad held up a sonogram picture with the caption: ‘Thankful.’

Bekah, holding her baby girl who was in a baby pink snow jumper, donned light wash jeans, a hounds tooth jacket over a black puffer and an orange sweater and beanie. 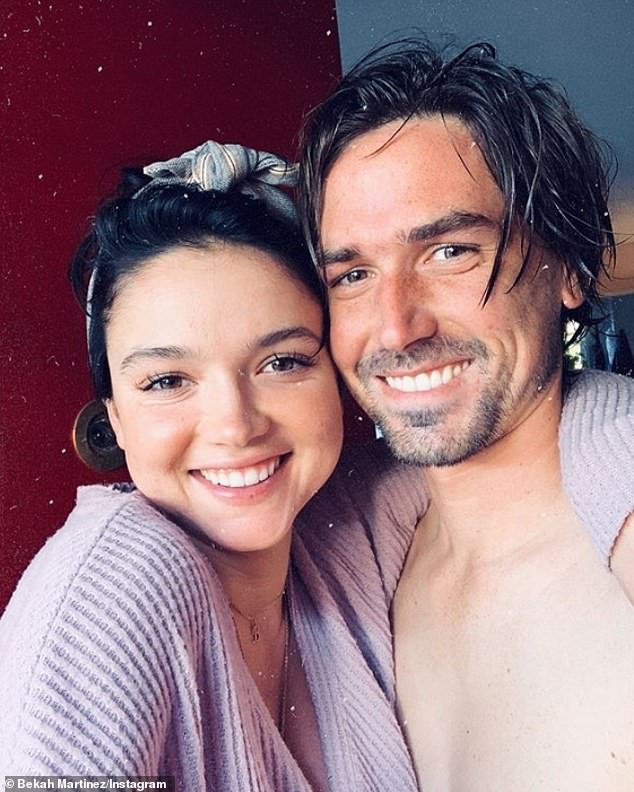 Short time: The couple was only together for three months before Bekah got pregnant, which was now just over a year ago

While Grayson was in dark wash jeans and a green trench coat over a pink hoodie.

The news comes just nine months after the reality TV star and her beau welcomed their daughter Ruth Ray De La Luz Leonard via water at the Natural Birth Center in Los Angeles on Saturday, February 2.

Bekah previously opened up about the ‘issues’ she has had since getting pregnant with her boyfriend.

The Bachelor alum shared a message about the struggles of ‘getting unexpectedly pregnant only three months into a relationship’ via a post to her Instagram just a month after the birth of their daughter. 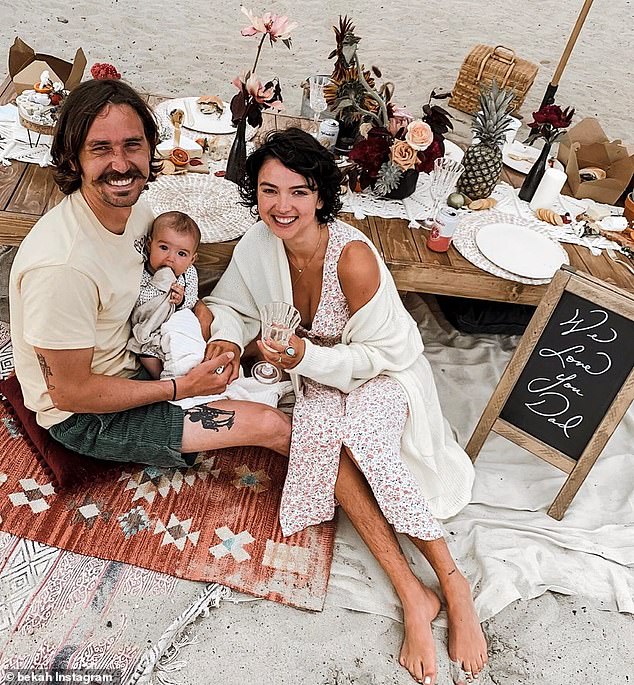 Together: Bekah previously opened up about the ‘issues’ she has had since getting pregnant with her boyfriend

‘This man is wonderful. And handsome. And a great dad. I love him so much, but there’s so much you don’t see that goes on behind the instagram scenes,’ she began her post.

‘I think it’s easy to look at our photos together and think we transitioned seamlessly into a life with each other, and that couldn’t be further from the truth.’

She continued, ‘Getting unexpectedly pregnant only three months into a relationship isn’t all fun and games.

Actually, it’s mostly tears and arguments (or at least that was our experience). 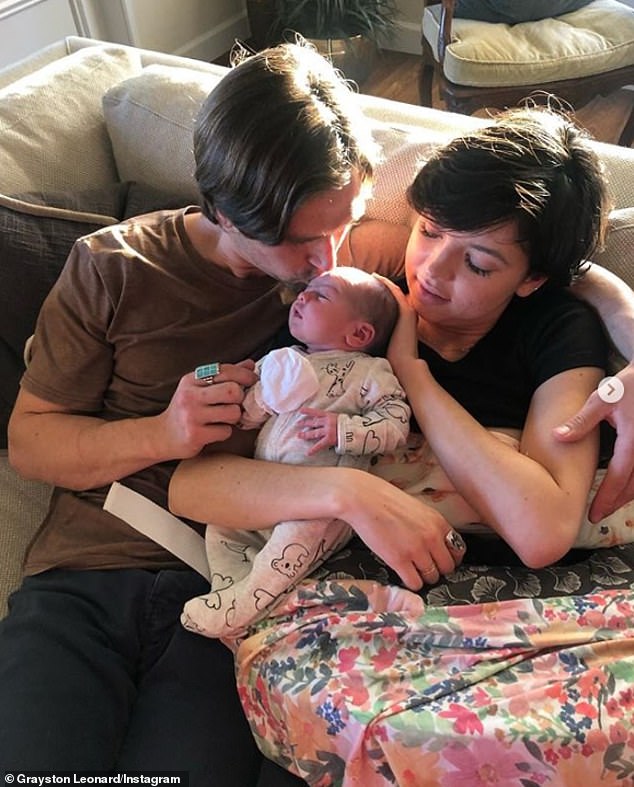 ‘Don’t get me wrong, I’ve never been happier than I am now. I couldn’t think of a better person to be my partner or the father of my child, but dealing with the stress of an unplanned pregnancy with someone you barely know is ROUGH.

‘We’re still getting to know each other now; we skipped past the whole dating phase and haven’t had much time to talk about things that aren’t baby-related.’

She finished her comment by relating her experience to those of her followers: ‘All that being said, we’re starting therapy together and I’m looking forward to where the future takes us. 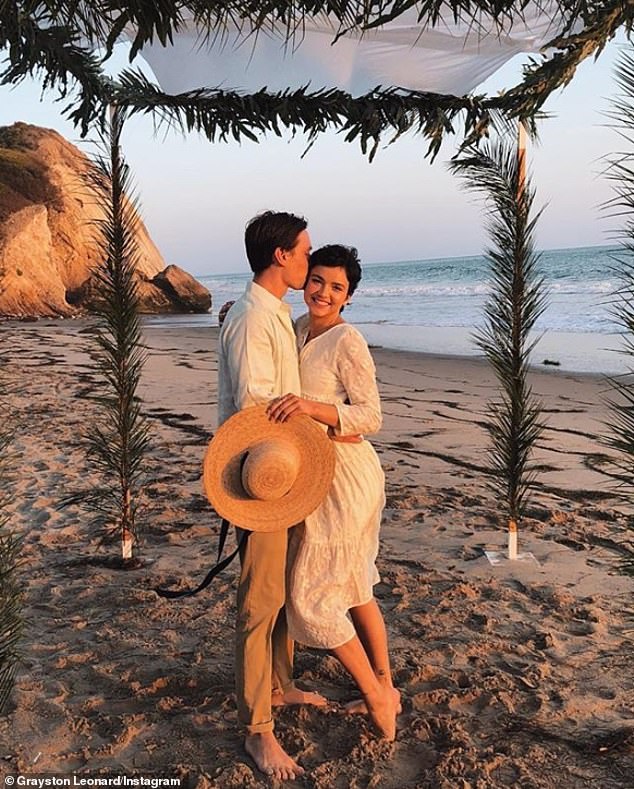 All smiles: The reality television personality first broke on to the scene when she became a fan favorite during The Bachelor’s 22nd season