It’s coming up to the end of Angie Kent’s series of The Bachelorette.

But on Wednesday night’s episode, fans were unable to focus on the three hunky finalists – and instead turned their attention to the blatant Priceline Pharmacy advertisement.

Within two minutes of the episode airing, Angie was spotted walking to the mirror to glam up her hair for her final date with Timm Hanly. 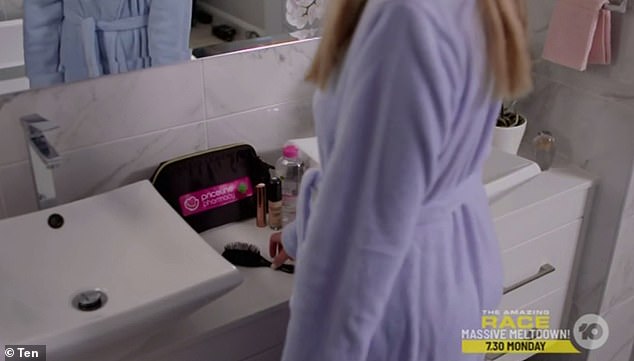 ‘So blatant!’ While Angie Kent (pictured) was getting ready, the camera focused entirely on a Priceline-emblazoned make-up bag – who just so happen to be the official beauty partner of The Bachelorette

But while reaching for her hairbrush, the camera focused entirely on a Priceline Pharmacy-emblazoned make-up bag – who just so happen to be the official beauty partner of The Bachelorette.

Eagle-eyed viewers took to social media to mock the segment, with one fan writing: ‘I think, maybe, just maybe Priceline has a sponsorship. #BacheloretteAU.’

‘Wow that PRICELINE product placement was so subtle #BacheloretteAU,’ a second wrote. 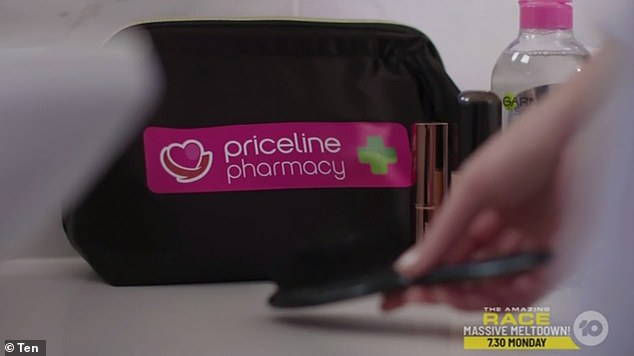 Even more obvious! The camera then dedicated an entire two seconds of footage to the logo

Speaking about Timm’s choice of flowers he brought for Angie, another viewer laughed: ‘Are they  PRICELINE sunflowers?’

‘Yasss #BacheloretteAU you get that sponsorship bby OWN IT #Priceline,’ a fourth chimed in.

After getting ready, Angie enjoyed her final time with long-haired surfer hunk Timm. 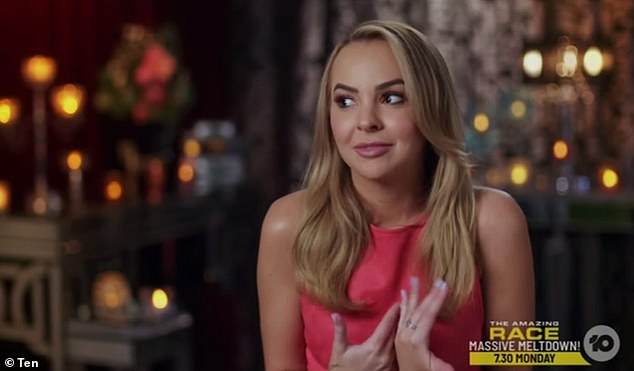 Choices to make! Angie has to choose between her three finalists on Thursday night

The duo couldn’t keep their hands off each other during the heartwarming painting date, before Timm eventually told Angie how he felt during an emotional one-on-one chat.

‘Love is a gamble. But sometimes in life you’ve got to roll the dice,’ he told the camera, after sharing a smooch with the former Gogglebox star.

She now has to decided between him, dog whisperer Ryan Anderson and hunky personal trainer Carlin Sterritt.

The Bachelorette concludes on Thursday night at 7:30pm on Channel 10. 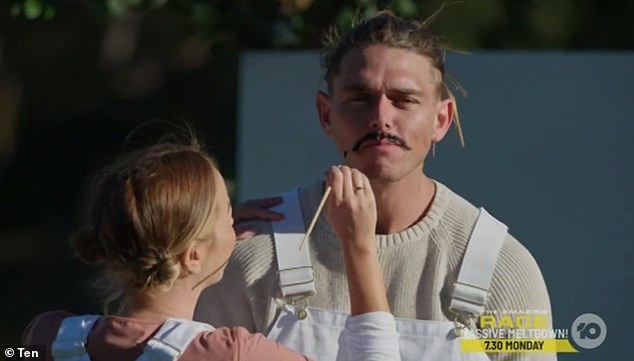 Cute date! After prepping in the bathroom, Angie joined Timm Hanly (pictured) for their final date together on Wednesday night’s episode

Can mental health services cope with the devastating effects of Covid-19?