The former Bachelor star has been laying low since his 2017 car accident.

But with the holidays in full swing, Chris Soules had a reason to celebrate when he made his appearance at 102.7 KIIS FM’s Jingle Ball.

This marks the 38-year-old former Bachelor contestant’s first appearance since the 2017 accident that left one man dead. 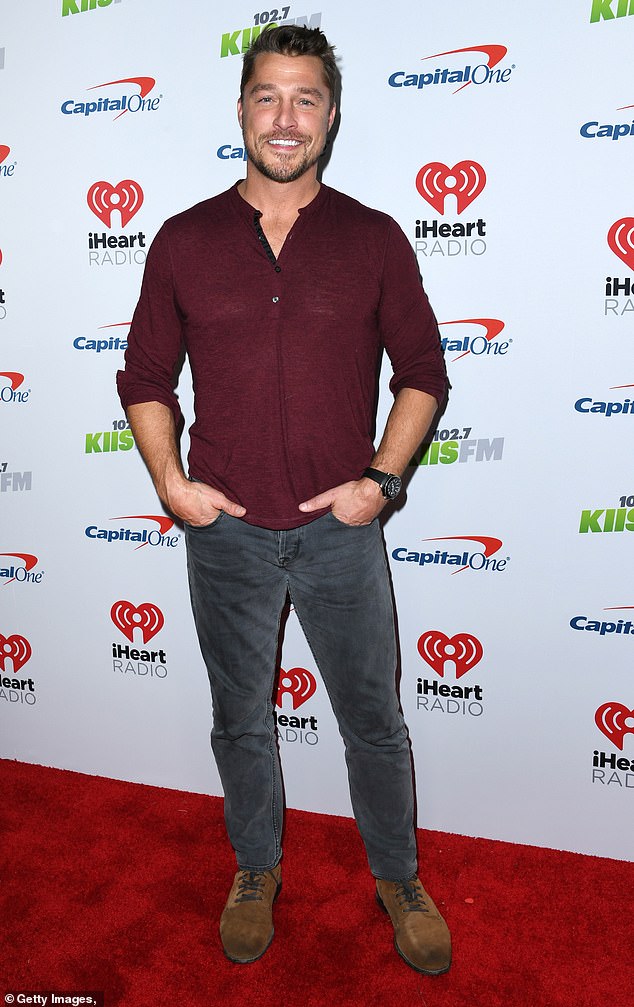 Stepping out: Chris Soules stepped out with a big smile on his face for the first time since his 2017 accident that left one man dead. The former Bachelor star made his appearance at Jingle Ball in Los Angeles

The star kept it casual in a simple maroon t-shirt and light-wash black jeans as he walked the carpet for the event.

While speaking with ET, he revealed he is not ‘really returning to the spotlight,’ but stepped out to have a good night with his friends.

‘I’m here for a really great concert,’ he continued. ‘I’m here in L.A. and kind of just living the dream a little bit.’ 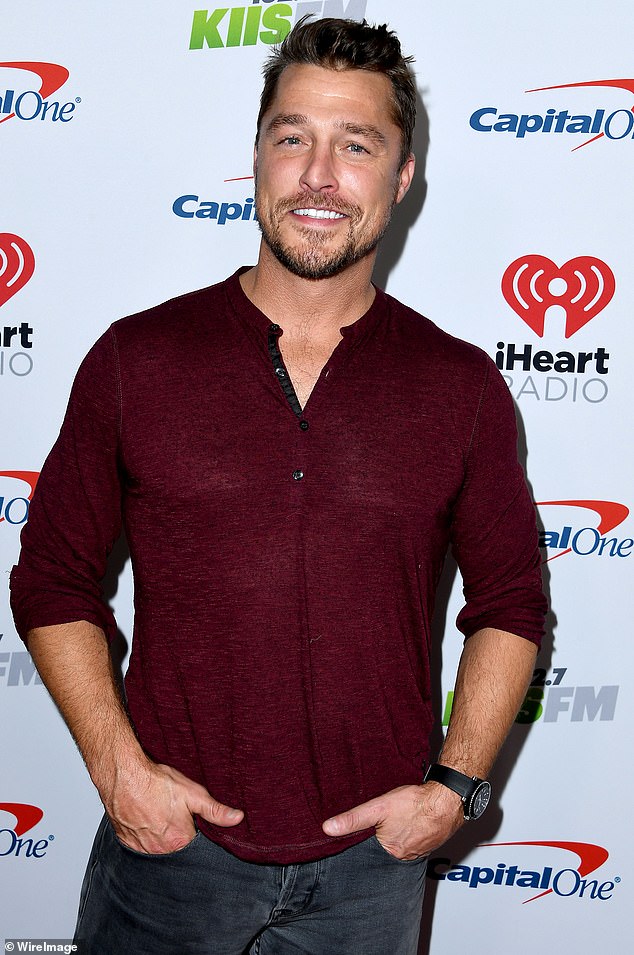 Casual: The star kept it casual in a simple maroon t-shirt and light-wash black jeans as he walked the carpet for the event

‘It has been tough but it makes you appreciate the people around you, family, friends — and how hard things can get, you just have to press on,’ he revealed about getting back to his normal routine.

He also admitted he’s ready to jump back into the dating pool saying: ‘I’m finally at a point in my life where I’m ready to date again.’

With that in mind, he went on to say that he believes 2020 is ‘going to be my best year ever.’ 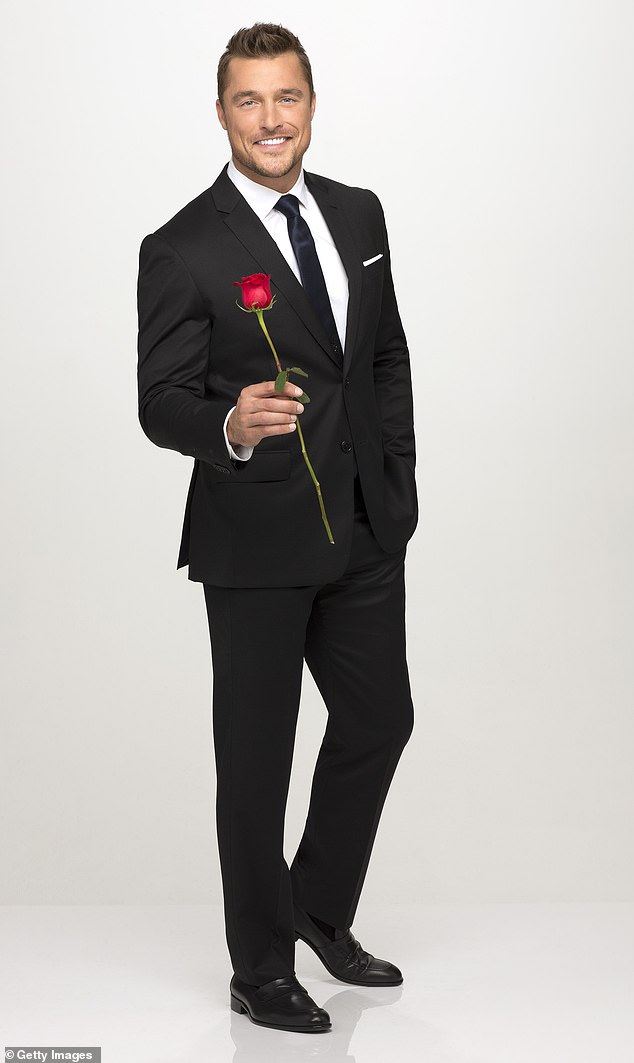 Former bachelor: Chris is a farmer from Iowa who sought out true love back in 2015 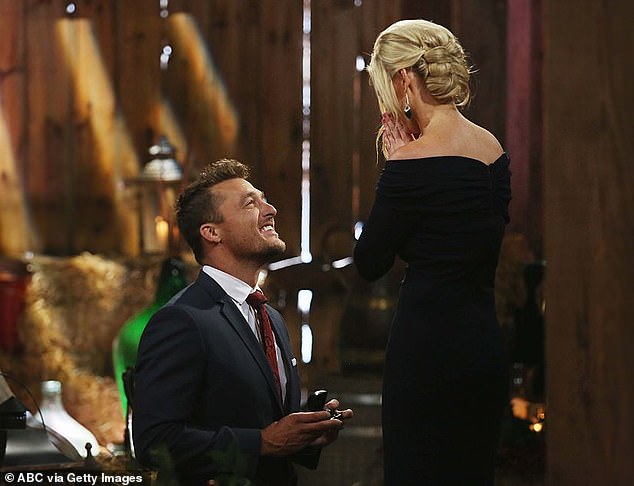 Final rose: During his run as The Bachelor, he got down on one knee and proposed to Whitney Bischoff, a fertility nurse from Chicago

He has been flying under the radar since his arrest after police say he fled the scene of a car crash.

Iowa State Patrol claims that he was driving his Chevy pickup truck when he rear-ended a John Deere tractor trailer.

The man driving the vehicle was Kenneth Mosher, 66, was transported to a nearby hospital by ambulance where he passed away from his injuries. 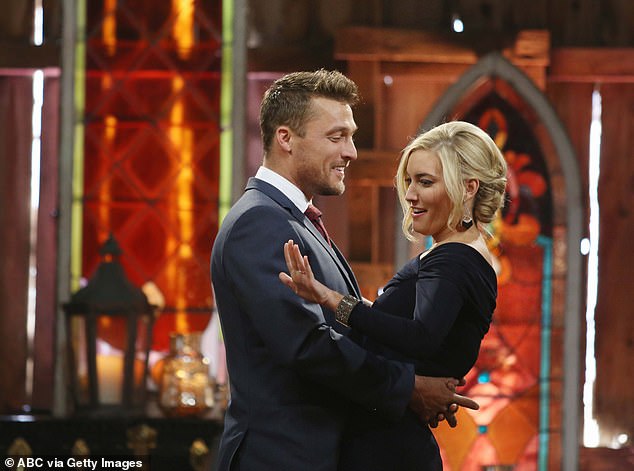 Didn’t work out: The two had a six month engagement before announcing their split

The reality star was charged with leaving the scene of a fatal accident and received two years probation.

“It’s always been an awkward situation for all of us, but I’ve had nothing but support from family and friends,” he said during an interview with the outlet. “…I’ve had so much support throughout everything. Thank everyone.”

During his run as The Bachelor, he got down on one knee and proposed to Whitney Bischoff, a fertility nurse from Chicago.

The two had a six month engagement before announcing their split. 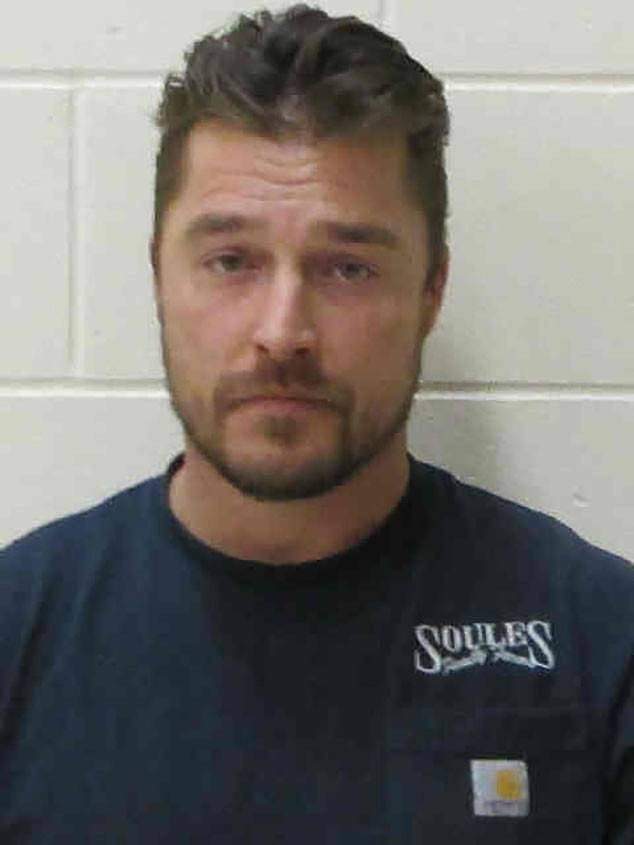