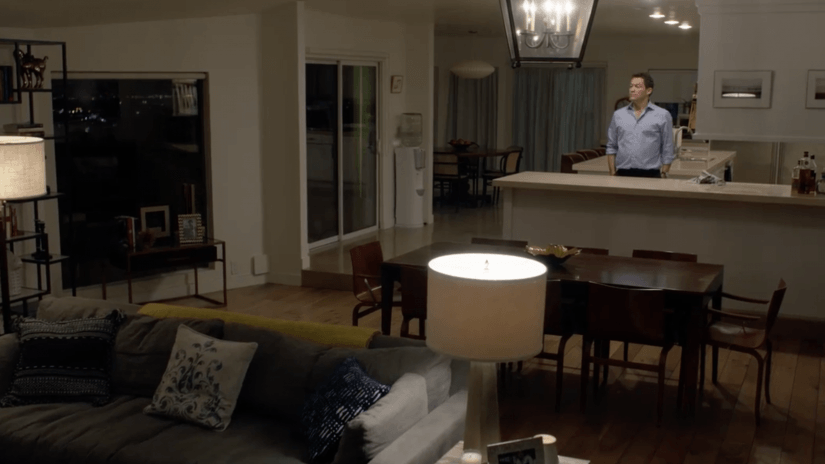 The Affair is a show that, at its core, I truly love. I love its concept. I love its cast. And I love how a simple micro-gesture can change the context of an entire story. As The Affair has gone on, it’s perpetually lost focus and fallen more in love with extraneous mysteries, continually propping Noah up as an unwarranted hero, and knocking Alison down to the point that she’s eventually murdered (although I do think the entirely of Alison’s story is beautifully tragic and circular). In a perfect world, this show would have run a tight three seasons, but on a network that has a tendency to run its shows long past its expiration date, The Affair has thankfully been allowed to end on its own terms and not overstay its welcome.

The Affair season five has not only been heavily advertised as the final one, but it’s also received a major facelift for its goodbye year. With Alison out of the picture, Cole is now also totally gone and the focus lies squarely on Noah and Helen. However, the “flash forward” this time around is decades into the future and a whole second narrative plays out with a grown up Joanie Lockhart (Anna Paquin), who’s on the hunt for answers about what really happened to her mother. It’s a final season that helpfully strips the show of a lot of its baggage and its worst tendencies. So far, thankfully, this looks like a positive shift that may properly end this series on the right note that’s worthy of its early magic.

Considering that this is the end, now more than ever before, the show is interested in the decisions that its characters make and if they’re truly committed to changing their futures and bettering themselves. Last season articulated how quickly life can be taken away from someone, but this season, due to the luxury of its flash-forward to far in the future, there’s actually evidence of whether Noah and Helen (and Joanie) can get back on the right path and find a happy ending. Not only will there be no future seasons for these characters to redeem themselves, but we’re seeing the ends of their stories.

The season five opener is a lethargic introduction, but much of this premiere sees characters on the hunt for authenticity. Noah begins to spend time with Sasha Mann (Claes Bang), the star of the upcoming film adaptation of his novel, Descent, and it turns into a rather humbling experience. Noah is forced to reopen old wounds and get into his storied history with Helen in order to help Sasha better understand Noah’s work and his character in his film.

This episode looks at the kind of power and community that you can feel when you see your life in someone else’s work. This feels especially significant since so much of the earlier seasons of the show have involved writing other people’s narratives and how it’s easy to turn people into characters in your own story.

Noah has to struggle with how he’s handed something creative over to someone else and how this can be just as personal and grueling as watching an ex-lover be with someone new. This all gets especially touchy when Sasha suggests edits and gets into the territory of rewriting Noah’s life. This is material that was explored to some extent when Noah was writing Descent in the first place, but what makes it more interesting this time is that the changes are now out of his control.

With it now considerably more important to see Noah not fall back on old habits and sabotage his life, it’s a little worrisome when he appears to be receptive to the flirtations of random strangers. This feels like such basic Noah behaviour, but with it being the show’s final season there’s a level of self-awareness and subversion to these teases (although Noah is excused once again when he’s told that having an affair is “reasonable” human behaviour). Thankfully Noah doesn’t succumb to regressive actions and it’s even more encouraging to see that he’s still in a relationship with Sanaa Lathan’s Janelle and that things are amicable on that front.

In spite of any relationship bliss that Noah may feel, when it comes to that topic of authenticity, it’s hard to not notice how he pines for the family he lost and that he wishes that he served a greater role in their lives. Helen is happy to have Noah around as an anchor of support during difficult times, but his children look like they’ve all pretty much given up and gotten over him.

Whitney has maybe found a comfortable rhythm with her father, but then it turns out that she hasn’t even informed him that she’s engaged. Noah’s pointless, pained presence at Vik’s funeral as he’s around a huge group of people who have learned to live without him is really the perfect distillation of what he’s done to his life. This is his punishment for all of this.

In a moment of severe grief, Helen even curses the universe over the fact that cancer took Vik out and not someone selfish like Noah instead. Noah has been given every luxury in life and a countless amount of second chances. It’s time to finally see if he can do something with them.

READ  Who is Ms. Marvel? Explaining the next MCU star

Noah’s caught in a place of flux that has him professionally and personally frustrated, but he’s still technically making progress in his life, even if he feels useless on some levels. Helen, however, currently doesn’t have much positivity in her life. Alison may be the one who died last season, but in a lot of ways Helen had an even worse year. She truly went through a gauntlet of seismic events and poor decisions where she lost sight of who she was. The start of The Affair season five continues to see Helen lost in a dark place and shows that life hasn’t become any easier for her.

Helen’s got a lot on her plate right now, but in this premiere alone she loses Vik, gets belittled at his funeral, faces an even more insufferable version of Priya, and is ignored and talked down to regarding her advice over Sierra’s pregnancy. Plus, it looks like the seeds are already in place for her father, Bruce, to suffer some massive brain illness by the season’s midway point.

If all of this wasn’t brutal enough, the episode ostensibly makes Helen mourn for Vik twice when her half of the story turns back the clock and explicitly shows his final moments. Helen’s depression and outbursts aren’t too revelatory in terms of depictions of grief, but Maura Tierney really kills it with her performance.

This “emotional torture porn” is a lot and at times it feels unnecessarily too much, but it’s all for the sake of establishing Helen’s relentless “resilience” that Noah finds so admirable. Noah may struggle with authenticity throughout this episode but Helen as a character consistently asserts it, whether it’s over her wishes for Vik’s burial, her opinion on Sierra’s birthing plan, or when she dresses down Noah during the episode’s final moments. Helen has authenticity, but she’s punished for it and shot down every time she tries to be herself. Hopefully things are about to get better for Helen and this resilience and authenticity pays off because what she doesn’t need right now is Noah’s pride or support. She needs a goddamned break.

Emily Browning’s Sierra was a positive, yet shoehorned character from The Affair season four. The supporting character is back full force this season and arguably a larger part of Helen’s life than Noah is at this point. The bulk of Helen’s episode deals more with Sierra’s pregnancy than Helen or her grief over Vik.

Helen’s final words to her dying husband even get interrupted by the incessant tag team of Sierra and Noah. This may have a lot to do with the fact that Browning is wonderful and the show wanted to lock her down, but Sierra’s dominance here does help expand upon her character and retroactively give her moments from the last season more depth.

Finally, not one to break tradition from its previous seasons, The Affair’s flash forward this year is its boldest yet. A grown up Joanie Lockhart turns the same age that Alison was when she died, which prompts a lot of unresolved feelings in her. Joanie’s story is brief in this premiere and is just meant to get the ball rolling, but it should be exciting to see what Paquin does with this role.

Joanie has two kids of her own and seems to be happily married, but she’s also apparently busy a lot with her work and struggles to always have time for them. These recent feelings over her mother only exacerbate the tension in these areas and prompt what will likely be her journey for answers over the course of the season. Joanie, like everyone else, feels that she’s lacking a certain authenticity that she’s desperate to acquire.

During Joanie’s portion of the episode, in order to show that the series is now far into the future it debuts some absolutely insane fireworks/birthday favors, which is a very bold way to indicate a major time-jump. It’s not a huge deal, but it certainly stands out. All of the future tech changes feel a little ridiculous on some levels—almost intentionally so—but this narrative isn’t about living in the future, it’s about a generational cycle of pain hopefully coming to an end.

This episode marks a modest return for The Affair that slowly eases into its final season and takes its time to set the table and say goodbye to the past. There are some helpful changes to the show’s makeup and while this premiere shows some admirable focus and improvements over the past seasons, much like Noah Solloway himself, it’s still very early on and too soon to tell if The Affair has rid itself of all of its clunky indiscretions. There’s promise in this premiere and even if the story beats aren’t all perfect, the committed performances of the cast are a constant highlight and enough of a reason to tune into its concluding season.

Read Daniel’s season 4 reviews of The Affair here. Read about new British drama arriving in 2019 and beyond here.