GPs have been ordered to ask all patients with a cough or fever about their recent travel.

Contact should be limited and consultation rooms closed off — with critically ill patients to be quarantined in hospital.

Nose and throat samples must be sent to labs for tests and if a patient is confirmed to have coronavirus they will be transferred to specialist isolation units in London, Liverpool or Newcastle.

Patients calling NHS 111 will also hear a new recorded message encouraging them to report any flu-like symptoms if they have travelled to China.

Public Health England has upgraded the risk to the population from coronavirus from “very low” to “low”.

So far, the death toll has climbed to 26 with more than 800 confirmed cases.

The key symptoms to look out for include:

Most victims of the virus die from complications including pneumonia and swelling in the lungs.

It also causes swelling in the respiratory system, which can make it hard for the lungs to pass oxygen into the bloodstream – leading to organ failure and death.

Severe pneumonia can kill people by causing them to “drown” in the fluid flooding their lungs.

So far, the coronavirus death toll has climbed to 26 with more than 800 confirmed cases.

Currently there is no vaccine to protect people against the virus, but researchers are looking to develop one.

However, they say it could be at least a year before it’s made available.

It’s understood to have first spread to humans from an animal – thought to be a snake – at the South China Seafood Wholesale Market.

The virus is transmitted between people in droplets from coughing and sneezing and touching or shaking hands.

Nine people in the UK are awaiting test results for coronavirus, as the medical director of Public Health England (PHE) said it was “highly likely” cases would be seen in Britain.

Professor Paul Cosford, former medical director at PHE, said it is still “early days” in the course of the virus, but stressed that most of those affected abroad are making a good recovery.

But he said it was “highly likely” that cases would be seen in the UK.

However, he advised anyone who has travelled to Wuhan – where the outbreak originated – in the last two weeks and returned to the UK, and who has symptoms, to get in touch with the NHS.

Speaking on BBC Breakfast, Professor Cosford said: “We will not be surprised if people return from China to the UK with the infection, the important thing is that if you are one of those people and you develop symptoms you get in touch quickly.

“We are testing anybody who meets the criteria.

“The numbers aren’t the important thing, the important thing is that anybody who has been to Wuhan in the last 14 days and has symptoms, respiratory symptoms that could represent this virus… that we ask them to phone NHS 111 and then we can arrange any appropriate testing.”

He said there was no precise figure for how many people have been in contact with the NHS who may have symptoms.

“All our GPs and hospitals across the country have had a letter from the chief medical officer and the medical director at NHS England and us at Public Health England, so that if somebody does present and they are worried, if they do meet our criteria, that they will be put somewhere where they won’t infect other people while they’re assessed and while we can get them tested.”

Asked if face masks could provide protection, Professor Cosford said PHE was not advising people to use face masks at the moment, but is monitoring developments carefully.

He said: “These are early days with this virus, the vast majority of people who are infected do seem to be getting better.

“The people who have sadly died do seem to have other conditions that might make them more likely to suffer badly with this virus.”

In a statement to the Commons on Thursday, Health Secretary Matt Hancock said while “there is an increased likelihood that cases may arise in this country, we are well prepared and well equipped to deal with them”.

The Scottish Government confirmed that five people were being tested after presenting with symptoms of the illness, while it was understood that another patient was tested at Belfast’s Royal Victoria Hospital.

Two of those being tested in Scotland had been diagnosed with flu after travelling to Wuhan in China – the origin of the global outbreak.

Coronavirus test – how is it diagnosed and is there a vaccine?

Where is Wuhan and did coronavirus start in the Chinese city?

14 tested for coronavirus with desperate hunt for 2,000 Chinese arrivals

Coronavirus outbreak could be ’10 TIMES worse than SARS’, expert warns

The Foreign and Commonwealth Office has updated its travel advice for those heading to China, urging caution.

It warned: “In light of the latest medical information, we are now advising against all but essential travel to Wuhan.

“British nationals travelling to China should remain vigilant and check our travel advice on gov.uk.”

US scientists have completed a coronavirus vaccine

High blood pressure symptoms: Don’t wipe away this sign of the deadly condition 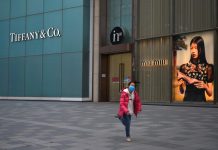 Coronavirus on G20 agenda as China reports uptick in cases 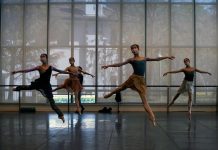 Type 2 diabetes: Three of the best foods to eat for breakfast to lower blood sugar 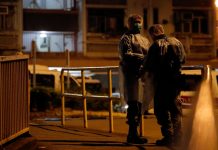 Coronavirus may be spreading so quickly due to fecal transmission, researchers suggest

Running Stories: How running helped me fight anxiety and bulimia

The poster project spreading 'happiness and kindness' to NHS staff