The cardigan x the internet. A new-style twinset with a caption-friendly compound moniker, Katie Holmes’s Khaite cashmere bra-and-cardie combination became the first cardigan to go viral when an obliging paparazzi caught the moment it slipped off her shoulder just the right amount as she lifted her arm to hail a taxi. The look was such a hit that the bradigan (and an excellent late-summer suntan) rebooted the Katie Holmes brand almost as effectively as, say, landing a whopping contract with Marvel, or having a secret love affair with Justin Trudeau*. The cardigan, but make it fashion. (*Let the record state that this particular rumour is obviously ludicrous, although, when you think about it, Trudeau does look a bit like Cruise so you can see how it started.) Jess Cartner-Morley

Unlike the jumper dress – a look often derided for making the wearer look as if they have “forgotten” their skirt – the cardigan as a dress has the advantage of buttons, and thus the opportunity for the purposeful abandonment of not only skirts and trousers, but tops, too. Rihanna wore this ankle-grazing cardie to Chanel’s autumn/winter haute couture show in 2013, where what she lacked in underwear she made up for in pearls. The cardigan dress is a look the singer has returned to on numerous occasions – including earlier this year when she wore an oversized camo cardigan by Miu Miu following her first Savage x Fenty lingerie show in New York. Never have the words “granny” and “cardigan” felt further apart. Leah Harper

“What is this, Halloween?” ask the T-Birds when Grease’s Danny Zuko swaps his black leather jacket for a white and red Rydell High-branded cardie towards the end of this vintage romcom. John Travolta’s slicked back hair and black jeans remain; rarely has a cardigan signified such a stark personality shift. Of course, this is not any old cardie: it’s sporty, it’s preppy, it belongs, really, in the wardrobe of annoyingly clean-cut love-rival Tom Chisum. And it is only worn for a little over a minute – being quickly shrugged off after Sandy rocks up with a perm and a cigarette – but it is a look that has been emulated – albeit, often with a sense of irony – ever since. Grease may be the word, but “varsity cardie” is undoubtedly the look. LH

Ah, the Dude. A hero to those of us who hate phones, abhor schedules and whose immediate response to authority is to roll our eyes into the back of our heads. Post-slacker and Kevin Smith and pre-Judd Apatow stoner (hi, Seth Rogan, Jonah Hill), The Dude became the ultimate cinematic antihero. And this cardigan, a bulky, Cowichan knit was his superhero outfit. On another body, this is less of a cardigan and more of a bro-digan – the sort of thing worn by a character in a 50s musical who is about to chop down some trees and quickly build a cabin in the woods. But in the Dude’s hands it signalled a life lived off the beaten track, off the clock and following the beat of your own drum. To paraphrase the great man, that cardigan really ties the room together. Priya Elan

Cher and Dionne’s tartan skirt suits are sartorial scene stealers in this coming of age comedy, but beneath their blazer jackets sit the co-ordinated cardigans that cement this look’s place in fashion history. But Cher (played by Alicia Silverstone) was also a sucker for a feather trim and her fluff-cuffed cardie has inspired many a 90s look in the years since – just take a look at Ukrainian brand Sleeper’s signature party pyjamas. It might not be Cher’s “most capable looking outfit”, but she certainly deserves snaps for her “courageous fashion efforts”. LH

We’ve all been there: you look back at clothes your mum put you in and shake your head in disbelief, whether this was the strangely ornate knitted onesie that looked as if it was made for a 14th-century baby king or the PJ’s that went matchy-matchy with a sibling (despite the fact she was eight years older than you). So it’s surprising that Kate, Duchess of Cambridge was so on point with this sartorial choice for Prince George: a (yes) royal blue knit with five pearl-coloured buttons that gave George the look of a mischievous cartoon elf about to create havoc in a magical kingdom. It’s so good that we, as fully grown, non-infant humans, might consider replicating the look IRL. PE

Lit by swathes of violet light and featuring long black Roman candles and huge white lilies, the visuals of Nirvana’s MTV Unplugged (released seven months after Kurt Cobain’s suicide) had the deep portent of Anton Corbijn’s Joy Division photographs. Instead of playing as the opener of Nirvana’s third act, the Unplugged show now played like a funeral waltz; a chilling premonitory evocation of what was to happen. In the accompanying video, the closeups of Kurt’s face were haunting: framed by his dirty, wheat-coloured hair and piercing blue eyes, frame after frame now suggested a broken man who had ascended to the position of sad angel. Central to this aesthetic was Kurt’s cardigan. Made of smooth, dreamy mohair, his unwashed, cigarette-burned, olive-green cardie became the Turin shroud of indie rock, as he ascended to the patron saint of musical sorrow. PE

Coco Chanel is often credited with popularising cardigans for women – but it was born out of her penchant for masculine clothing (at the time, cardigans were mostly “heavy, long, and marketed to macho automobile drivers”) and, apparently, her dislike of the way men’s pullovers would mess up her hair when pulling them over her head. Pictured with her friend Vera Bate Lombardi in Scotland, Chanel is wearing her cardigan with a cravat, hat and tweed jacket. She also designed her own tweed cardigan jackets using light boucle wools in pastel colours which – in an early blurring of the line between men’s and women’s fashions – gave the garment greater appeal with women. Chanel’s cardigans were also predominantly designed to be worn indoors – revolutionary! LH

I think we can agree that Marilyn Monroe knew how to do sexy. And long before Succession’s Logan Roy made the shawl-collar cardigan a thing, Monroe showed the world a chunky, cosy knit could pack a punch. George Barris’s photographs of her in a chunky graphic cardigan belted with a silk-robe looseness, platinum hair sideswept in the sea breeze, are a bluechip style reference. The cardigan fetched $167,500 when it was sold by Monroe’s estate at auction. Gigi Hadid with movie-star waves and winged eyeliner, opening Maxmara’s autumn 2015 catwalk show in a sensuous camel cashmere coat, was one of many homages. Just add jeans for your Boxing Day walk look. JCM

As a symbol of Michelle Obama’s mastery of soft-power semiotics, this cardie is pretty apposite. Worn for her first visit to London to meet Sarah Brown (wife of the then prime minister, Gordon Brown), it is sparkly and upbeat, a souped-up version of the sort of garment women everywhere use to counteract the sexist chill of office air-conditioning. As Flotus, whether in the pages of Vogue or on inauguration day, Obama’s dedication to buttoned-up knits was unparalleled. She even wore one to meet the Queen, a choice Oscar de la Renta slammed, saying: “You don’t go to Buckingham Palace in a sweater.” Well, she did and it was great. Not to get too nostalgic, but there is something lovely about the fact that Obama’s go-to cover-up was something so understated and soft-edged – professional but in a cosy, approachable way. Clearly, there is a gulf between this and the highly tailored, armour-like suits favoured by the current establishment. Hannah Marriott 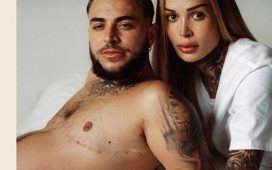 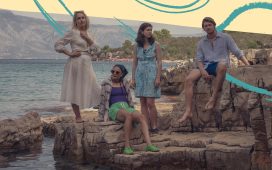 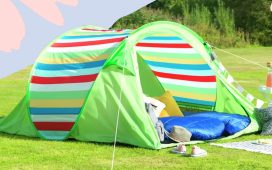 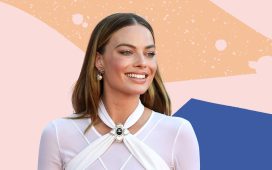 Pirates Of The Caribbean 6 with Margot Robbie is officially in the works, and people are asking if Johnny Depp will return 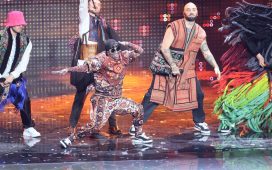 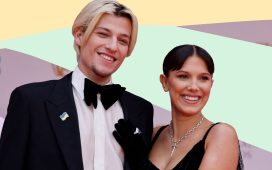 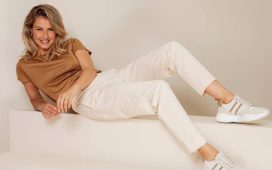