Thandiwe Newton appears to be having quite the bank holiday, with the star leaving fans puzzled with her bizarre Instagram posts about Worzel Gummidge and pears.

Each to their own, girl!

The actress dropped by Instagram to share a series of snaps of herself posing with a pear. Yep, a pear.

Even matching her nails to fruit, the star winked and smiled in the snaps, writing in the caption: ‘Pears, man. *Swoon* You feel me? 🤤 Slow Food. Seasonal Picking. Harmony. Ubuntu 🙏🏽’.

We feel her – and so did some of her celeb pals, with Michelle Visage commenting: ‘I LOVE PEARS! ESPECIALLY Comice’.

Thandiwe, 49, continued her Instagram antics by sharing a random snap of Worzel Gummidge, the character from the books by Barbara Euphan Todd, and played by Jon Pertwee, backing him for the job of Prime Minister.

Pears and Worzel Gummidge aside, Thandiwe’s had quite a tough few months after reportedly splitting from her husband and leaving Magic Mike 3.

Thandiwe also quit her role in the upcoming sequel Magic Mike’s Last Dance due to ‘family matters, and was replaced by Salma Hayek.

She was forced to deny that her departure was down to a fiery row with the film’s lead star, Channing Tatum.

However, there’s clearly no bad blood between her and Salma, with the actress sending love to her replacement, and praising her performance in 2017 film Beatriz at Dinner.

Taking to Instagram Stories, Thandiwe shared a photo of the acclaimed film’s poster and wrote: ‘For me, no finer performance, no finer film, about the real questions we need to be asking.’ 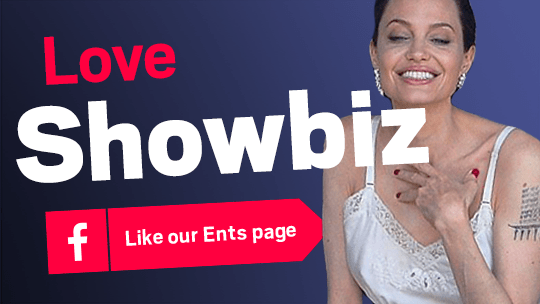