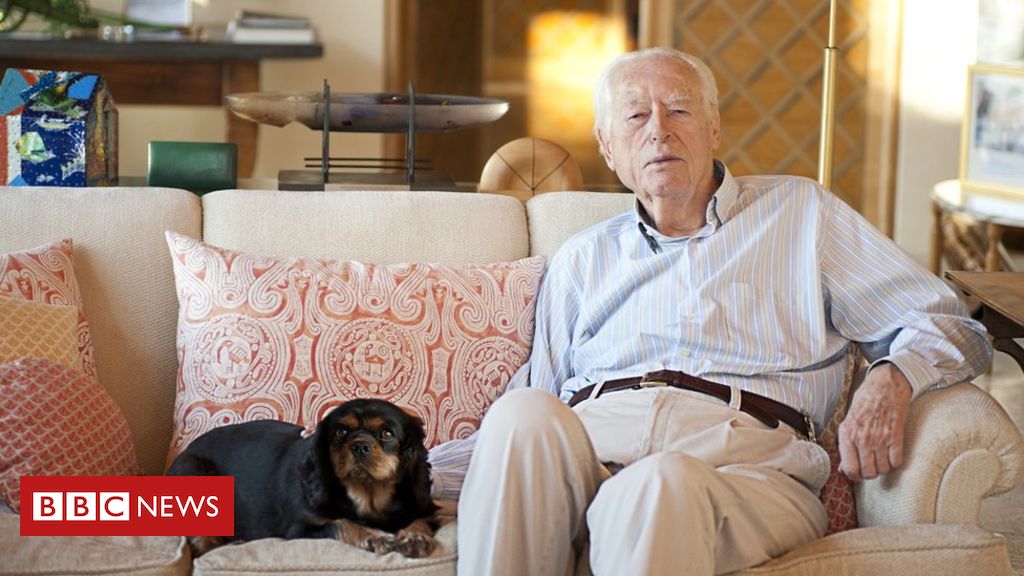 Son of its founder, Ruben Rausing, he ran the firm from 1950 until 1995 – when he sold his share in the family business to his brother.

Rausing was known for his philanthropy and support for conservation.

His family’s fortune, estimated by Forbes at $12bn (£9.8bn), makes them one of the richest living in the UK.

In recent years, Rausing’s family were hit by scandal, after his son was given a suspended prison sentence for failing to report the death of his wife.

The company is widely praised for revolutionising the global food packing trade.

The original design for its innovative cardboard packaging was a tetrahedron, giving the firm its name, but the company’s fortunes only really took off in the late 1960s under the leadership of Hans and his brother Gad.

The invention of the now more common cube-shaped cartons and aseptic technology to preserve the contents helped Tetra Pak replace heavier, breakable glass bottles in a growing number of markets.

In the 1980s the Rausing brothers moved to the UK in order to avoid the higher rate of tax in their home country and Hans Rausing shot to the top of the UK’s rich list.

After he left the family firm in 1995, Mr Rausing, who lived in Wadhurst, East Sussex, devoted part of his time to philanthropy. More than £1bn was given to causes including innovation and research in medicine, human rights, culture and the environment, his family said.

In 2006 he was made an honorary Knight Commander of the Order of the British Empire (KBE) for his philanthropic activities.

His three children said in a joint statement: “Our father was an extraordinary man, achieving so many things in his long and distinguished career as entrepreneur and industrialist, and then as a philanthropist supporting multiple charities and foundations.

“We are very proud of that, but most of all we will cherish our fond memories of him as a loving father and devoted family man.”

His son, Hans Kristian Rausing, was sentenced in 2012 for delaying the lawful and decent burial of his wife.

The charge came after police discovered the decomposing body of Eva Rausing, 48, at the couple’s home in Belgravia, central London.

Police found the mother-of-four, who had been dead for two months, under a pile of clothing and bin bags during a police search following Hans Kristian Rausing’s arrest for driving under the influence.

The couple had fought a public battle against drug addiction after meeting in a rehabilitation centre in the 1980s.

READ  HSBC and Santander ordered to refund overdraft fees to more than 100,000 customers
Share on FacebookShare on TwitterShare on PinterestShare on Reddit
newsgrooveAugust 30, 2019