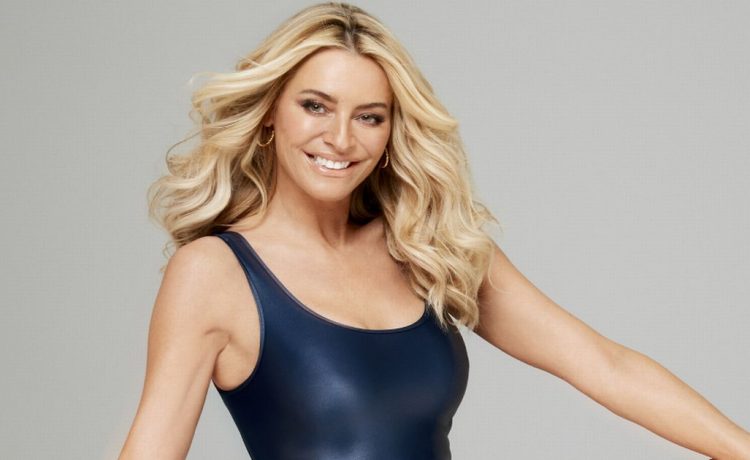 Tess Daly has spoken about her confidence as she embraces her fifties and that she does not “fixate on age as a limitation”.

The 51-year-old Strictly Come Dancing presenter said she does not feel “any different” now in her fifties compared to when she was in her thirties.

Speaking to Women’s Health magazine, Tess revealed how she controls her mindset, as she grows in self belief, while posing in a shiny leotard which showcased her stunning figure.

She said: “Confidence comes from cutting yourself some slack. I’m in my fifties now.

“That’s still a shock when I say it out loud, because I don’t feel any different to when I was in my thirties.”

Tess continued by opening up about her mindset at the moment.

She added: “But I don’t fixate on age as a limitation, because it’s never held me back… confidence, to me, is just pushing yourself a little bit further than you think you can go, and you’ll always surprise yourself.”

Tess, who features as the cover star on the April edition of the magazine, also spoke about Strictly, saying she “loved it more than ever”.

She said: “I loved it (Strictly) more than ever. Of course, it was frustrating that you couldn’t hug people.

“If someone’s in tears or they’re leaving the show, it’s hard not being able to physically reach out.

“But Strictly is such a celebratory, feel-good show, full of warmth and sparkle and joy, I felt lucky to be a part of something that people were appreciating on a whole other level because they were stuck at home.”

Comedian Bill Bailey was crowned the winner of the 2020 series of the popular BBC One dancing show, which was filmed with tight Coronavirus restrictions in place.

TV presenter Vernon Kay, who has been husband to Tess since 2003, competed in I’m a Celebrity… Get Me Out Of Here! at the end of last year and finished third.

Speaking about his time away from home while in the ITV series, she said: “The printer, the dishwasher, the dryer (all broke) – basically everything you need when solo parenting.

“I was like, ‘Okay, Vern, I really do need you around the house’… we’re soulmates, me and Vernon. It’s been a ride. And I love him more than ever.”

*The full interview is in the April issue of Women’s Health UK, on sale from 3rd March 2021 and also available as a digital edition.