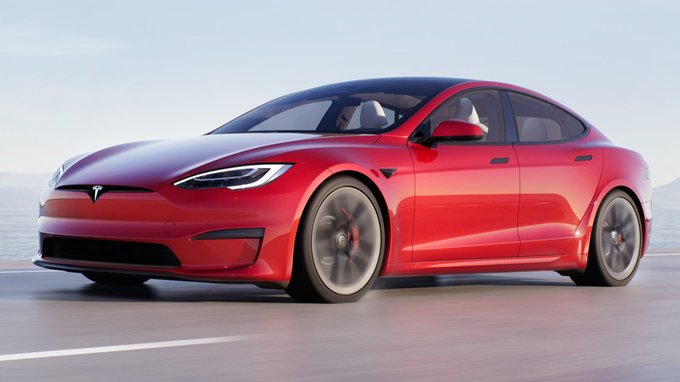 While things aren’t that different on the outside, the interiors of the two electric vehicles see the largest changes. The orientation of the touchscreen has been flipped to be horizontal instead of vertical and the screen measures in at 17 inches. The new screen offers more processing power, as well, being capable of playing videogames like Cyberpunk 2077 and the Witcher 3.

The most radical change, though, is the new steering wheel. It doesn’t look like a traditional steering wheel, but like a yoke out of an airplane. In addition to the strange design of the steering wheel, the Model S and Model X don’t have any stalks. If you’re looking for the turn signals, the car’s headlights, or other things that are normally controlled via a stalk, you’ll find them in the touchscreen. The electric vehicles also lack a traditional gear shifter. According to Elon Musk, the electric vehicles guess which direction the driver wants the vehicle to go in by examining its surroundings. If this sounds like a horrible feature to you, you’ll be happy to hear that you can manually shift gears through the touchscreen. 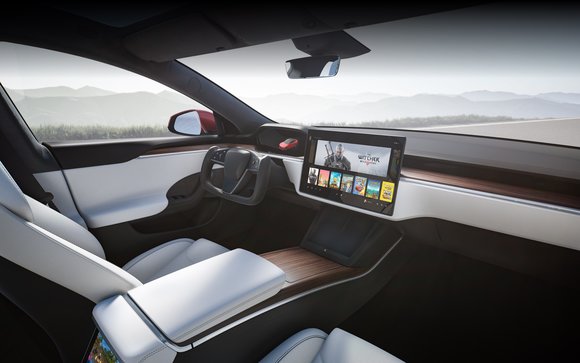 Elsewhere, the center console has been redesigned to have a more upscale design and more storage compartments, and it can support wireless charging for multiple devices. In the back, the EVs feature an 8-inch screen that offers the same infotainment features as the main touchscreen. It can even be used to play videogames with wireless controllers. The rear seats also appear to be new, with more bolstering than before and a new fold-down armrest with cupholders.

The 2021 Model S sees a huge increase in pricing over the previous electric sedan. Previously, the sedan started at $73,190 for the Long Range trim, while the Performance carried a price tag of $93,190. The Plaid trim, which came out last September, used to cost $141,190.