Tesla CEO Elon Musk has been left embarrassed after the glass on his new electric ‘Cybertruck’ was smashed just after he boasted about it being ‘shatterproof’.

During the announcement of the truck  – which looks like a armoured vehicle with angular sides – Tesla design chief Franz von Holshausen tried to prove the glass was ‘shatterproof’ by throwing a heavy metal ball at close range.

Musk was heard muttering ‘oh my f***ing God’ when the glass smashed.

It is the second embarrassing mishap for Musk in as many days, after the first full-size prototype of the SpaceX Starship rocket exploded during pressure testing on Wednesday. 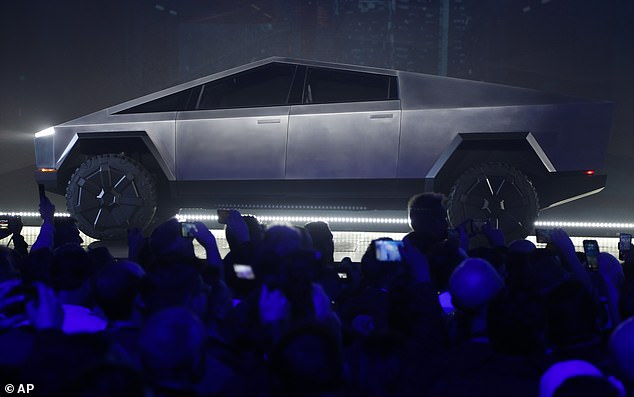 The Tesla Cybertruck is unveiled at Tesla’s design studio Thursday in Hawthorne, California. CEO Elon Musk is taking on the heavy pickup truck market with his latest electric vehicle 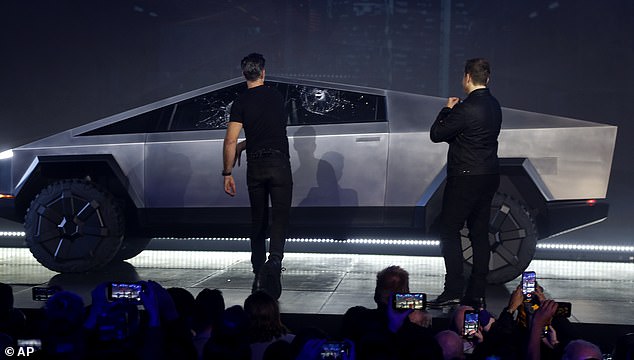 Musk appeared confused and asked Holzhausen to try another window, which also promptly smashed, but Musk pointed out it ‘didn’t go through’ the glass.

‘Ah not bad,’ the CEO added to laughs from the audience. ‘There’s room for improvement.’

‘We threw wrenches, we threw everything, we even literally threw the kitchen sink at the glass and it didn’t break,’ he said about testing the strength of the windows. ‘For some weird reason it broke now, I don’t know why. 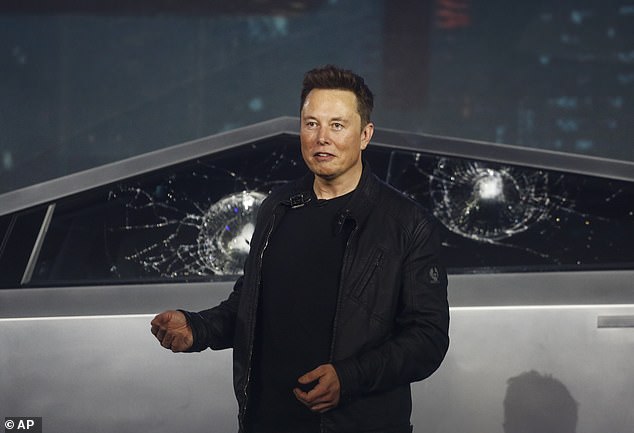 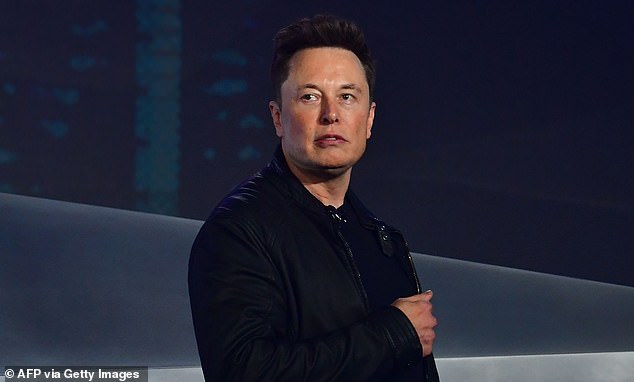 Musk forged on with the presentation, telling the audience ‘we’ll fix it in post’

The ‘Cybertruck’, which looks like an armoured vehicle with a futuristic angular body in gunmetal grey, will go into production in 2021, Musk said at the Los Angeles Auto Show on Thursday.

Musk also debuted an electric ATV at the event, though its not clear when that will go into production.

Online reaction to the botched demonstration and the truck’s peculiar design was swift and savage.

‘OMG. In the history of presentations, this has to go down as one of the worst gaffes. Elon is presenting in front of a truck with shattered windows, after a glass breaking test goes wrong,’ one Twitter user wrote.

‘It’s like redneck RoboCop designed a truck,’ another wrote.

Many compared the truck’s angular design to a doorstop, the short-lived Pontiac Aztek, and primitive 3-D video game graphics. 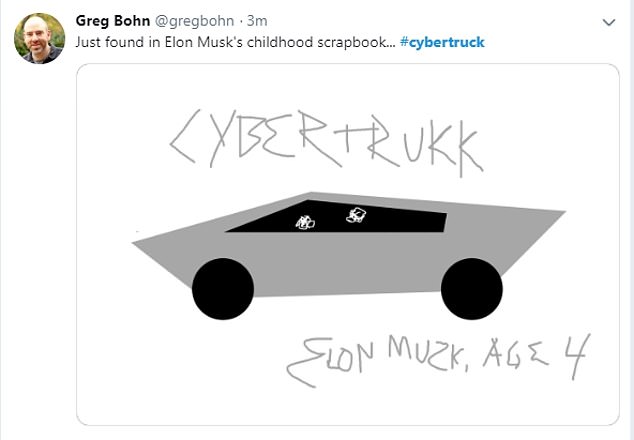 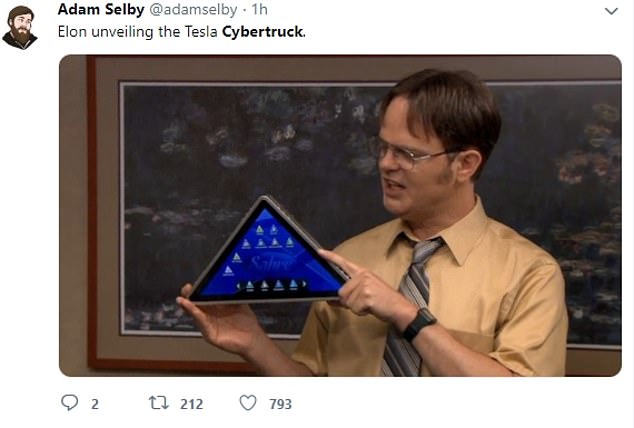 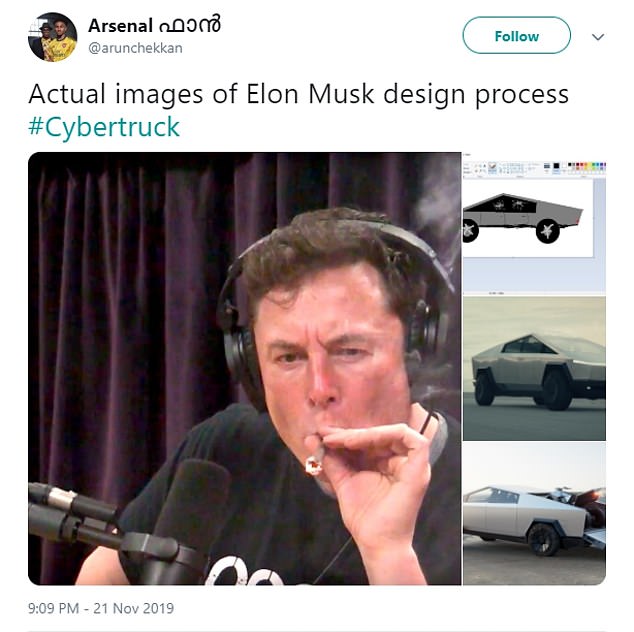 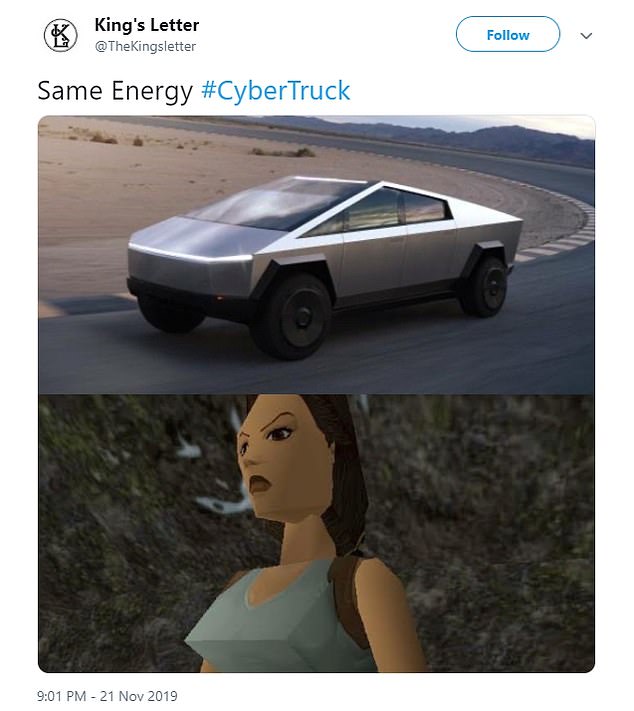 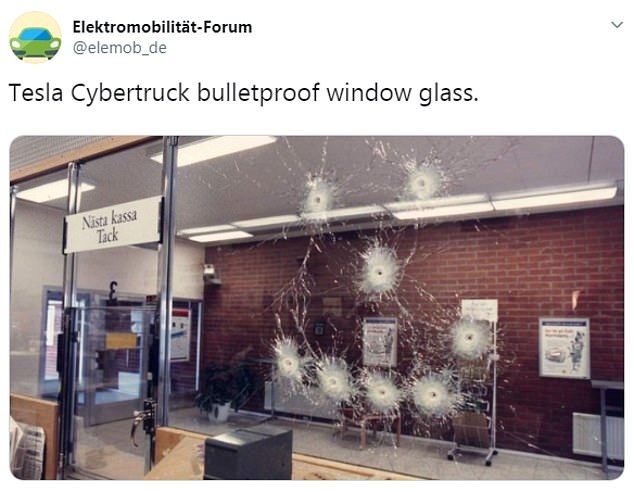 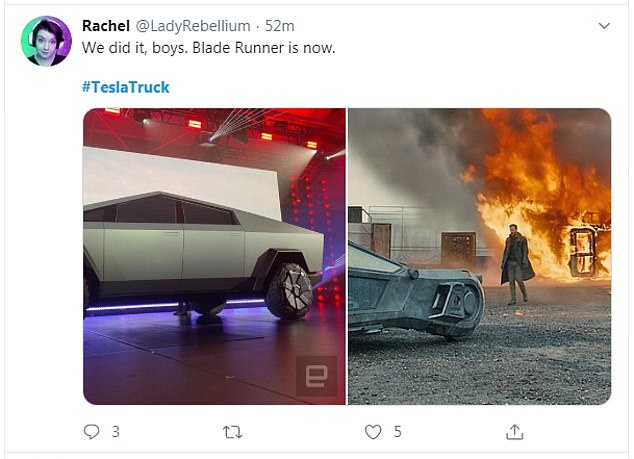 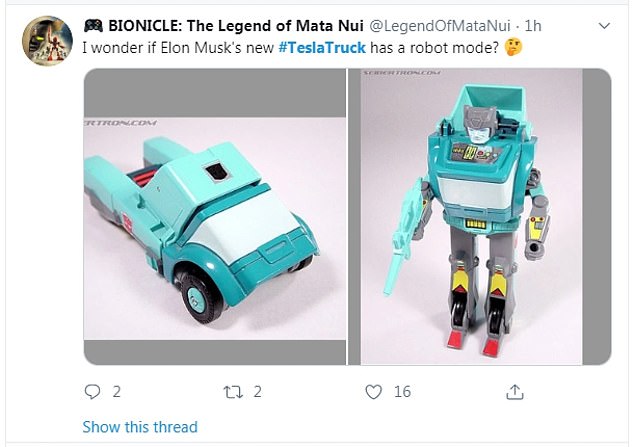 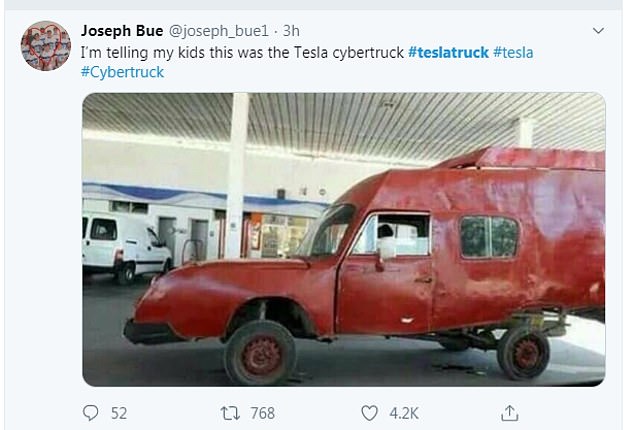 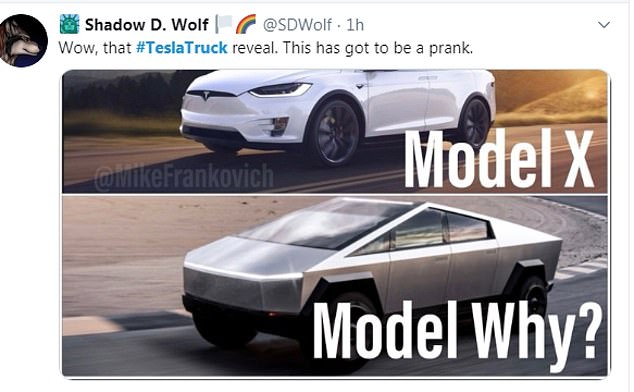 There are three versions available:

With the launch, Tesla is edging into the most profitable corner of the U.S. auto market, where buyers tend to have fierce brand loyalty.

Many pickup truck buyers stick with the same brand for life, choosing a truck based on what their mom or dad drove or what they decided was the toughest model, said Erik Gordon, a professor at the University of Michigan Ross School of Business.

‘They´re very much creatures of habit,’ Gordon said. Getting a loyal Ford F-150 buyer to consider switching to another brand such as a Chevy Silverado, ‘it´s like asking him to leave his family,’ he said.

Tesla’s pickup is more likely to appeal to weekend warriors who want an electric vehicle that can handle some outdoor adventure. And it could end up cutting into Tesla’s electric vehicle sedan sales instead of winning over traditional pickup truck drivers.

‘The needs-based truck buyer, the haulers, the towers at the work sites of the world, that’s going to be a much tougher sell,’ said Akshay Anand, executive analyst at Kelley Blue Book.

However, it will help Musk fill out his portfolio and offer a broader range of electric vehicles. 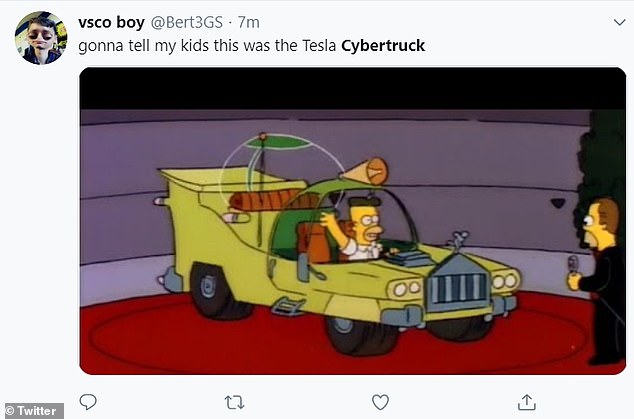 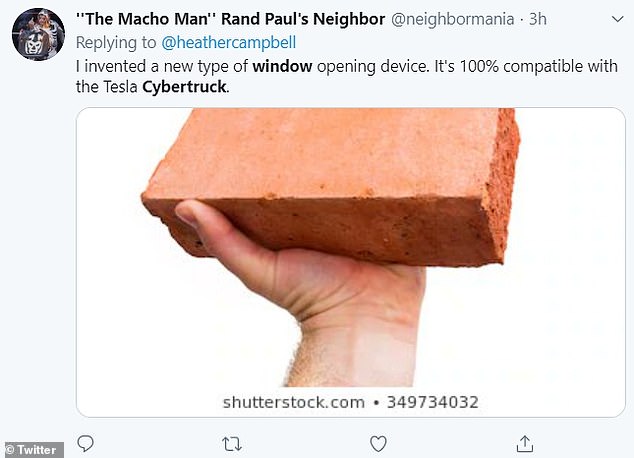 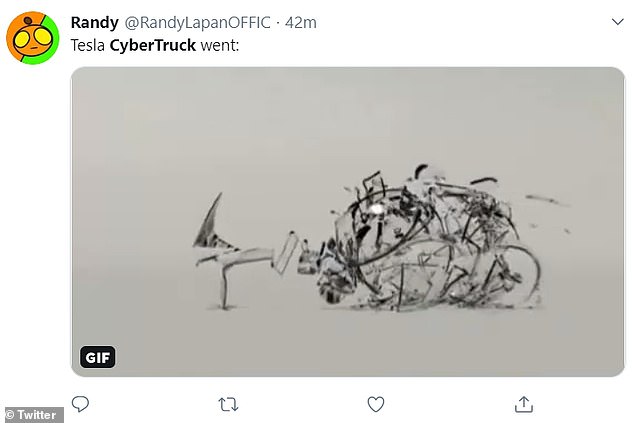 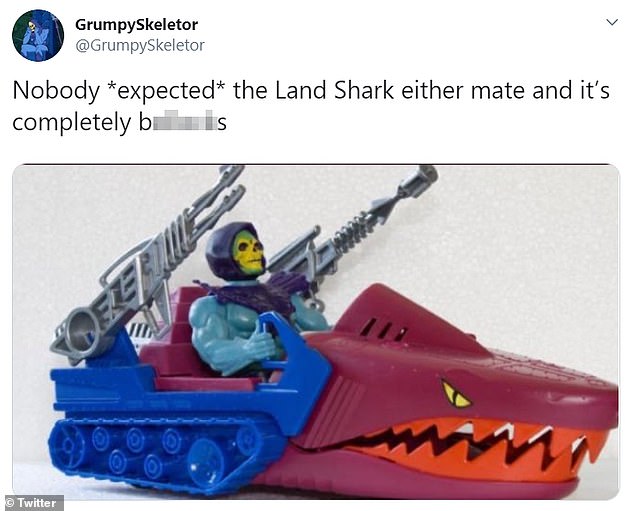 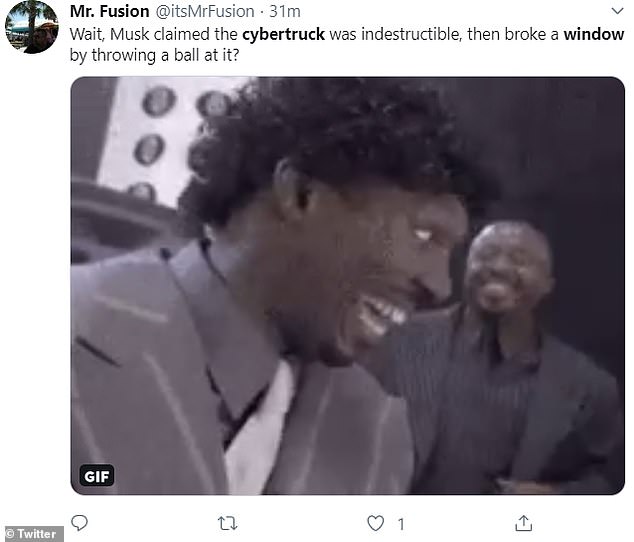 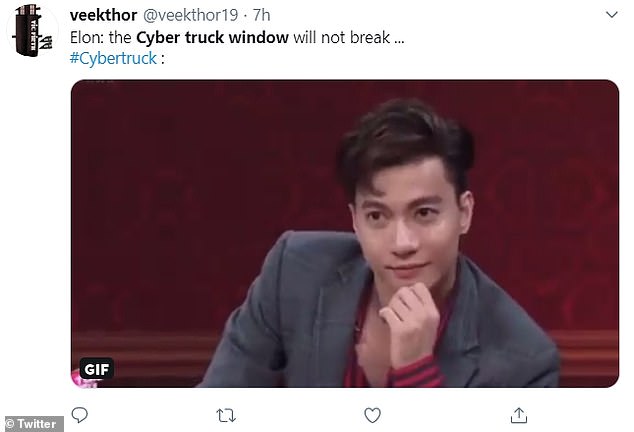 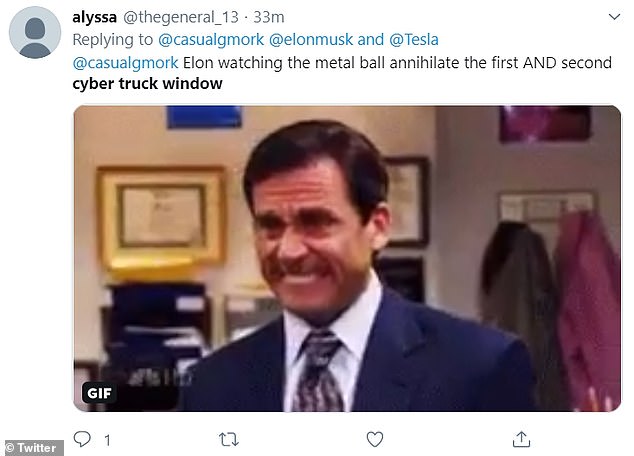 ‘Elon Musk is trying to not be one-dimensional when it comes to automotive,’ said Alyssa Altman, transportation lead at digital consultancy Publicis Sapient.

‘He doesn’t want to look like he only has a small selection. He wants to build a brand with a diverse offering and in doing that he wants to see where he could enter in the market.’

Musk stands to face competition when his truck hits the market.

Ford, which has long dominated the pickup truck landscape, plans to launch an all-electric F-150 pickup, and General Motors CEO Mary Barra said that its battery-electric pickup will come out by the autumn of 2021.

Rivian, a startup based near Detroit, plans to begin production in the second half of 2020 on an electric pickup that starts at $69,000 and has a battery range of 400-plus miles (643.7-kilometers). 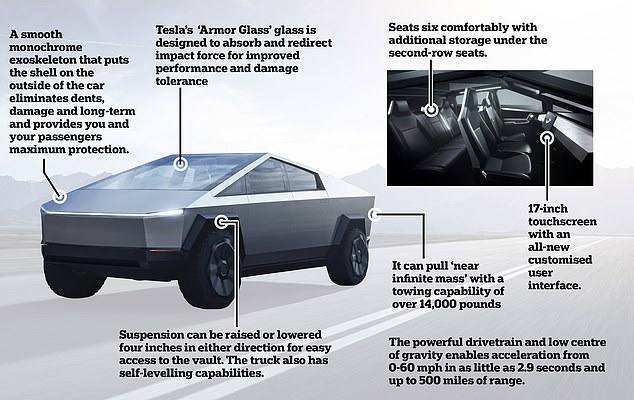 The ‘Cybertruck’, which looks like an armoured vehicle with a futuristic angular body in gunmetal grey, will go into production in 2021, Musk said at the Los Angeles Auto Show on Thursday 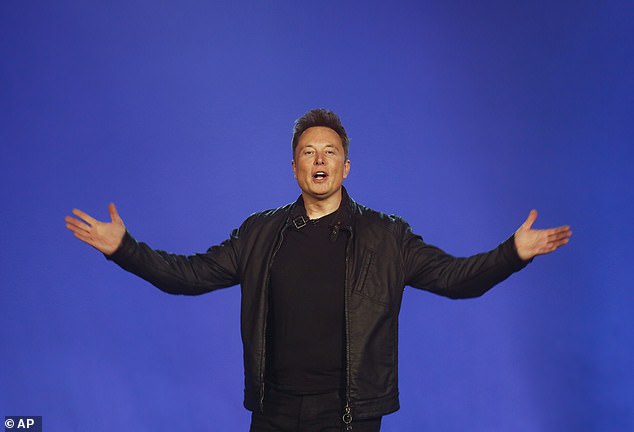 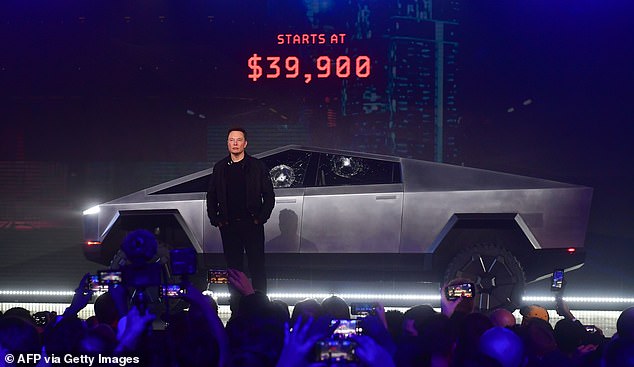 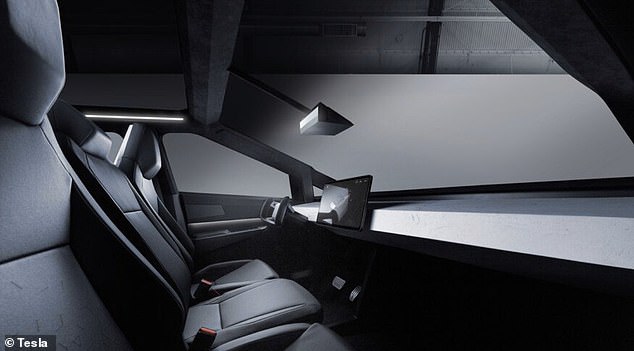 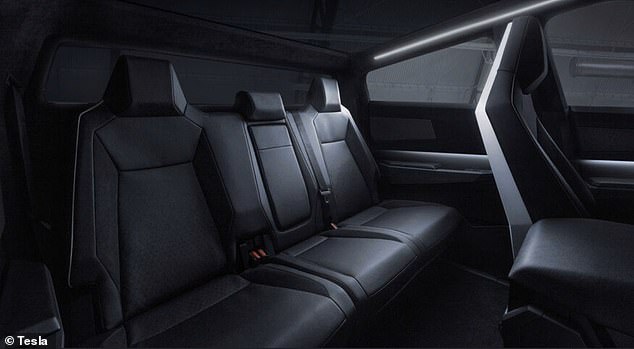 Tesla has struggled to meet delivery targets for its sedans, and some fear the new vehicle will shift the company´s attention away from the goal of more consistently meeting its targets.

‘We have yet to see Tesla really make good on some of the very tight deadlines they imposed on themselves, and this has the added challenge of having architecture that is going to be challenging because we haven’t seen an EV pickup before,’ said Jeremy Acevedo, manager of industry analysis at Edmunds.

November 2019: During a demonstration of the Cybertruck’s ‘shatterproof windows’ the glass is broken

November 2019: SpaceX’s Starship rocket prototype blew up due to a major failure during pressurisation testing

April 2019: SpaceX lost its rocket booster to rough seas on the way back to port after collecting it

August 2018: Musk tweets that he is taking Tesla private for $420-a-share. It leads to an increase in stock price which saw his individual net worth rise by $1.4billion that day

July 2018: After offering up a team of engineers to rescue a group of Thai boys who became stuck in a cave, Musk launches an astonishing attack on a local diver who tried to save them. He calls the man a ‘pedo’ in retaliation for his criticism of Tesla’s failure to get to the children and save them

Deep-sea anglerfish 'fuse' bodies with their partners when they mate

Beyonce's Black Is King: the best fashion looks – in pictures