Terry Crews’ wife, Rebecca Crews, learned that she has Stage 1 breast cancer just as the world began dealing with the global coronavirus pandemic.

In the weeks since her diagnosis, the 54-year-old singer has undergone a double mastectomy and subsequent reconstructive surgery, which she is now recovering from at their home in Pasadena, California

‘Though it was Stage 1, you’re overwhelmed with fear, like cancer is this all-consuming, all-powerful evil entity,’ Crews revealed in an interview with People. 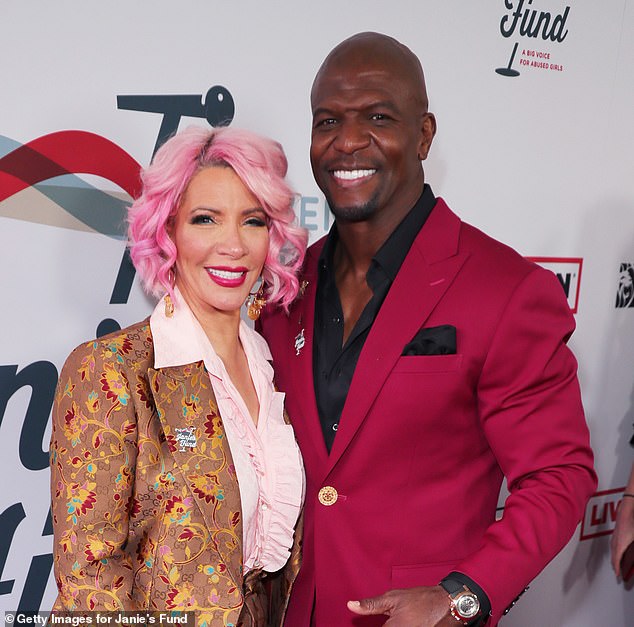 Stage 1 cancer means the tumor was limited to one area. But her health scare started about 12 years ago when the mother of five had a small, pre-cancerous lump removed from her right breast.

Then, this past year, after her mother had a cancerous lump removed, she had a mammogram and ultrasound done during her annual physicals.

A few weeks later she received the call from her doctor’s officer confirming her breast cancer diagnosis, but yet she still had an overwhelming feeling of optimism come over her.

‘After the call I had this clear vision of myself stepping through a door, and on the other side of this door, the sun was shining brightly and I was happy,’ she explained.

I Just had a sense that I was going to be okay.’ 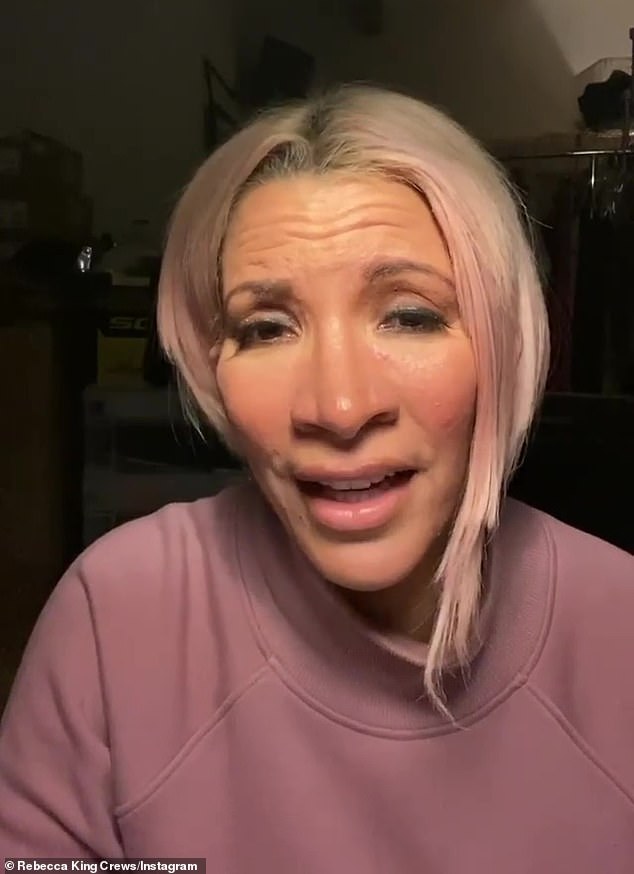 Health scares: The singer, 54, was diagnosed with breast cancer around the time the coronavirus was declared a pandemic in early March 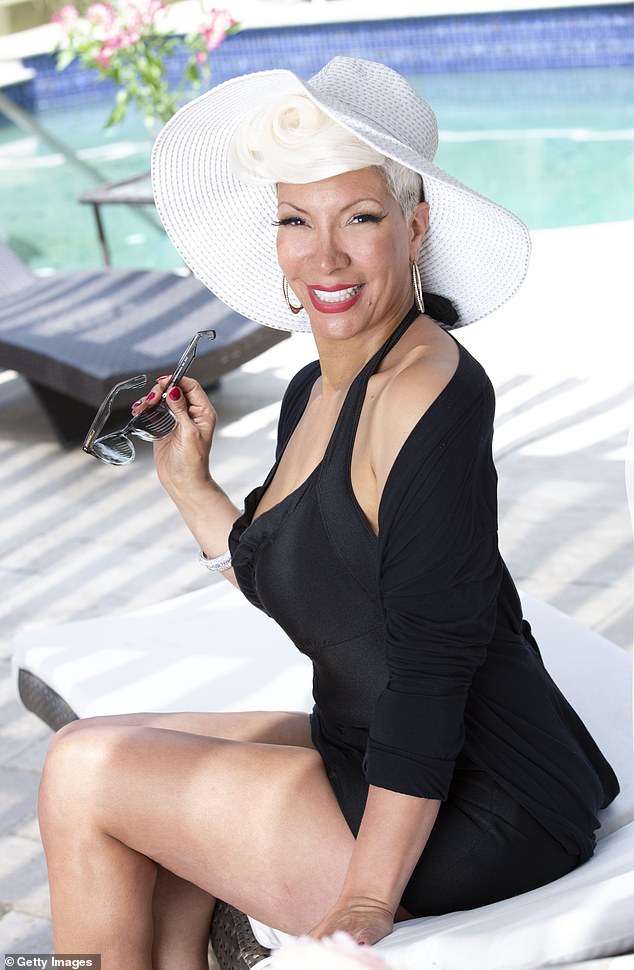 Courageous: Crews elected to have a double mastectomy, meaning all cancerous and precancerous lumps were removed, so she did not have to undergo radiation treatment; she is pictured in February 2014

As for Terry, his reaction was starkly more different.

‘My husband has watched me go through a lot, but the look on his face … he looked at me like I was going to die,’ she explained

‘He told me it felt like his insides were melting. I said, I need you to be strong for me, and he said, okay and hugged me, but I think he needed that hug.’

Crews underwent surgery on March 3rd with Terry, her pastor and best friend from college by her side at the hospital.

Since Crews elected to have a double mastectomy, all cancerous and precancerous lumps were removed, so she did not have to undergo radiation treatment.

But her recovery has been a challenge in the wake of the coronavirus outbreak. 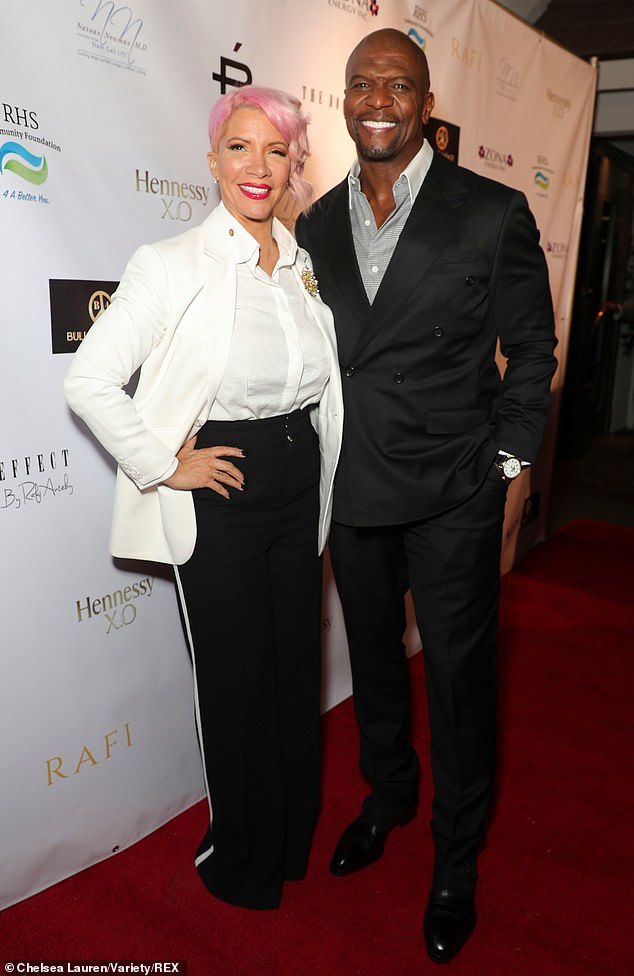 True love: Rebecca said Terry has been a source of comfort during these uncertain times over the last month or more

In these last few weeks, the couple have been worried about attending follow-up appointments with her doctors because of her compromised immune system due to her surgeries. And then there’s the confusion over post-surgery symptoms with those of COVID-19.

‘I’ve been so nervous, too, because a couple times I’ve woken up in the middle of the night with trouble breathing and thought, oh no,’ she said in reference to the coronavirus.

She did add that Terry has been a source of comfort during these uncertain times over the last month or more.

‘I have to give him his props because he’s been cooking for me, helping me bathe, and just really stepping up,’ she said before joking, ‘I tease him all the time, I’m like, did I have to get cancer to be treated like this?’ 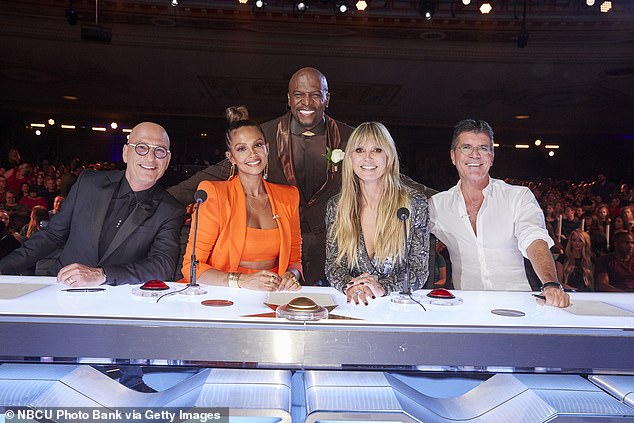 The couple maintain they’ve been practicing social distancing during their home quarantine with their two youngest children: Wynfrey, 17, and Isiah, 14.

The couple, who have been married for 30 years, are also the parents to daughters Azriel, 30, Naomi, and Tera, 21.

Rebecca shared the link to the People article chronicling her journey on her Instagram page.

‘Hope this helps others to keep up with their health,’ she wrote in the caption along with the hashtags: ‘#earlydetection #people #rebeccacrews #breastcancer #survivor #thankful’ 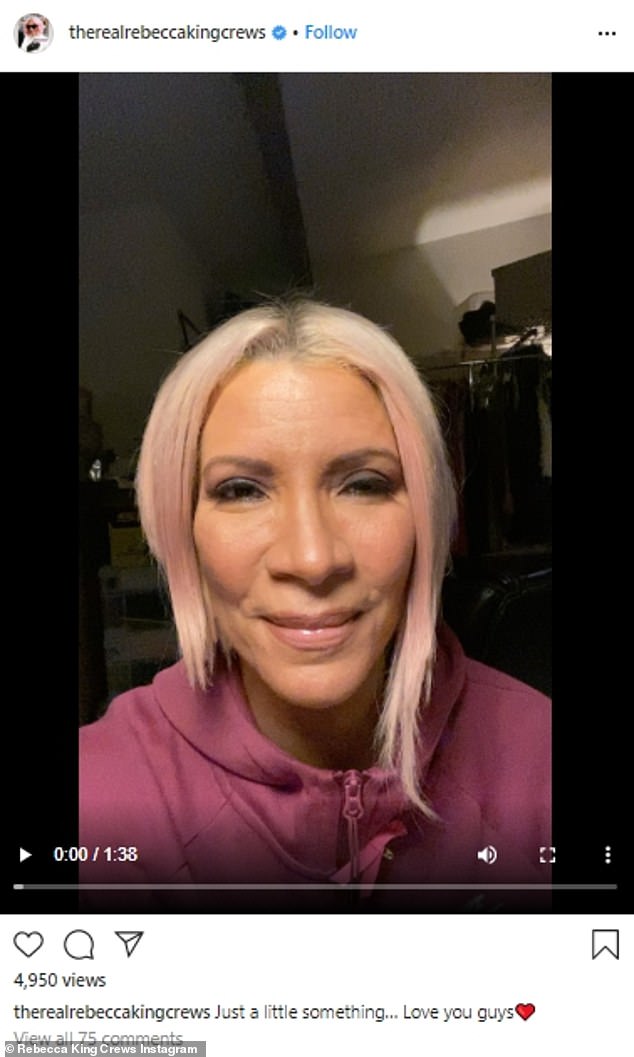 Universal language: Rebecca Crews has been making posts of herself singing in the weeks after her surgeries