Teresa Giudice reveals she has had breast augmentation

The Real Housewives Of New Jersey star broke the news with a lengthy note on her Instagram account.

’10 Years after my first Breast Augmentation I decided to have my breasts re-done. I am so thankful for Dr. Preminger @premingermd…. I was very nervous to re-do my breasts, but I felt it was necessary for me to feel like my best self,’ said the star. 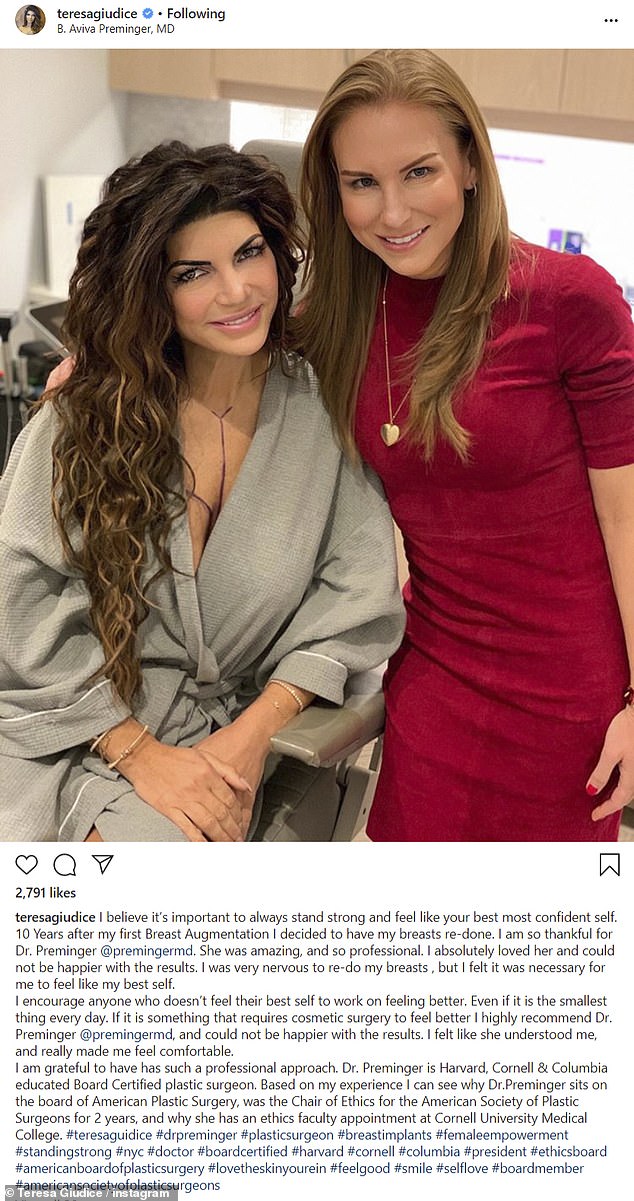 Big news: Teresa Giudice has breast augmentation again. The Real Housewives Of New Jersey star broke the news with a lengthy note on her Instagram account

She added, ‘I believe it’s important to always stand strong and feel like your best most confident self.’

And the TV vet also said: ‘I encourage anyone who doesn’t feel their best self to work on feeling better. Even if it is the smallest thing every day. If it is something that requires cosmetic surgery to feel better I highly recommend Dr. Preminger @premingermd, and could not be happier with the results. I felt like she understood me, and really made me feel comfortable.

‘I am grateful to have had such a professional approach. 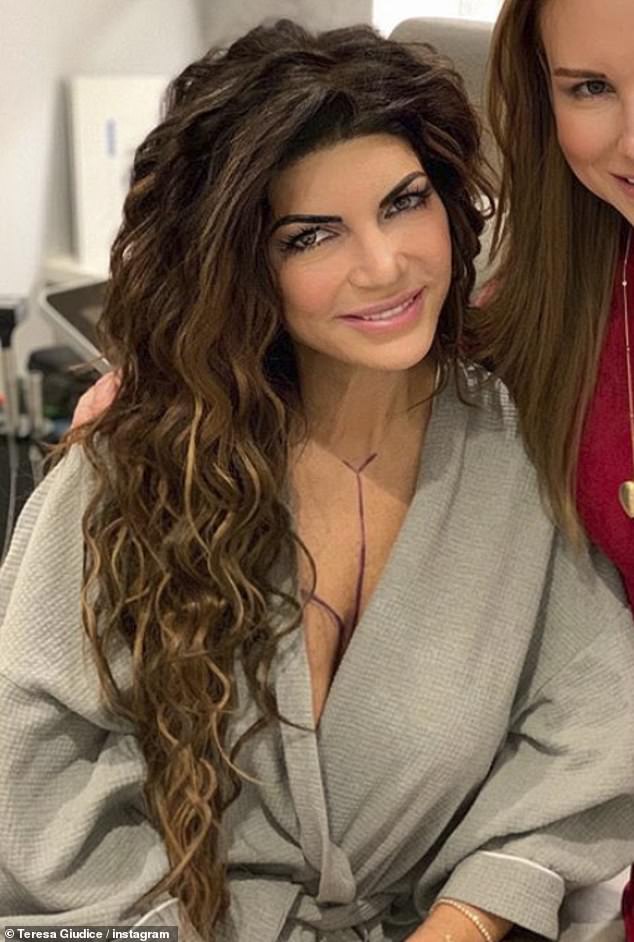 ‘Dr. Preminger is Harvard, Cornell & Columbia educated Board Certified plastic surgeon. Based on my experience I can see why Dr.Preminger sits on the board of American Plastic Surgery, was the Chair of Ethics for the American Society of Plastic Surgeons for 2 years, and why she has an ethics faculty appointment at Cornell University Medical College.’

The single mother then added several hashtags. One included, ‘Not a paid advertisement.’

In the photo, Teresa has on a robe as she poses with the doctor. 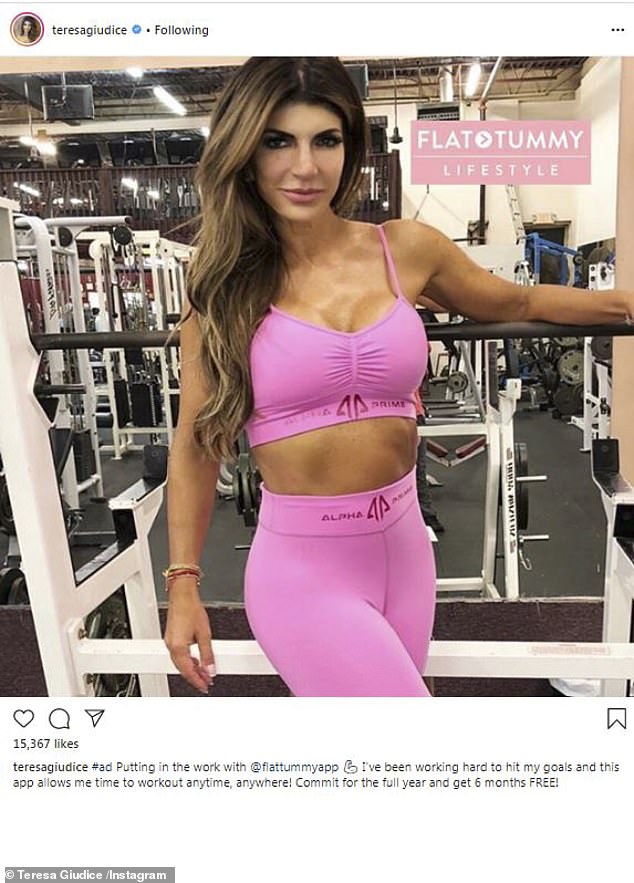 She is serious about looking good: The star works out daily; seen here last week in NJ 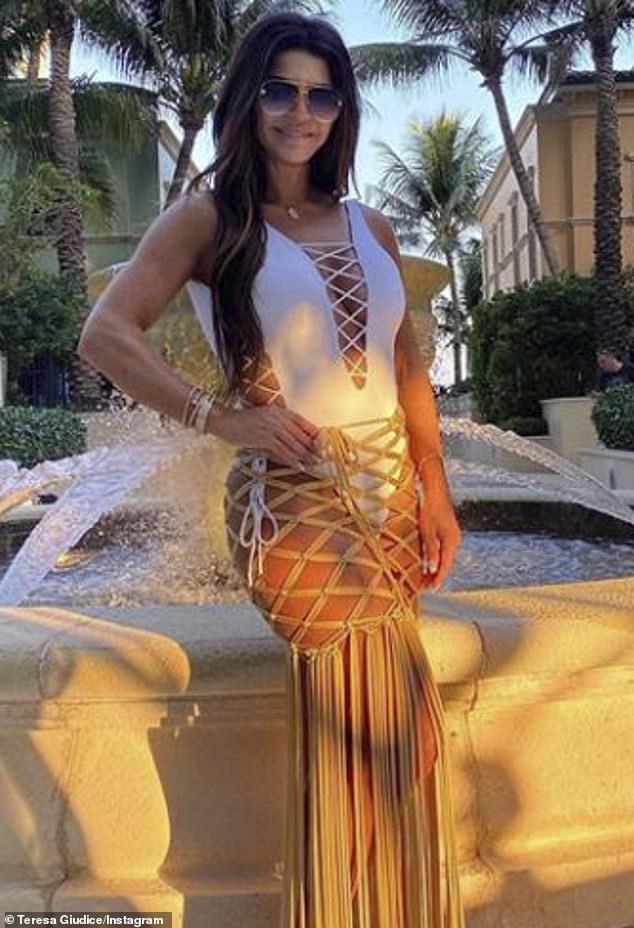 Sun’s out!! Giudice showed off her incredible figure in this bathing suit photo from last week 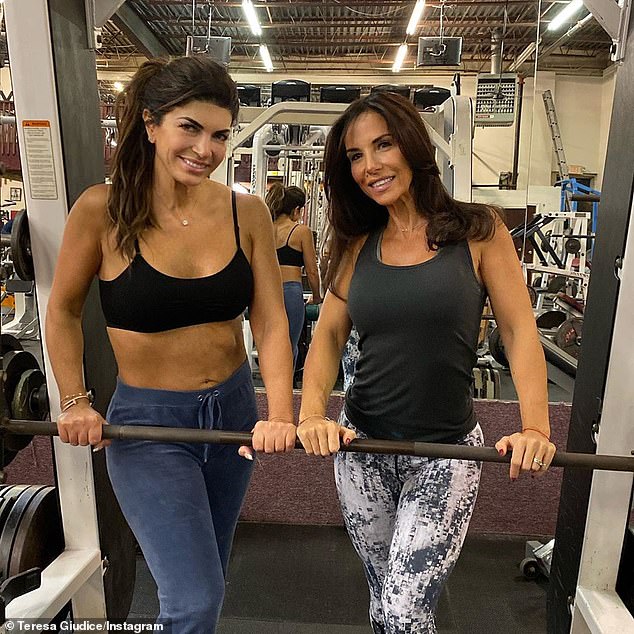 Staying on top of her workouts: Here she is seen earlier this month in the gym with a pal 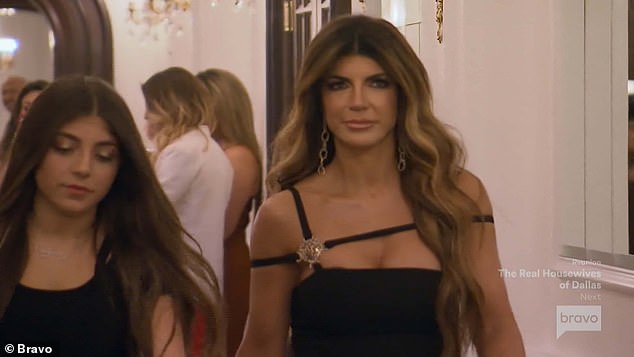 On her show: Here the star is seen in a low-cut dress on RHONJ

Last week the  47-year-old mother-of-four left very little to the imagination in her racy cut-out costume.

Teresa stunned in a white one-piece with a criss-cross suit that had a very low cut out in the front and down each side.

She teamed the look with a cover-up that barely did the trick with its cut-outs and hem.

The Real Housewives of New Jersey star accessorized with various bangles and a pair of shades over her eyes. 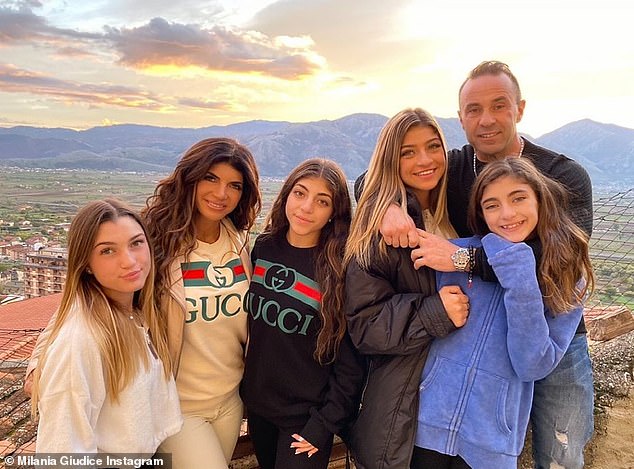 Meanwhile, Joe was seen with many bikini clad women in Mexico over the weekend.

Teresa’s surgery post comes after her estranged husband, Joe, recently confessed that she had ‘urged’ husband Joe Giudice to change before their split.

‘Don’t fall in! Whatever happens in our future, remember we were friends to begin with,’ he captioned a throwback photo with Teresa.

‘We will always stay strong. It’s not distance that breaks a couple it’s actions! I’m growing and learning more from today’s generation. egocentrism was thing in baby boomer and gen x era.’ 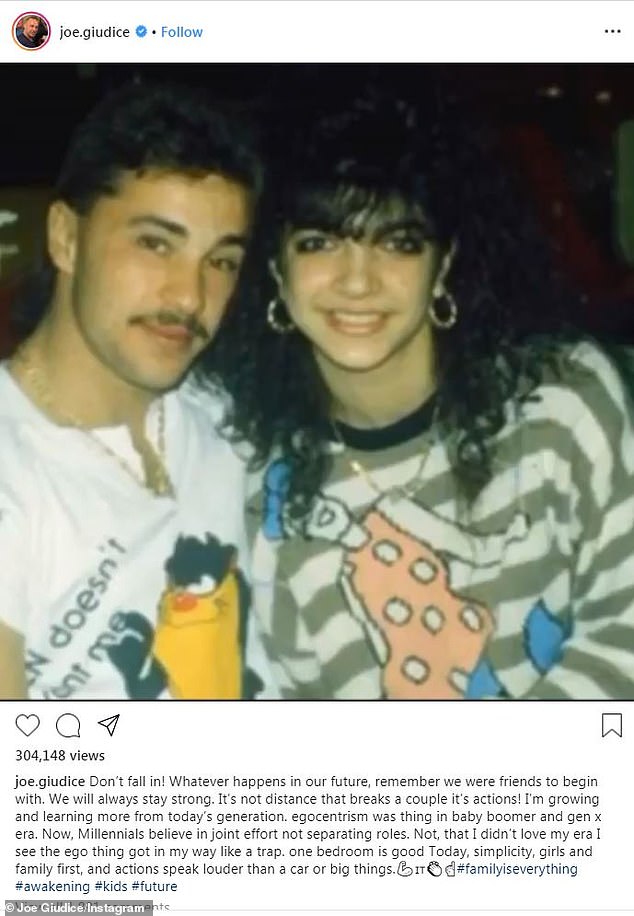 Final straw: Joe, recently confessed that she had ‘urged’ him to change before their split

He continued his deep spiel with: ‘Now, Millennials believe in joint effort not separating roles. Not, that I didn’t love my era I see the ego thing got in my way like a trap. one bedroom is good Today, simplicity, girls and family first, and actions speak louder than a car or big things.☝️#familyiseverything #awakening #kids #future.’

The pair confirmed their split in December.

‘Teresa and Joe have separated, but have no plans to divorce yet, a source told Us Weekly at the time. 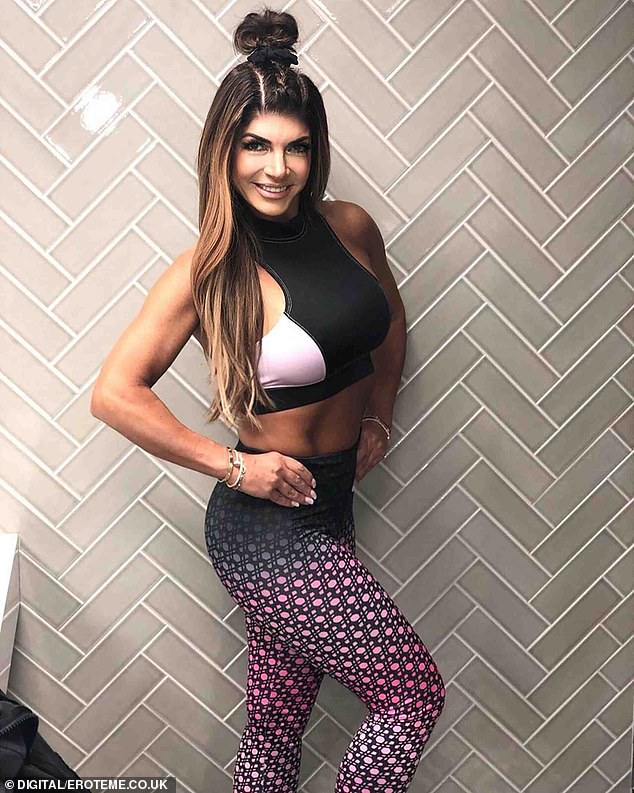 Giving a good pose: The siren in an Instagram photo where she had on a bra top

‘Teresa and Joe talked about their future when she and the girls were in Italy and decided it was best for them to separate.’

Joe has spent much of the past few years behind bars in connection to his 2014 guilty plea to mail, wire and bankruptcy fraud charges.

Teresa spent most of 2015 in custody in her 11-month sentence in her related conviction, while Joe in March of 2016 started serving his 41-month sentence.

Because Joe was not a U.S. citizen – the reality star was born in Saronno, Italy and brought to the United States when he was a year old, never applying for citizenship – federal authorities ordered him deported due to legal statutes related to ‘a crime of moral turpitude’ or ‘aggravated felony.’

Joe concluded his sentence at Fort Dix, New Jersey’s Federal Correctional Institution this past March, and was held in ICE custody until he was deported to Italy October 11 amid an appeal in the case.

The UK's hottest day so far this year – in pictures