TENS of thousands of care workers face the sack within weeks if they don’t get a Covid jab.

NHS figures show 39,000 care home staff in England still had not had their first vaccine by Monday – despite first getting the offer in January.

Many will now miss the deadline to get double-jabbed before it becomes a legal requirement on November 11.

The eight-week gap between doses means Thursday was the cut-off for the first jab.

Unions warn the already short-staffed sector will take a huge hit from the tough rule and some homes could even be forced to close.

Rachel Harrison, of the GMB workers’ union, said: “Even in a best-case scenario we will lose tens of thousands of key workers if the jab is forced on them.

“How will care bosses deal with these huge staffing vacancies? How can they reassure people that residents will receive safe care?”

Unison’s Christina McAnea added: “Instead of encouraging much-needed recruitment into care, the government is actively driving experienced staff away.”

Insiders said homes could be forced to break the law and bring in unvaccinated staff just to stay open.

Ministers ruled over the summer that carers who are not double-vaccinated will not be allowed to work in care homes from November.

The new law, which could be extended to NHS staff, is to protect those at highest risk from the virus – 30,000 care home residents have died since the pandemic began.

Care workers have had nine months to get a jab but take-up has stalled at 93 per cent despite efforts to encourage hesitant staff. Almost 85 per cent are already fully vaccinated.

A small number may have medical exemptions from vaccination but these are rare.

A Department of Health spokesperson said: “Our message is clear: vaccines save lives and it is our responsibility to do everything we can to reduce the risk for vulnerable people in care homes.”

Happiness and wellbeing of UK ‘deteriorated’ in 2020, ONS finds 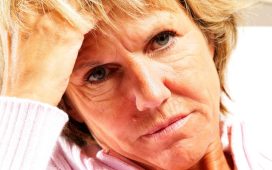 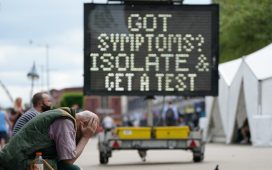 Nearly as many people in England have Covid-19 now as during second wave peak, figures reveal

Covid: how did error over wrong PCR test results in UK happen? 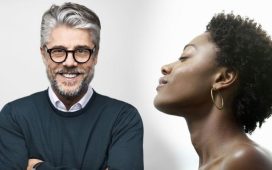 How to live longer: Six proven lifestyle habits and practices to help boost your longevity