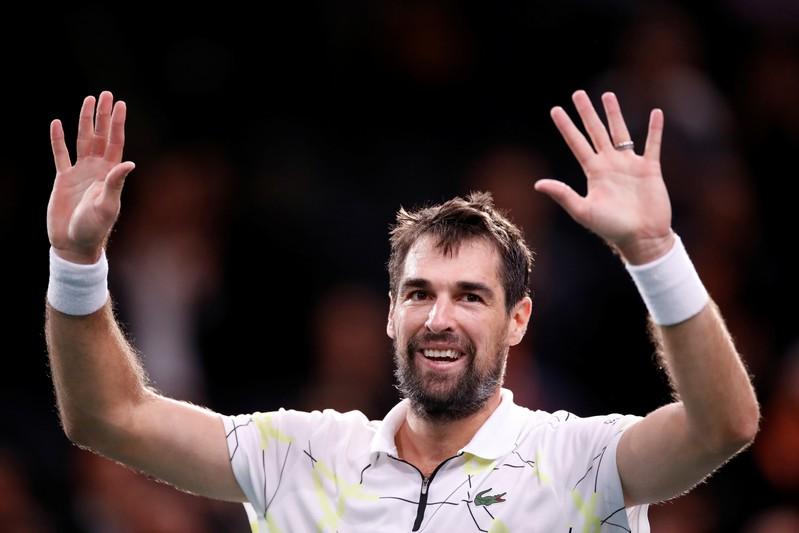 Medvedev, who will make his debut at the ATP Finals next month after a barnstorming season, lost for the first time since the U.S. Open final, going down 4-6 6-2 6-4.

The 29-year-old Struff finished off the eighth seed with a superb smash from the baseline.

Medvedev was on a nine-match winning run taking in St Petersburg and Shanghai where he took his tally of titles this season to four, but he came up against an inspired Chardy.

The Russian, who had reached six successive finals, looked in control when he took the first set but he ultimately paid for failing to convert 14 of the 15 break points he carved out.

Chardy even saved one as he served for the match in the decider, going on to reach the third round at the Paris event for the first time at the 10th attempt.

Chardy will face Chile’s Cristian Garin or 2016 finalist John Isner of the U.S. in the next round.

Struff chiseled out a tough first set with a backhand winner at 5-5 in the tiebreak before serving an ace.

Khachanov roared back to win 12 of the first 17 points of the second set on his way to leveling.

Struff let slip a 3-1 lead in the decider but broke again when Khachanov served at 5-6.

Alexander Zverev, who won last season’s ATP Finals and is bidding to take one of the remaining two slots for this year’s event with a strong showing in Paris, was up against Fernando Verdasco in the last match of the day.