Vegetarians, vegans and one in 10 people over 75 are thought to suffer from a deficiency of the nutrient vitamin B12, but don’t worry because it can be easy to spot if you know what to look for

Tackling a B12 deficiency can be easily done (

Cobalamin, also known as vitamin B12, plays a part in the smooth running of the metabolism, and is a key nutrient in the production of red blood cells and maintaining a healthy nervous system.

Certain groups are often at risk of a deficiencies, including vegetarians and vegans, who can struggle to get enough as it isn’t a nutrient plants require. This means it isn’t as readily available in in non-meat eaters’ day to day diets.

The other group known to struggle from a lack of it is elderly people aged over 75, with on in 10 of this group thought to have a deficiency in it due to the body becoming unable to absorb it efficiently.

What are the telltale signs of B12 deficiency?

An uncomfortable twitching around the eyes can be a way to identify the deficiency, and while not the only thing to look out for it can be quite a significant change that can be picked up on easily.

The condition is known as eye blepharospasm, and is thought to be reversible through the administering of B12.

The Journal of Neurology India say: “Blepharospasm can be a rare manifestation of vitamin B12 deficiency, which is reversible with therapy.

“Vitamin B12 levels and homocysteine levels should be tested in patients with blepharospasm in whom there is no obvious cause for blepharospasm.”

However it is not the most common symptom of a deficiency and there are other signs to be aware of too.

It is also important to pay attention to the extremities of the body, which due to their sensitivity to touch can be a common flash point for the condition – which affects the nervous system – to manifest.

Pins and needles and burning sensations can occur as a sign of low levels. This is because the sheath that protects your nerves can become damaged causing a condition called peripheral neuropathy.

Other symptoms to look out for include fatigue, pale skin, pins and needles and sore red tongue.

What are the main symptoms of Vitamin B12 deficiency?

According to the NHS, the common symptoms of a vitamin B12 deficiency include:

How to treat a B12 deficiency

B12 is commonly found in foods made by animals, and so meat eaters are less likely to suffer from a deficiency. Fish, meat, eggs and diary are good sources of it.

If you are struggling with a dietary deficiency then supplementation may be the best way to go.

If you are unable to absorb the vitamin then doctors are able to prescribe a B12 infection – a top up approach administered over a period of six weeks.

The UK government recommends 1.5mg of B12 per day for adults.

If you think you might have a deficiency get in touch with your doctor or visit the NHS advice site here. 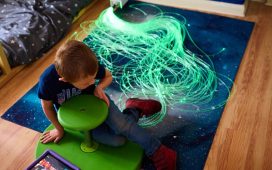