As part of the three-year deal, Benfica’s FIFA team will now compete as Benfica Teleperformance.

As the team’s official sponsor Teleperformance also will actively participate in the strategy and talent development of the department. Teleperformance will provide Benfica’s esports team with a ‘gaming centre’ equipped with cutting-edge equipment and technology.

The centre will seemingly be situated within Teleperformance’s new €1.2m (~£1.0m) esports arena, which is located in Lisbon.

Besides FIFA, Benfica’s esports division also announced plans to add more titles to its competitive roster. For now, Benfica Teleperformance plans to compete in the eLiga Portugal and the FPF eFootball tournament, as well as competitions which will lead the team to the FIFAe World Cup.

Benfica first announced its foray into esports in 2020 by signing Brazilian player Henrique ‘Zezhino’ Lempke as its first esports player. The club has confirmed it will continue to focus on digital and new forms of interaction with its fans, particularly through gaming and esports.

Augusto Martínez Reyes, CEO of Teleperformance Portugal, commented on the partnership: “We developed the Arena Gaming project and we were looking for the right partner to join this project with us and take it to a higher level. Benfica is one of the biggest clubs in Europe and the world and has a huge number of fans not only in Portugal but all over the world.

“A big part of our employees are Benfica fans and have a passion for gaming and we are happy and excited to embark on this partnership with a club that represents the same principles and ambitions as Teleperformance. We look forward to seeing where this project will take us.” 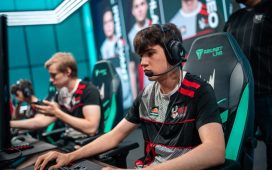