The pandemic is changing the way the Gen Z age group spends money and is causing teens to tighten the purse strings like never before.

“This year in particular, spending was at the lowest we’ve seen in the two decades that we’ve conducted this survey,” she said.

A Piper Sandler survey finds teens spent about $2,150 this year, a 9% drop from last year. It’s a trend that’s at least partly a result of the pandemic.

Spending on cosmetics dropped 20%, and apparel was down 11%, with Nike as the number one brand.

One area that bucked the trend, video games.

“Videogames moved from 8% of the total wallet to 10% of the wallet,” Murphy said.

Another change is in the way teenagers shop. The pandemic drove them out of stores and online. About 90% now said they spend money on e-commerce.

Alexis Burkhalter is a high school junior in Columbus, Ohio, and until the pandemic, she enjoyed trips to the mall.

“I think it was really just a good way to hang out with your friends, get stuff you need,” Alexis said.

Alexis said she never shopped online before this year, now she spends about $120 a month on the Internet, money she earns doing chores.

“I want to be sad for myself that I can’t see my friends as much and hang out with my friends, but I just know people are in a worse situation than I am,” Alexis said.

In fact, nearly half of all teens think the economy is getting worse, which could mean more belt-tightening in the future.

The survey included teens between the age of 13 and 19, from households with an average yearly income of about $67,000.

Americans of all ages are spending more on video games – VentureBeat 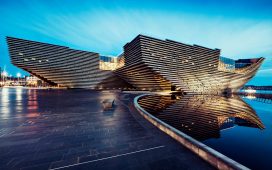 Spotify Wrapped 2020: When you could see your most played songs stats, and what the overall UK data says